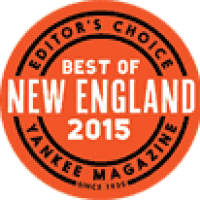 The heritage of The Rocks reaches from the pastoral beauty of the 1800s through the property's modern day role as a conservation and education center for the Society for the Protection of New Hampshire Forests.

The rambling stone walls and carefully restored historic buildings at The Rocks evoke the pastoral beauty of the turn of the 20th Century in New Hampshire. Now home to the 1,400-acre North Country Conservation & Education Center for the Forest Society, The Rocks was for many years the summer home of Chicago businessman and International Harvester cofounder John Jacob Glessner and his family.

In 1978, two of John and Frances Glessner's grandchildren donated the 1,400-acre Rocks, including 22 buildings, to the Forest Society, with the requirement that there always be a crop in the field. For more than three decades, that crop has been Christmas trees, and people come to The Rocks from near and far each year to find their perfect tree.

The Forest Society offers a host of other activities at The Rocks throughout the year, from the popular springtime Maple Tours and school programs to various natural history talks and customized experiential tours for small groups. The trail system at The Rocks is open daily to visitors.

After a devestating 2019 fire, the Forest Society has emarked on a renovation and restoration project that is ongoing at The Rocks.

LEARN MORE ABOUT RESTORING THE ROCKS

The Rocks is home to several species of native animals, from bear and moose to wild turkey, spotted salamanders, and countless bird species. Many of these animals, their habits, and their habitats are featured in our Natural History Programs, offered at The Rocks and other venues throughout the year.

As part of a nonprofit organization, The Rocks relies on the service of volunteers to meet its mission.

The Rocks has a number of professional affiliations and distinctions. 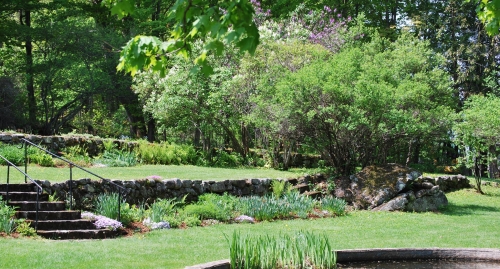 Original owner Frances Glessner took pride in her gardens during the early 20th century, which are still maintained today.

History of The Rocks

John Glessner, his wife Frances, and their children George and Fanny began visiting New Hampshire's North Country in 1878, seeking refuge in the clean mountain air for George's hay fever during the summer months. In 1882 Glessner purchased a 100-acre farm from Oren Streeter for $2,300. He had the Big House, the family's summer residence, constructed in the Queen Anne Style of architecture in 1883. Designed by Isaac Elwood Scott, the 19-room mansion was situated high on a hill, with spectacular views of the White Mountains. Over the years, the Glessners constructed various buildings, built elaborate gardens (including a formal garden designed by Frederick Law Olmsted's company), and added land to their Rocks.

The family would travel each summer via train from Chicago, with several servants preceding them to prepare the property for the Glessners' arrival. The Rocks boasted a windmill, green house, bee house, observatory, and many other structures. Although the Big House and other residences at The Rocks were removed in the late 1940s, many of the property's original buildings have been restored and are in use today. The Rocks is listed on the National Register of Historic Places.