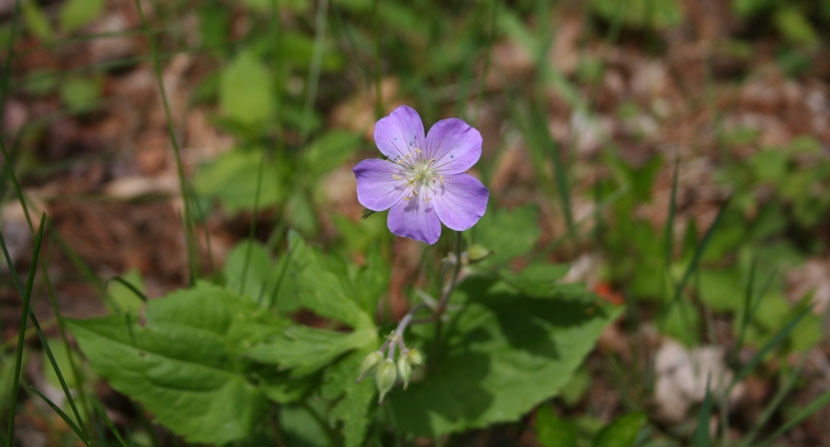 Spring wildflower at Powder Major's Forest in Durham, Madbury, and Lee. A grant from the Land and Community Heritage Investment Program helped to conserve the property in 2016.

On May 28, the House Ways and Means Committee will vote on SB 74 which aims to increase the level of funds the State provides LCHIP each year. As you may know, the source of LCHIP’s funding is a twenty-five dollar fee charged on four types of documents that are recorded at the County Registry Offices. In the current state budget, the fee supported approximately $3.5 million in grants. The bill proposes to raise that fee by ten dollars starting on July 1, 2019. This increase will bring in an estimated additional $1.5 million annually for the program.

The New Hampshire Senate approved the bill by a vote of 16-8 in March. The New Hampshire House of Representatives has also already taken one vote in support on May 2 by a vote of 214-144. However, under House rules, because the bill proposes to raise a fee, the Ways and Means Committee must also hold a separate vote on it and then send it back to the House for a second vote.

The earlier action by the full House shows the depth of the backing for LCHIP in the Legislature.  It will be important to reinforce that vote by getting an equally strong vote first in the Ways and Means Committee on May 28 and then again in the full House.

The Forest Society continues to support the bill. We encourage readers to contact members of the Ways and Means Committee in support of SB 74. Let them know how the program has impacted your community and highlight these points:

View to see all past LCHIP projects listed by Town.

Some of the Forest Society's recent LCHIP-supported projects include the Manchester Water Works Project in Auburn, Mt. Major in Alton, The Merrimack Riverfront in Hooksett, Powder Major's Forest in Madbury, Durham, and Lee, and Stillhouse Forest in Canterbury.

Legislators may ask questions or raise concerns about SB 74. Here are responses to potential issues which may be raised during these calls:

A:  The blue ribbon commission that proposed the creation of LCHIP in 1999 identified a need for $12 million a year to meet the need for conservation and preservation at that time.  LCHIP has never received anything near that amount per year.  Furthermore, the current value of that 1999 $12,000,000 is now $23,000,000.

Q: There have been no projects in my town so why should I support?

A: LCHIP can only fund projects for which it receives applications.  If the legislator feels there are worthy projects in the community/communities they represent, he or she should encourage the townspeople with an interest in land conservation or historic preservation to consider LCHIP as a possible source of assistance.

A: The fee is actually being increased by only $10. It was first implemented in 2009 but has not been raised since that time. Requests for funding from LCHIP have risen over that time.

A: Yes. Nearly all historic preservation projects employ local contractors for their work, contributing substantially to both wages and opportunities for people to work in and learn about traditional building skills. Natural resource projects employ local land use specialists, natural scientists, appraisers and surveyors. Also, LCHIP projects draw half a million or more visitors a year, many of them who also spend money locally on food, lodging and souvenirs. Outdoor recreation is an important part of NH’s economy. Protecting open space means protecting the economic opportunities which contribute to the outdoor recreation economy.

Q: Isn’t the request for an increase in the fee premature?

The trend in income from the current fees is actually leveling out and dropping slightly.  Cost of projects continue to increase as land, construction materials and workers become more expensive.