227 acres in Madbury, Durham and Lee to be conserved
Land Conservation 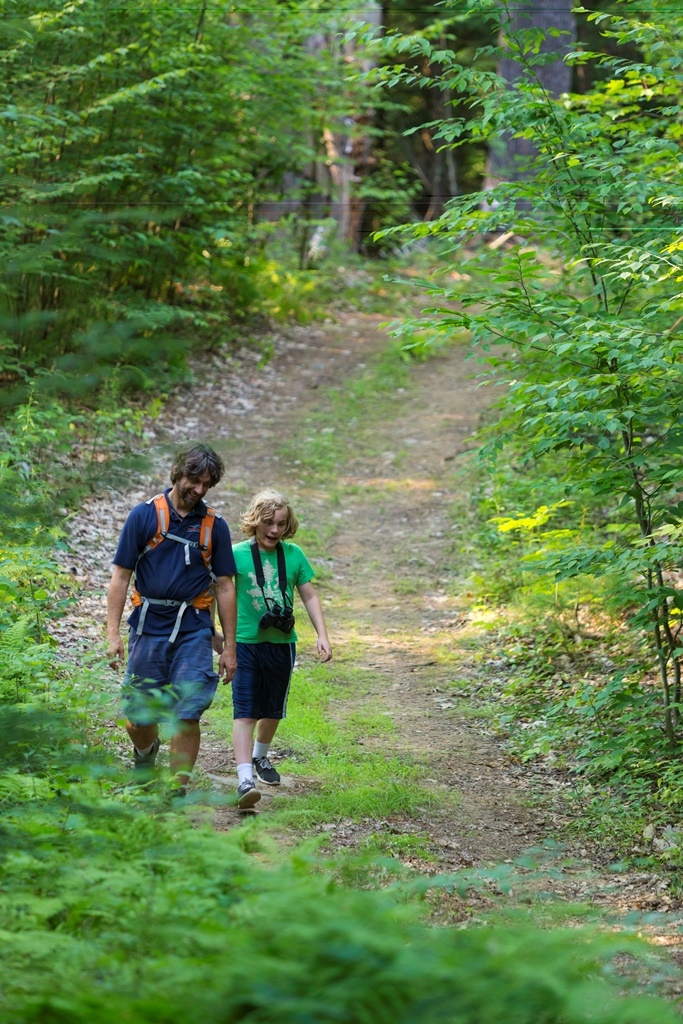 The land proposed for the Powder Major's Farm and Forest hosts a segment of the Oyster River, recreation trails, working forest and agricultural land. Photo by Jerry Monkman / EcoPhotography

Dec. 17, 2015 – Buoyed by a $380,000 grant from the state’s Land and Community Heritage Investment Program (LCHIP), the Society for the Protection of N.H. Forests (Forest Society) has begun a fundraising campaign to create a forest reservation on land in a prime location for development in Madbury, Durham and Lee.

The Forest Society is working to buy a 195-acre property at the juncture of the three towns to create a forest reservation that will protect Durham’s drinking water supply, public access for recreation, wildlife habitat and working forest. The project includes the purchase of a conservation easement on an abutting, 32-acre agricultural property also owned by the Goss family. The Forest Society must raise $2.25 million for both purchases.

The Oyster River travels a mile through the bigger parcel, which is located within a Source Water Protection Area and overlies an aquifer. The Oyster River is the drinking water source for the town of Durham and for UNH. The N.H. Natural Heritage Bureau has documented two state-listed wildlife species on the property, and the Oyster River corridor is home to at least 12 rare, threatened or endangered plants and animals.

Both parcels have ties to local Native American and Revolutionary War history. Conserving them will prevent them from being sold into development for housing lots.

The land, along NH Route 155, once belonged to Maj. John Demeritt, who became known as the “Powder Major” after storing gunpowder in his barn and delivering it to the Continental Army for use in the Battle of Bunker Hill during the Revolutionary War. The land is also culturally significant as the planting grounds of a Native American leader named Chief Moharimet, for whom the school district’s nearby elementary school is named.

In addition to the LCHIP grant, the Powder Major’s Farm and Forest project has won several other start-up grants:

* $148,000 from the Aquatic Resources Mitigation grant program administered through the N.H. Dept. of  Environmental Services

“We are thrilled to have a chance to conserve land in the Seacoast Region, and this land in particular since it is such an important community resource,” said Jane Difley, the Forest Society’s president/forester. “We’re grateful for the state and regional grants we’ve received to help us build momentum for keeping this land open and undeveloped, in keeping with the conservation goals of the towns of Madbury, Durham and Lee.”

“But the LCHIP board was convinced that the project’s protection of wildlife habitat and public drinking water supplies, working farm and forest land, and access to undeveloped, open spaces for children and adults was worthy of our support, ” she said.

“This project is an opportunity to protect a long-time conservation priority in the Great Bay region,” she said. “The Powder Major Farm is a central property in a three-town greenbelt effort and a focus area of the Coastal Watershed Conservation Plan. In regional context, the property abuts and enlarges other conservation lands including two town-owned conservation easements and wraps around a recently acquired town property.”

The conservation commissions in the towns of Madbury, Durham and Lee are collaborating with the Forest Society on the project. Each commission will present the project to their respective communities and ask them to support the project financially in proportion to the acreage within their town lines.

Bill Humm, chair of the Lee Conservation Commission, said a recent town survey showed that conserving open space and natural resources ranked near the top of residents’ concerns, and natural resource mapping shows the area covered by the Powder Major project is a priority for conservation.

“The Goss Farm parcel is among the highest rated in northeast Lee,” he said.

The Forest Society has until the fall of 2016 to raise the remaining $1.7 million to meet the deadline on the purchase-and-sales agreement with the landowners. More information about the project can be found at https://www.forestsociety.org/project/conserve-powder-majors-farm-and-forest-seacoast-region