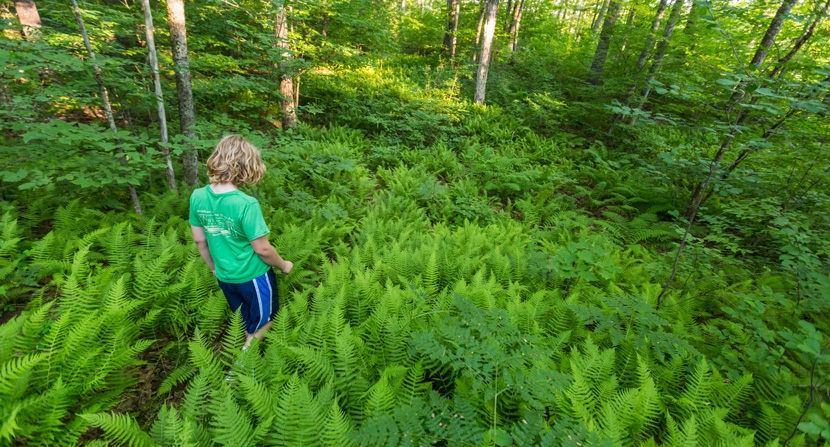 A grant from the Land and Community Heritage Investment Program helped to conserve Powder Major's Forest in Durham, Madbury, and Lee, NH in 2016. Photo by Jerry Monkman/Ecophotography.

On March 28, the New Hampshire Senate approved Senate Bill 74, which proposes to increase the number of grants the New Hampshire Land and Community Heritage Investment Program (LCHIP) can award. Since 2008, LCHIP grants have been supported by a $25 fee charged on four types of documents that are recorded at the County Registry Offices. SB 74 proposes to raise that fee to $35.

The Forest Society testified in support of the bill during its hearing before the Senate Energy and Natural Resources Committee. The bill now moves to the House of Representatives for consideration. We expect the House Committee on Resources, Recreation and Development to vote on the bill on Tuesday, April 16. It then will most likely have a vote before the full House on April 25.

During the vote on the bill before the full Senate, Senator Bob Guida introduced an amendment that would establish a legislative study committee to look at the economic impact of land conservation. This amendment was then approved by the Senate. Section #2 of SB 74 describes the purpose of this study committee.

Unquestionably, land conservation provides significant benefits to our state as a whole and to the communities in which specific conservation projects are located. The protection of drinking water resources, the creation of outdoor recreation opportunities and the strengthening of the forest products industry are just a few of the positive results we have seen from this work.

It is therefore unfortunate that the language in SB 74 creating the study committee appears to make an automatic assumption that land protection and the development of affordable housing are inherently in conflict. A more constructive approach would have been to assume both are desired outcomes and examine how interested stakeholders can work together to further these goals.

However, despite the shortcomings with the proposed study committee, the Forest Society continues to support SB 74. Increasing the resources available to LCHIP will allow it to fully realize the vision for New Hampshire in 2050 which the program’s Board of Directors have set.

Please contact your representative in the New Hampshire House of Representatives in support of the bill.  Let them know how the program has impacted your community and highlight these points:

Click here to see all past LCHIP projects listed by Town.

Some of the Forest Society's recent LCHIP-supported projects include the Manchester Water Works Project in Auburn, Mt. Major in Alton, The Merrimack Riverfront in Hooksett, Powder Major's Forest in Madbury, Durham, and Lee, and Stillhouse Forest in Canterbury.