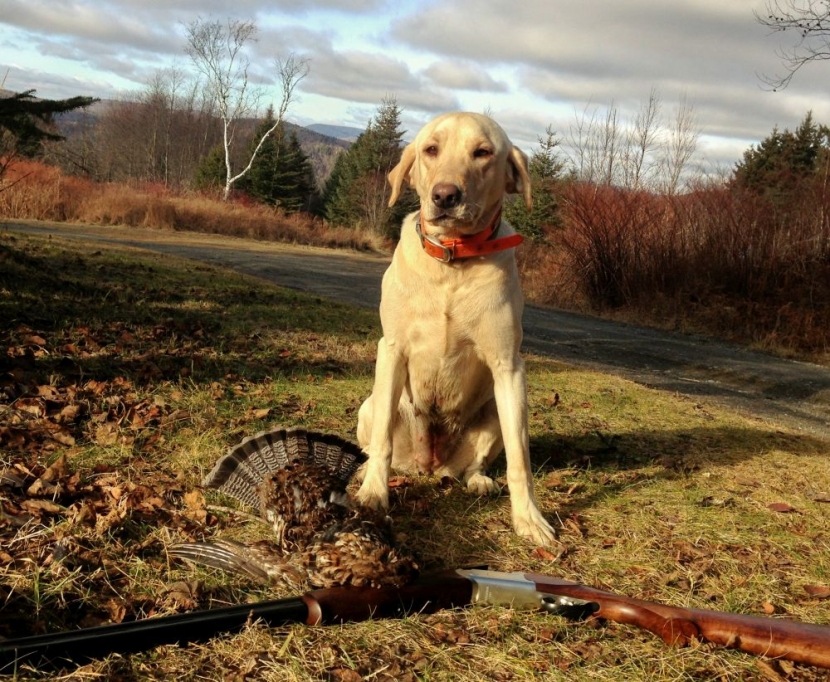 More than once, a dyed-in-the-plaid-wool hunting jacket, old-timer has reminisced to me about legendary game bird and deer hunting opportunities of their youth in 1940’s and ‘50’s New Hampshire. And then, just as often, wistfully lamented: “Those woods have all grown up now and there’s no hunting like THAT anymore.”

Beauty is in the eye of the beholder. A common misconception is that doing nothing with a given tract of land perpetuates a status quo forest- where no management equals no change. Right?

Wrong. Mature forests grow slowly. Change is nearly imperceptible. Yet open, scrubby fields and clearings grow all-too-quickly from thickets of young saplings to shady dense forests of pole-size timber with a closed canopy of shade.  As March sunshine returns to our northern latitude, this is an excellent time to remember that sunlight is the coin of the realm for northern trees. The more sunlight, the faster the rates of growth.

Sunny openings are created via periodic logging, clearing areas sufficiently large enough to regenerate sun-loving forests which include our State tree: Paper birch. But saplings are a transitional stage of wildlife-rich habitat lasting only a decade or two before reverting to more mature forest conditions: large trees and dense shade. The suite of sun-loving, “pioneer tree” species are now becoming much less common in southeast and central NH as our state’s forests grow older and larger.

Perhaps THE most important pioneer tree species is aspen, also called as “poplar.” Along with its sun-loving cohorts, pin cherry, fire cherry and white birch, these pioneers create a dense, almost impenetrable thicket of stump sprouts and seedlings equivalent to a DeMoulas Market Basket of the forested landscape- the wildlife supermarket.

“Each tree provides a smorgasbord of leaves, stems, branches, buds, flowers, seeds or fruit or nuts, roots, sap and bark that is gnawed, chewed, bitten, nipped, swallowed, shredded, rolled, drained, skeletonized, perforated, peeled, masticated, and sucked dry by animals from moose to mites. As a source of wildlife food, the fast-growing, fast spreading lowly aspen for instance has few rivals. Beaver eat its inner bark and use the de-barked sticks to build dams and lodges. Moose browse the foliage, strip the bark and chew the twigs… Ruffed grouse depend on aspen buds; each grouse requires 12 to 14 mature trees for its winter food supply. In spring grouse eat the catkins. Purple finches just eat the buds, porcupine the bark and snowshoe hare the twigs. Meadow voles gnaw the bark, white-tailed deer rip off the leaves. Suckers (fish) vacuum up the seeds that settle to the bottom of the Contoocook river and No-name brook. Even red foxes find aspen of value; they chew off the resinous buds.” 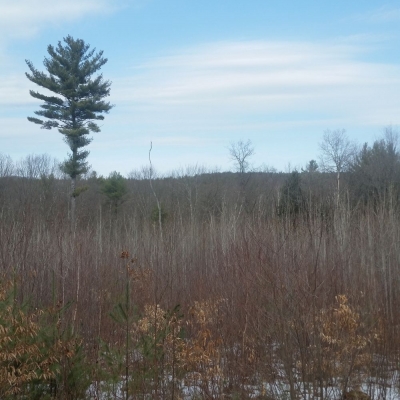 For each 10 to 20 acre patch of sapling aspen, there’s a corresponding suite of local wildlife species dependent upon the young forest. Yet these wildlife species are becoming harder to find as forests mature statewide. Over the past few decades, less farmland reverts annually to young forest and few large scale clear-cuts occur in southern woodlands. Clearcutting is more often the precursor to conversion from forestland to new asphalt, roads, curbs, manicured lawns, horticultural landscaping for homes and business development.

Forestry in more populated regions of southern New England has tended toward small openings removing individual trees and small groups through “group selection” cutting to perpetuate partial shade in what foresters refer to as “uneven-age management.”  Larger scale clearcuts - growing trees like an outsized cornfield - via “even-age management” has fallen out of favor as the public expresses limited understanding of the role for large openings and less acceptance for disruptive appearance of clearcuts.

As a direct consequence, quality upland game bird habitat for ruffed grouse and woodcock is becoming harder to find. Autumn game bird hunting traditions have long been a mainstay and ruffed grouse the quarry of choice for hunters working highly-skilled birddogs.

I know one die-hard “grouse gypsy” in particular who studies aerial maps and asks locals about areas that were cut in the past decade before wandering over west-central and northern NH in search of new areas to hunt partridge and woodcock.

Organizations including the Ruffed Grouse Society (RGS) have embarked on an ambitious and compelling public outreach campaign to link healthy forest, abundant wildlife and sporting traditions. The website: http://www.ruffedgrousesociety.org features links to videos and more. “Project Upland” is their focus on conservation for disappearing Ruffed Grouse populations in eastern Massachusetts and Southern New Hampshire.

The principal threat to partridge and woodcock is the lack of young forest. The RGS advocates for a coordinated, region-wide forest management approach to maintain areas of sufficient size and a diversity of forest ages rather than a stark choice of either no forest vs. older, mature growth. Most areas of Southern New England contain roughly 2% young forest growth. Their goal is to increase that to 10% to 15% young forest – for all wildlife which find food and shelter in the ephemeral stage critical to young forest species. Learn more at Project Upland. http://projectupland.com/articles/ruffed-grouse-conservation-matters.

Beyond grouse and woodcock, many other species of wildlife are specifically adapted to life in young, regenerating forests. These include snowshoe hare, fox, deer and numerous colorful songbirds. The stunning indigo buntings, blue winged warblers and more-common chestnut-sided warblers are young forest specialists. I hear fewer chestnut sided warblers each spring. Their familiar “see-see-see Miss Bee-cher” spring song is the sound of a 5 to 15 year old hardwood sapling forest where chestnut sided warblers build nests – but not for long. The little songsters disappear from forests approaching age 20.