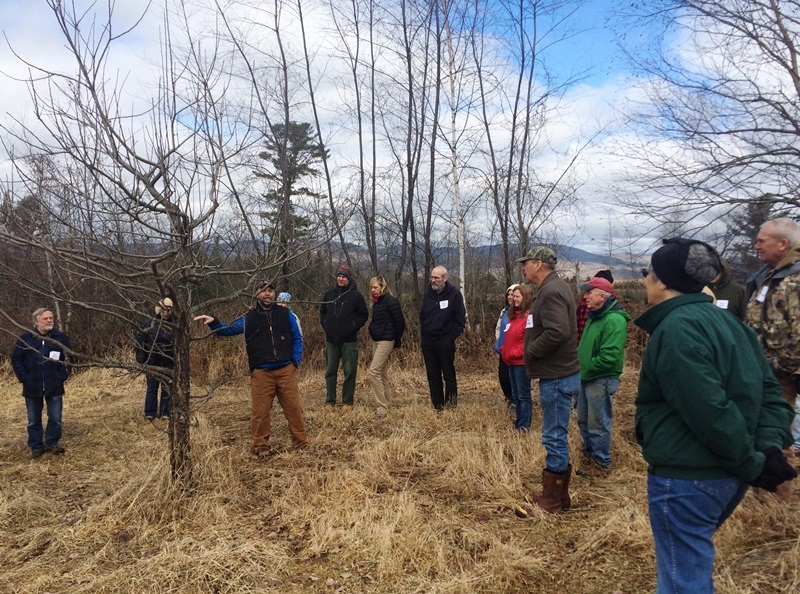 Attendees observe a wild apple tree that has been pruned annually for several years.

On March 16, 22 people gathered at the Forest Society's Rocks Estate in Bethlehem to learn pruning techniques for wild apple trees. Within the group there were new landowners, dairy farmers, hobbyist gardeners, and those who just wanted to tame that apple tree that got out of control over the past few years. The morning began with a presentation from North Country Director Nigel Manley on the best tools, timing, making better pruning cuts, and why to bother with these overgrown fruit trees. 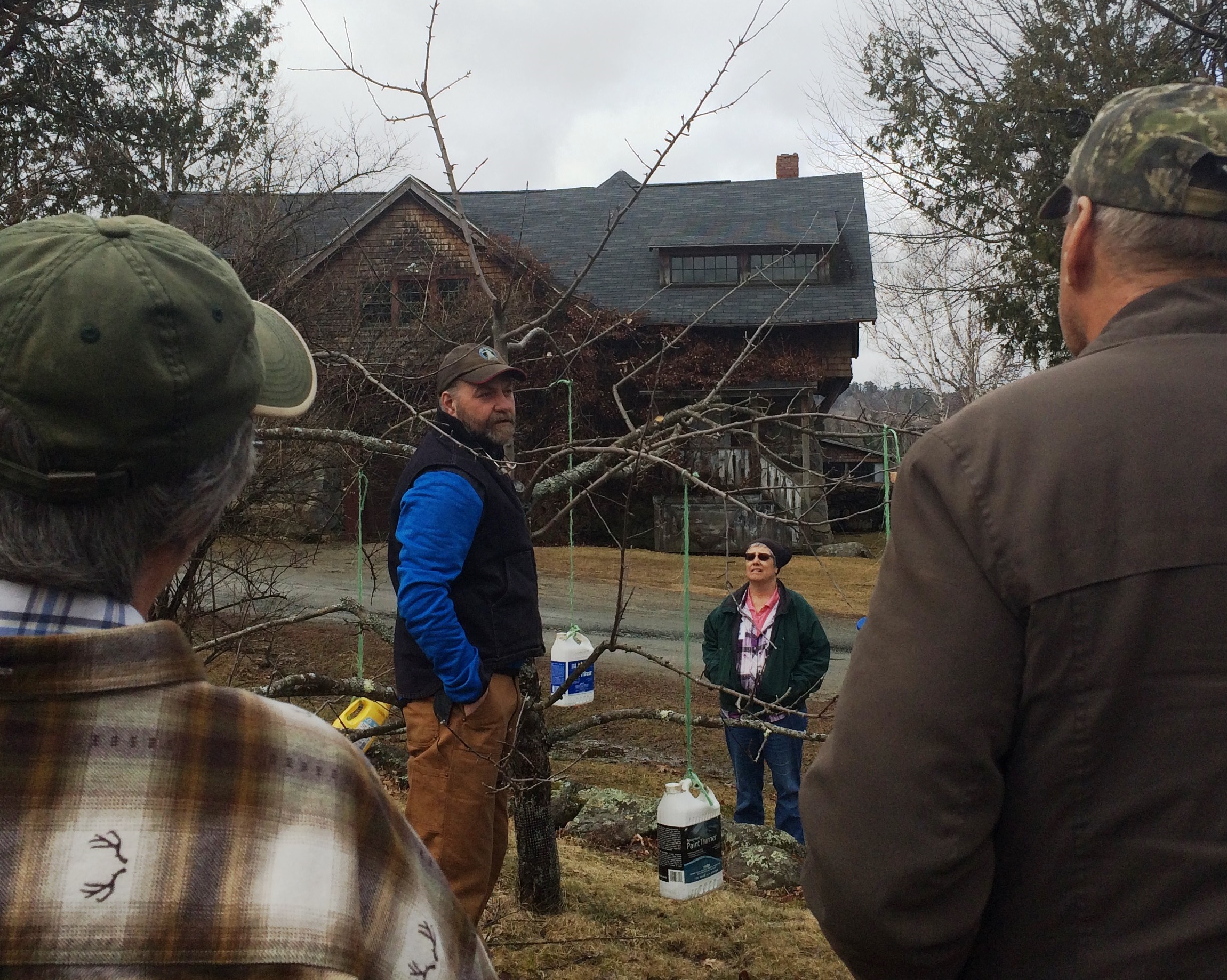 Nigel explains that water jugs are tied to select branches to train growth into a more fruitful angle.

Pruning increases fruit production and provides more food for the wildlife near you.

Later the group stepped outside to look at some techniques that had already been performed on nearby apple trees. Attendees wondered why these interesting decorations were adorning the branches. Nigel explained that weighting the branches down will train them to grow not only at a more accessible height, but also at an angle that would provide fewer leaves and more fruit. 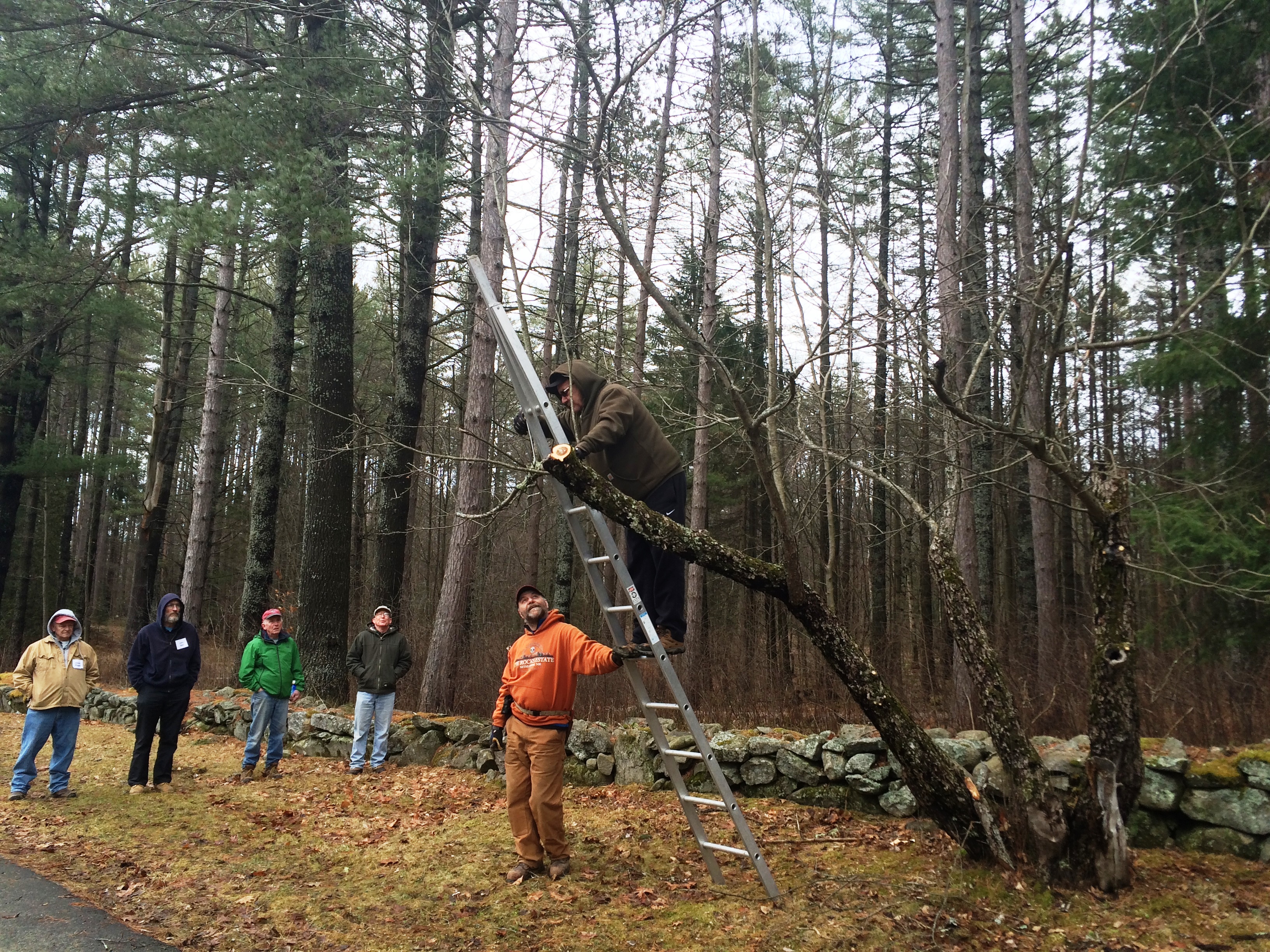 By the end of the day the group was ready to try out some newly learned techniques on wild apple trees that had not been pruned in almost a decade. Much of the pruning had to be performed with a ladder or pole saw. The gas-powered pole saw was a favorite tool among the group. Nigel stressed that it is a much safer alternative to reaching with a chainsaw but that caution and protective equipment are still necessary. 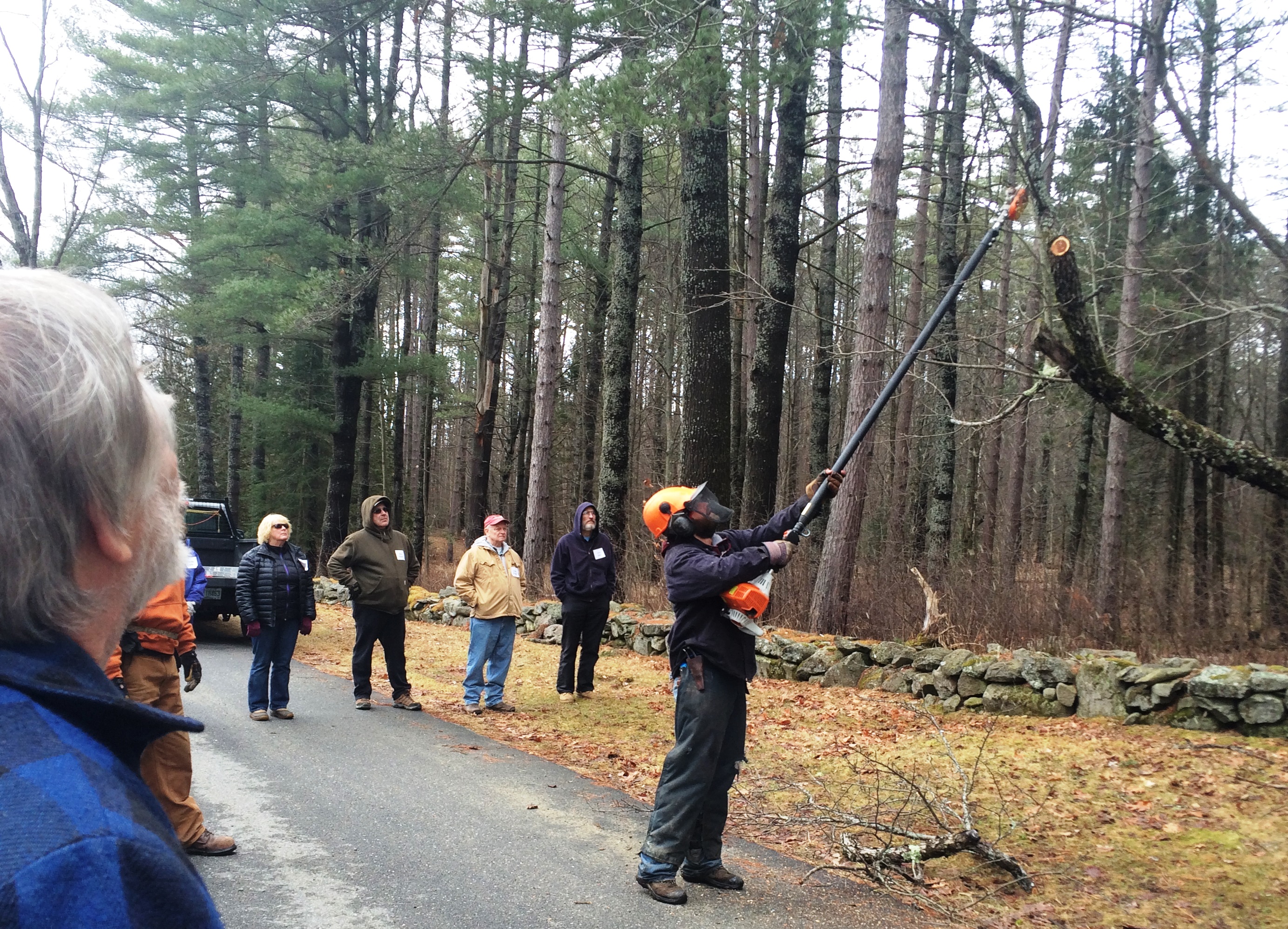 A pole saw has the advantage of reaching well above a chainsaw, but the similar blades require the operator to wear the same amount of protection.