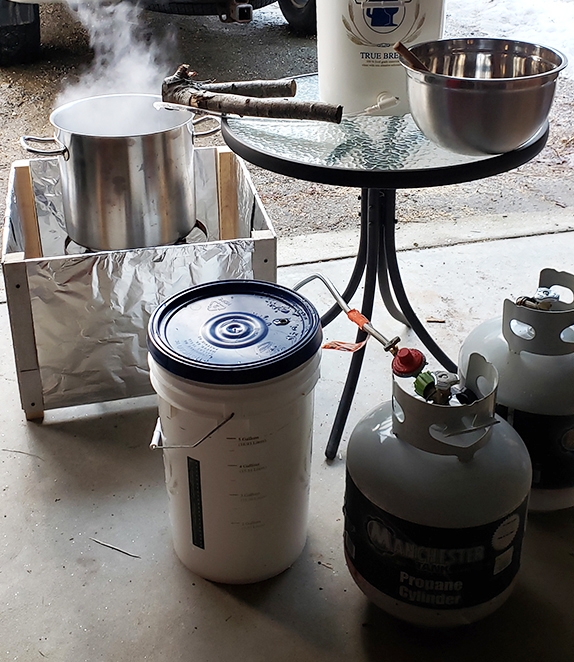 Steve Junkin's set up at home for his evaporation operations. (Courtesy of Steve Junkin)

Maple sugaring season is here. So when is it time to tap? Its not always the first day above freezing it turns out. 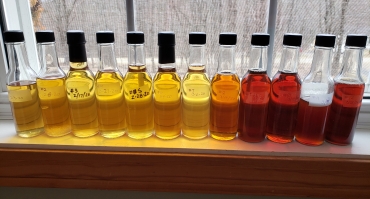 Bottles of maple syrup sit on a window at Steve's home in 2020 showing the progression of syrup grades as sugar season progresses. (Courtesy of Steve Junkin)
Some regions of the state have taken advantage of early February warm ups and consequently had runs of sap. That was not the case last week where I live and attempted to “test-tap” a few of my backyard trees. Temperatures in the mid to upper 30s during the day and mid 20s at night is ideal for good runs of sap so I thought it was worth a shot.

My maple trees had different plans and were holding tough, keeping that sap right where it is. Winters grip appears to be strong and January’s almost 4 degrees colder temperatures might have something to do with it.

I didn’t have to wait long and by the afternoon the sap had begun to flow and I could tap the remaining 14 total taps I have. Best to practice patience with these things and to use visual cues.  My Thompson School professor provided a good suggestion which is to look at the base of the maple tree where the snow line is. If the snow is pulling away from the tree its ready to tap, if the snow is still holding on to the base of the tree its too early. 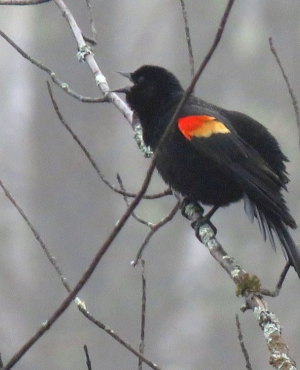 Steve Junkin is a field forester at the Forest Society.