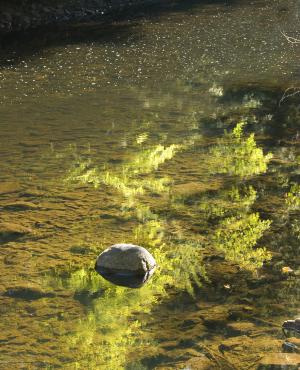 Fifty years ago President Lyndon Johnson signed the Land and Water Conservation Act into law, creating the Land and Water Conservation Fund (LWCF) to build and expand public parks and forests.  The idea was to get the American people outdoors to recreate and become more physically fit.  If national parks are our greatest idea, the LWCF is the bank account that brings the greatest idea to life.

Since 1964 LWCF has funded thousands of projects at the federal, state and municipal levels.  In New Hampshire, it has funded state and municipal parks from Coos County to the sea. In fact, through the end of 2018, our state had received a total of $165.4 million in LWCF funds since the program’s establishment. LWCF has funded major additions to the White Mountain National Forest and the establishment of the Lake Umbagog National Wildlife Refuge.  It has funded Forest Legacy projects, placing permanent conservation easements on privately owned forest lands, like the 146,100 acre Connecticut Headwaters conservation easement in Coos County, and the Moose Mountains Reservation (owned by the Forest Society) in Middleton and Brookfield.

The major funding source for LWCF is revenue the federal government receives from offshore oil and gas leases to private energy developers.  The idea is to invest dollars received from the depletion of natural resources under the sea into the permanent conservation of natural resources on the terrestrial United States.  Congress has created a dedicated fund for LWCF, directing that the first $900 million received each year in lease revenues from the Outer Continent Shelf (OCS) leasing program be directed to LWCF.  Unfortunately, Congress rarely appropriated the full $900 million authorized each year.  In fact, LWCF had been fully funded only two times in the program’s entire history. In response, LWCF advocates pushed Congress to permanently authorize and to fully fund the LWCF to its maximum authorization level of $900 million a year.

The members of New Hampshire’s Congressional delegation have all been active champions of this effort. Because of the support of Senators Shaheen and Hassan and Cong. Kuster and Cong. Pappas Congress passed with overwhelming bipartisan support S.47, the Natural Resources Management Act in 2019, which permanently authorized the LWCF.

The enactment of S. 47 demonstrated that the long-term protection of the country’s landscapes and unique natural areas is a shared goal for many Americans including outdoor businesses and recreationists, hunters and fishermen, veterans, conservationists, parks advocates, ranchers and working forest organizations like the Forest Society. Building on the momentum behind that achievement, the LWCF campaign next pushed for the passage of the Great American Outdoors Act.  As important as S. 47 the Natural Resources Management Act was, the signing into law of the GAOA on August 4, 2020 was a true milestone event.

In addition to guaranteeing that LWCF will receive $900 million annually, the GAOA also sets aside $9.5 billion over the next five years for the maintenance and infrastructure needs at our country’s national parks and national forests including the White Mountain National Forest.

Contact members of our Congressional delegation to thank each of them for their vote in support of the Great American Outdoors Act. Let them know their actions have strengthened the commitment made in 1965 to safeguard our country’s special natural areas and cultural heritage.

The Forest Society is part of the national LWCF Coalition.  Together with our partners from across the country, we worked for the permanent reauthorization of the LWCF, and for the full annual funding at $900 million a year.

A Vision for America’s Forests – speech by US Secretary of Agriculture, August 9, 2010

Contact members of our Congressional delegation.  Thank each for their continued support for LWCF.  Let them know you also support S.1081/ H.R.3195 and ask them to work with Congressional leadership on scheduling a floor vote for this legislation in both houses of Congress as soon as possible.  Contact information can be found here.