Springtime Arrives with the Smallest of Signs 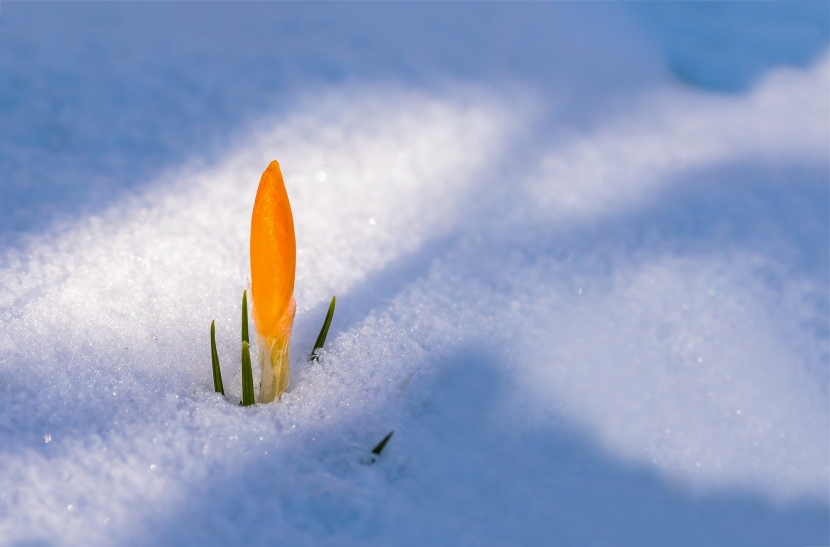 We recommend listening to it in its original format but a transcript of the show is also below. (Originally aired February 26, 2021)

February in New Hampshire can be a bitter time, weather-wise.

In some places, layers of ice and snow still weigh heavily on conifer limbs, and on the souls of even the heartiest of New Englanders.

But at last, the days are noticeably longer. So take heart winter-weary friends. The first pulses of springtime arrive in the smallest of signs.

Today on Something Wild, we embrace the here and now but also turn our sights to the brighter days ahead.

Late February is when many people really start noticing these oh-so-lovely longer days. And with good reason: we’re gaining 1 to 2 minutes of sunlight every single day. Typically a minute earlier sunrise every morning. And it accelerates more in March.

Changes in day length trigger a host of responses from the natural world--even with spring still several weeks away. The higher angle of sunlight and shorter tree shadows inspires early morning songs from  chickadees and titmice, as well as the territorial drumming from woodpeckers.

At sunset, You might also be lucky enough to hear the deep hooting duet of Great Horned Owls as nesting is already underway for some of our large local birds ... including ravens and Bald Eagles.

For mammals, the increase in daylight begins a breakdown in melatonin which triggers hormonal changes including shedding, color changes and onset of breeding seasons.

It's not uncommon to see a gray squirrel circus pillaging bird feeders this time of year. Adult females are noticeably plump and hungry – all are pregnant at this point. In early March, these acrobatic-mama squirrels will give birth.

Not coincidentally, late February is also peak breeding season for coyotes, bobcats and pine martens. These larger mammals’ mating seasons are timed to take advantage of the maximum availability of their prey in a few more weeks  - the rodent baby boom that peaks in April at snowmelt. 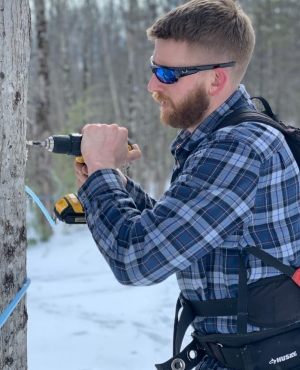 The maple sugaring season begins at Meetinghouse Hill Tree Farm in South Sutton. (Photo: Dave Anderson)
And believe it or not, even the leafless trees in our local forests are making the most of these longer days. Now is when maple sap begins running -- when daytime temperatures reach 40 degrees and overnight lows remain in the 20s.

And while it’s true that the burst of tree buds and the unfurling of leaves is still more than two months away, right now you can see the swelling of round, red maple buds ... the yellowing of willow  twigs… and even the greening of aspen bark. Have a look for yourself on your next walk.

Pretty soon, fish, frogs and turtles in our lakes and rivers will awaken from their torpor. Insulated beneath snow and below the frost line in the soil, wood frogs and spotted salamanders safely continue to winter -- using glycogen (like anti-freeze) to protect their cells and tissues from ice damage. Our aquatic friends will  begin to stir by the end of March, when overnight rains and temperatures in the mid-40s trigger their emergence and migration to nearby vernal pools.

Continued cold temperatures and even more snowfall won’t stop the inevitable tilt of the northern hemisphere toward the sun. Meanwhile down in the tropics, millions of colorful migrant songbirds are feeling that restlessness-- the ancient tug of their migratory impulses … and fueling up for their long journey north.

After a winter — and a YEAR — like no other ... I think we’re all feeling that sense of restlessness.

The seemingly small milestones of late winter are apparent to anyone willing to stop, look and listen.