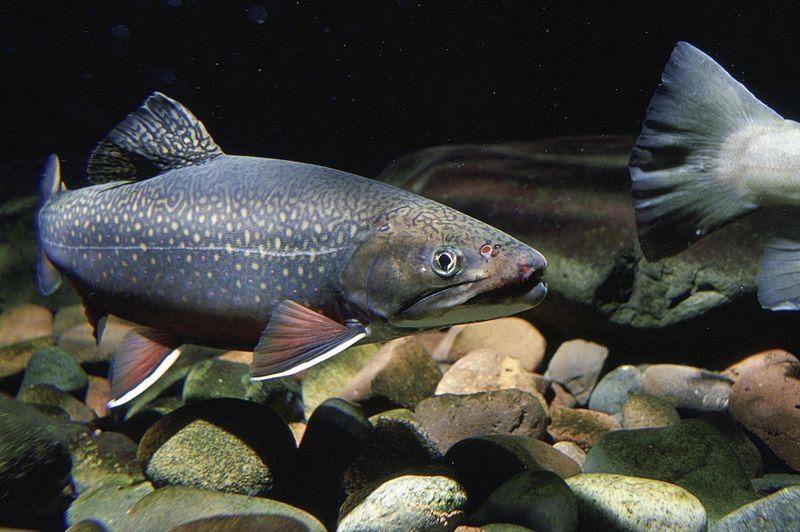 Something Wild paused here recently to talk fish with author and fish historian, Jack Noon, who is unapologetic about naming his favorite fish. The eastern brook trout is that for a smattering of reasons. First, it’s a family thing. Noon learned to fish at the elbow of his grandfather, who had a clear preference for brook trout.

But it’s the trout’s habitat – cold, clear, unpolluted water; that Noon says, “makes them the perfect symbol for New Hampshire past and responsible environmental policies. They’re just an absolutely beautiful fish. And they’re a native fish, too!” 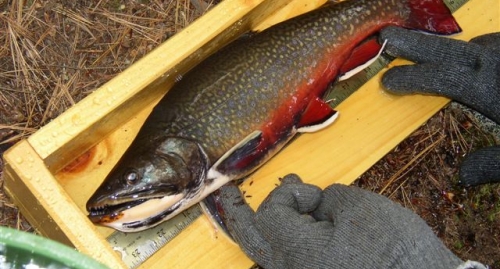 Of course “native” is often a matter of perspective. By one calculation, there are no fish species that are native to the Granite State. The evidence seems to confirm that the mile-thick ice-sheet that encased New England 12,000 years ago, prevented any fish from setting up stakes. But as the ice sheet retreated, brookies were among the first to settle the area.

And ever since brook trout have observed the usual annual rites; fall spawn, where they lay their eggs in little nests among the gravel of stream beds; the eggs develop over the winter; and hatch into “fry” in the spring.

The survival of the brook trout replies on a handful of factors: water temperature, habitat food and protection from overfishing. And the first three can be addressed by ensuring good forest cover. As Noon explains, “that will keep water levels high and water temperatures low throughout the summer.” 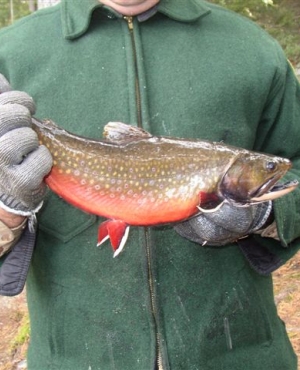 He cited the work of a fisheries biologist from more than a century ago, William Kendall. “On 6 August, 1904, he took water temperatures at Perry Stream (Pittsburg, NH).” And found it to be 44-degrees. After the harvest of a red spruce stand near the stream, “I made a point of visiting the same Perry Stream 97 years after that stand that stood by the stream and I found that the water temperatures were 20-degrees higher.”

While 64-degrees is within the range of water temperatures that brook trout can inhabit, it is at the upper end of that range. When the water gets too warm there is not enough dissolved oxygen to sustain the brookies, and forces them to either move or die.

Nevertheless, Noon is optimistic about the future of these remarkable fish. “The fisheries biologists have made a huge difference. What they have studied, what they know and they’re more aware now of what is needed.”