The future conservation area is located behind Tibbetts Field in Madbury. The land extends into the towns of Durham and Lee.

MADBURY, DURHAM, LEE – Oct. 3, 2016 – The specter of a large subdivision replacing the forests along Route 155 in Madbury, Lee and Durham has helped the Powder Major’s Farm and Forest fundraising campaign to raise $67,000 in a $100,000 challenge matching grant issued by the Thomas W. Haas Fund of the N.H. Charitable Foundation. 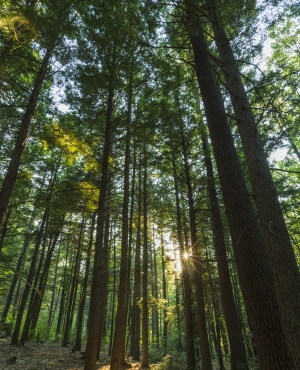 The Society for the Protection of N.H. Forests (Forest Society) is working to raise funds to create a new conservation area in the three towns that will be open to the public for recreation.  Major project goals are to protect drinking water supplied by the Oyster River and keep more than 200 acres of some of the highest quality wildlife habitat in the state – on land that also has historical connections to the Revolutionary War -- from being commercially developed.

At a recent guided tour of the property, tour leaders announced that the $100K challenge grant, which will match donations up to $100,000, is prompting people to give toward the project, which has a total price tag of $2.25 million. Grants, contributions from all three towns and individual donations have surpassed $1.41 million toward that total, and the Forest Society needs to raise $833,000 more in order to close at the end of December. 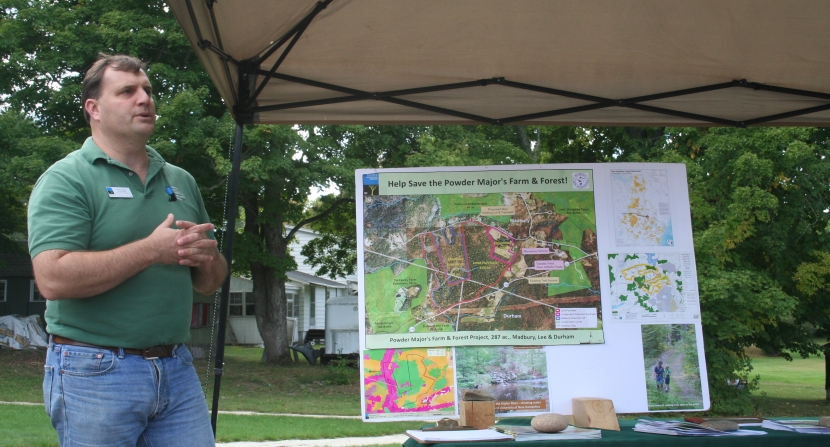 Brian Hotz, vp of land conservation with the Forest Society, explains project goals at a recent tour of the property.

“This is the Seacoast community’s chance to keep land near the Oyster River intact rather than paved over and turned into housing lots, which is the likely scenario if it isn’t conserved,” said Martha Twombly, capital campaign specialist for the Forest Society. “Now we need this momentum to grow and get us over the finish line.” 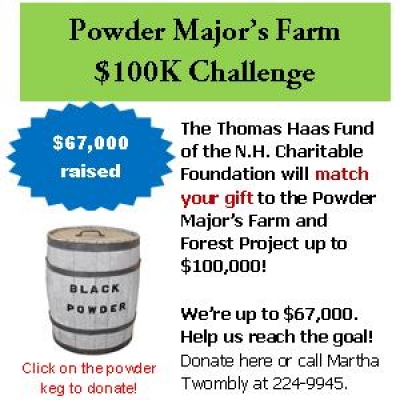 The Forest Society hosted a tour of the property on Saturday that brought hikers out to the extensive trails system through land designated by N.H. Fish and Game Dept.’s Wildlife Action Plan as being the highest quality habitat of its kind in the state. Guest speakers presented the historical connections to the property, where “Powder Major” John Demerritt once lived and hid stolen British gunpowder during the Revolutionary War. 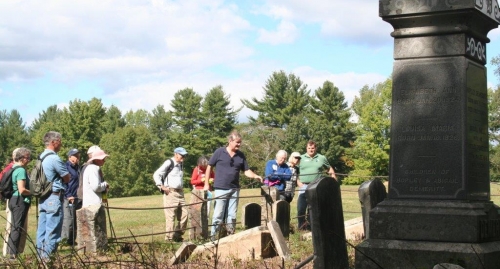 Tour participants hear from Chuck Goss about the "Powder Major" story at the Demerritt cemetery.

Tour participant Barbara Lilly of Madbury lives near the project. She fears that many in her community have not yet realized that the land’s proximity to schools, the seacoast and Route 155 puts it at risk for being developed.

“People need to realize that there could be a huge housing development here if this land isn’t conserved,” she said.

She said keeping the trails open for recreation and preserving the historic connections and the rural nature of the area are important to her family.

“I would be devastated if we lost this land,” she said. “I love that Madbury is a small, rural town. We live in the woods and we want to stay in the woods… and this land is a part of those woods.” 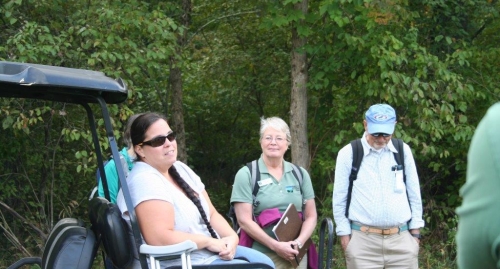 The tour speakers included Chuck Goss, one of the three landowners, who lives in the historic farmhouse next to the proposed conservation area. He told the group about   the farm’s namesake and former owner, the “Powder Major” John Demerritt, and his Revolutionary War heroics. Demerritt owned the farm in the late 1700s. He received his nickname after hiding barrels of gunpowder – stolen from the British in a 1775 raid by local patriots – in a tunnel dug out from his farmhouse.

Goss said the gunpowder raid of Fort William and Mary (now Fort Constitution) in Portsmouth Harbor represented an early act of defiance against King George III, an offense that marked a point of no return for the patriots. The farm’s cemetery, where Demerritt and his family are buried, and the surrounding land are links to that history.

Other tour speakers included Liz Charlebois, who chairs the N.H. Commission on Native American Affairs and serves as the director of education at the Kearsarge Indian Museum in Warner, N.H.  An Abenaki herself, Charlebois said local legends about the Powder Major’s Farm and Forest being used first by Abenaki people as planting grounds was very likely, given the fertile soils and proximity to the Oyster River.

The Abenaki lived in small family groups that moved from place to place, she said, and during the spring they would have used such a fertile place to grow the “three sisters” – corn, beans and squash.

“They would plant their fields in the spring, then go to their hunting grounds, come back periodically to check on the crops… then come back again at harvest time,” she said. 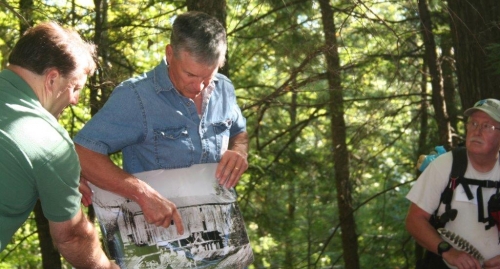 Randy Stevens, co-author of the local history, The Early Mills and Industry of Lee, N.H., showed hikers the spot along the Oyster River where the stonework from the former Dishwater Mill can still be seen. Stevens said the mill once sawed lumber for local farms and was one of the smallest of the 28 mills that have existed in Lee since the 1600s.

To learn more about the project and how to donate, visit www.forestsociety.org/powder_major.