Settlers may have abandoned Monson Center in 1770, but it's a pretty ghost town today 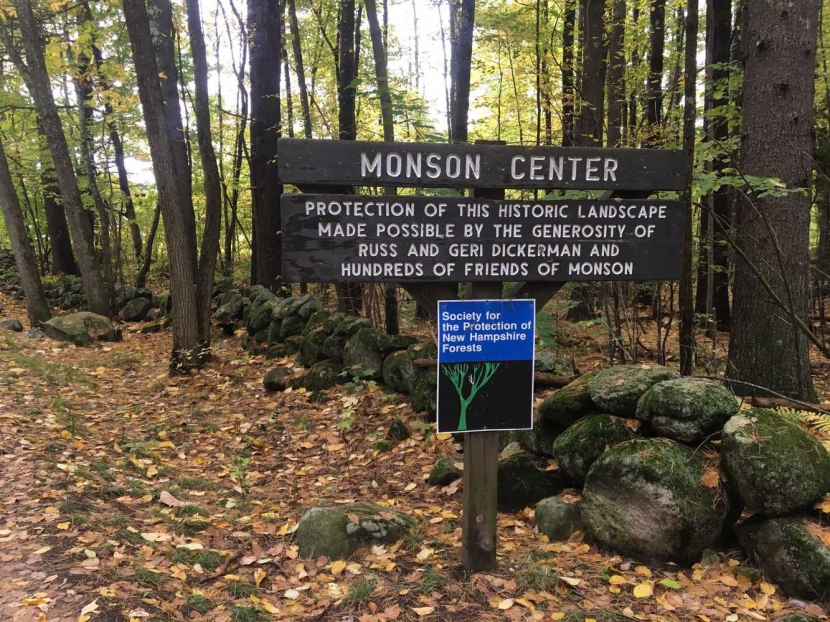 The protection of this historic village was a community effort.

I’ve come here to experience a real-life ghost town, but there is nothing haunting about my first glimpse of historic Monson Center.

The short walk from a small unpaved parking lot off Adams Road in Hollis brings me to a Society for the Protection of New Hampshire Forests kiosk with a map of the trails and a tantalizing peek at the site’s mysterious back story: This was one of New Hampshire’s first inland settlements, founded in 1737 — and then abandoned in 1770.

The reason is still debated 250 years later, but some say the echoes of discontent and struggle linger in the abandoned cellar holes and along the remnants of dirt roads.

But all I see when I step from the woods is a stunningly peaceful vista of rolling fields dotted with wildflowers and meandering stone walls that melt into the distant haze of a lazy summer day. It’s hard to conjure things that go bump in the night when a breeze that feels like a contented sigh flutters through the tall grass and tree leaves.

Still, this picturesque historic site, presided over since 1998 by the Society for the Protection of New Hampshire Forests, is a complicated collection of things lost and found in hardscrabble ground. From taxation woes and political discord in the 18th century to a 1990s debate surrounding a proposed housing development, not much has happened here that didn’t involve a hard day’s work.

Read the full story in the Union Leader:

Settlers may have abandoned Monson Center in 1770, but it's a pretty ghost town today