Shifting Views: Do we remain in a rural state of mind? 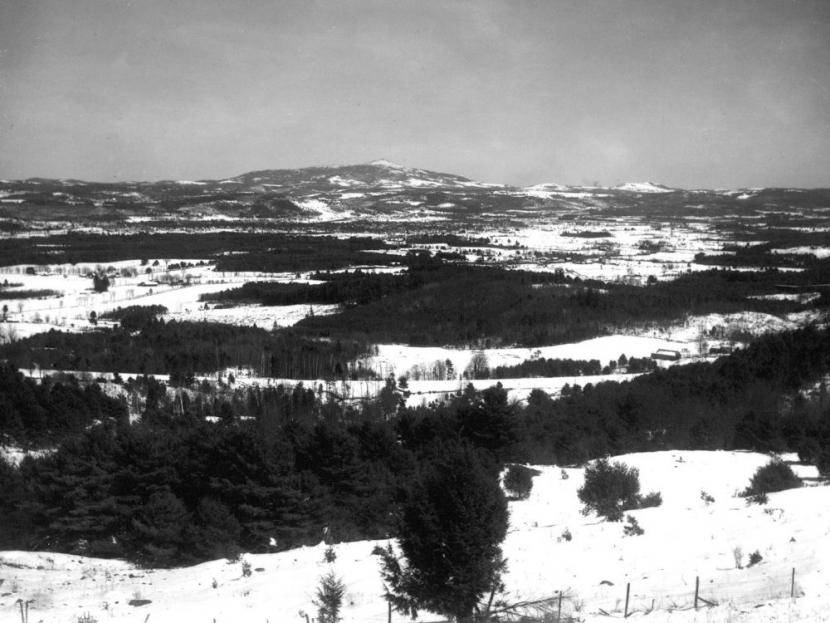 Over the past 75 years we lost scenic open vistas from hillside farms with pastures once devoid of trees. It’s no comfort to those who wax nostalgic or lament lost vistas that neither quaint scenery nor tourism motivated why views were originally cleared. As hill farms vanished, forests reclaimed their former domain. Within decades, trees obstructed the hard-won, yet incidental scenic vistas.

During the same period, seven decades following the hurricane of 1938, population increase has brought more subjective viewpoints into New Hampshire than ever before. How have collective cultural values regarding forests and trees changed in the 75 years following September 1937 when Forest Notes was first published?

In 1937, the state’s population was approximately 483,000 residents. By 2010 it had grown 172 percent to 1.316 million residents. More residents now literally maintain and figuratively hold views of the state’s forests. Paradoxically, population growth paralleled the return of forests: more people and more trees. People arrived and sifted into the forest understory of southern New Hampshire like seedlings crowding abandoned pastures.

What cultural shifts in perception accompanied the changed demographic of a once rural state? Do we remain in a rural state of mind?

As lawnmowers replaced sheep and cows, our collective view of farming also changed. Farms today are viewed with pride as a healthy source of locally-grown food or with nostalgia for a bygone era or with residential neighborhood trepidation about potential nuisance odors from manure. Perhaps we also harbor pride, romance or fear regarding the state’s forests. Landowners surveyed consistently cite “commercial timber investment” as their least most important reason for owning forestland.

New residents often have less firsthand experience owning and managing timber. Fewer residents each decade have descended from family roots on working farms and managed woodlots. Collectively, we’re less utilitarian about the economic realities and benefits of active management. A smaller percentage of our Granite State neighbors harvest timber, heat with cordwood, or drive skidders. As with diversified, specialized niche farming, there are now more owners of smaller and smaller tracts of woodlands.

Urban views of community “street trees” in Portsmouth, Nashua, Manchester and Concord are growing more prevalent and influential as we’re becoming a more urban and suburban region. Social factors increasingly influence the economics, ecological function and health of the region’s forests… even forests far removed from the streets and backyards of southern New Hampshire.

Accompanying the maturing forest are rebounding wildlife populations: fishers, black bears, moose, coyotes, beavers, Canada lynx, pileated woodpeckers, wood ducks, goshawks, bald eagles to name but a few. Wildlife are now less likely to be harvested for meat, pelts or persecuted as “varmints” and much more likely to cause traffic jams as people clamor to harvest digital photos on cell phones to instantaneously post on Facebook or in wildlife chat rooms and blogs.

According to the 2010 update to the 2006 USFS Forest Inventory and Analysis (FIA), New Hampshire is now nearly 85 percent forested with 4.8 million acres of forestland, slightly higher than 83 percent reported in 2006 primarily due to a new and more accurate sampling method and not any increase in forested land area. Forest cover reached its most recent maximum with nearly 88 percent of New Hampshire in forestland by1960. In the last 50 years between 1960 and 2010, New Hampshire lost 300 square miles of forestland. Satellite imagery shows that loss primarily in southern tier where the majority of the population growth has occurred. “Tree cover” which is not necessarily all forest is now reported even higher at 89 percent of the state’s land area. 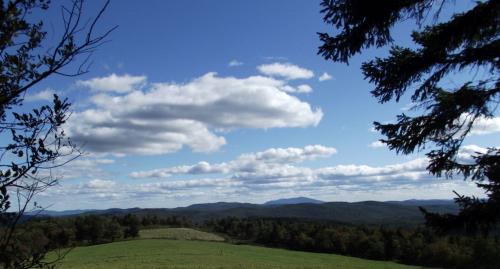 The state’s human population is aging, a so-called “Silver Tsunami” of baby-boomers now reaching their sixties. The USFS FIA data shows our forests are likewise aging. FIA data reveals only 13 percent of the state’s forest is now less than 40 years old. More than half the timberland in NH – 57 percent - is older than 61 years old. As forests age, they change in composition. A higher percentage of forest now comprises shade-loving hemlock, beech, yellow birch and red or sugar maple. While people think older forests and larger trees sound great, there are species of both wildlife and trees that remain dependent on young forest conditions.

Young seedlings, saplings and small-diameter, brushy forests of sun-loving paper birch, pin cherry, poplar and white pine regeneration are less common. These “pioneers” first established on abandoned farm pastures or in cleared areas greater than 10 acres. They cannot establish in partial shade. They require large openings to regenerate and survive. The public’s preference for the appearance of micro-openings in the forest canopy via group selection and individual tree selection timber harvests maintains too much shade for species that could become less common – including our State Tree, the Paper Birch.

The aging human population poses another challenge: the mean age of forest landowners is now sixty-two years old. Looking ahead, a coming generational transfer of land-wealth could place more acreage into smaller and more fragmented parcels owned by more residents with less experience owning and managing forestland and motivated by values other than growing the high quality timber. We’re approaching crucial decades in our state’s forest history that will determine if we will sustain a rich tradition of excellent forestry.

Perusing 75 years of Forest Notes reveals people have long cared deeply about the fate of our state’s forests - for timber, clean water, wildlife habitat, recreational opportunities and scenic economic tourism; all the advantages our state’s forests continue to provide. We trust that continuity of sentiment will remain as renewable as the forest itself.