Journey to the Coast ... and Back 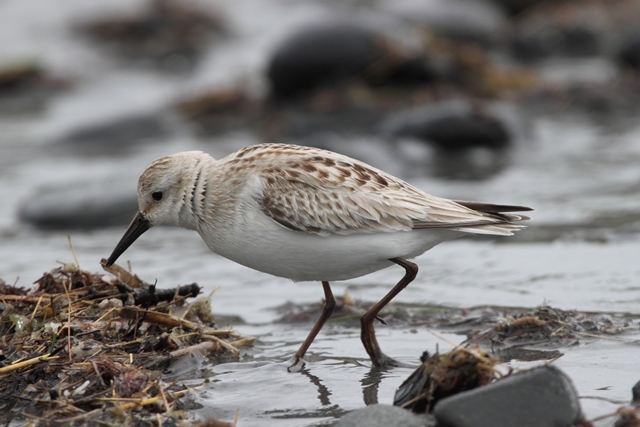 With Labor Day now past, who hasn’t felt a pulse of restlessness and the tug of turning tides? There’s time to grab a last beach day before the sands at Hampton Beach are cold and deserted.

By September, the dawn chorus of bird song has diminished to silence. Birds are done breeding, so there’s no need for singing. They’ve molted into drab autumn plumage and are busy feeding heavily alongside fledglings fattening for their first fall migration. 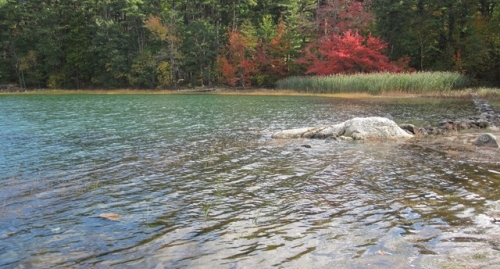 Coastal forests are dominated by conifers that have a waxy covering on their needles that helps them retain moisture.

Along the coast, the shorebird migration provided the earliest harbinger of autumn. Shorebirds completed communal nesting and rearing of chicks by July. By August, they flocked to beaches and marshes to find plentiful plankton and tiny fish in the inter-tidal shallows. By September, shorebirds have left pre-migratory staging areas and are winging south. The earliest to arrive are the earliest to leave. 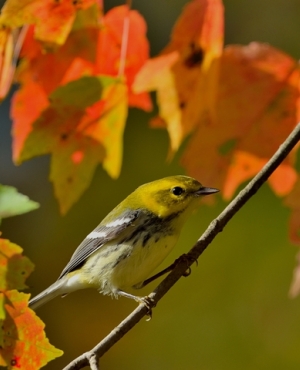 We migrate this time of year, too  – back to the coast to enjoy the lingering warmth of early autumn. Human migration peaks when high pressure, fair weather, warm water and hot sand lure folks to the coast at the close of another idyllic summer.

An ebb tide drains from forested foothills as cars flow southeast toward the flat horizon of the coastal plain. The tide of traffic recedes along rivers of asphalt clogging Rte. 4 east from Concord or Rte. 101 east from Manchester. People migrate to the beaches to congregate at the razor’s edge where land meets sea; where cumulous clouds billow like the sails of tall ships.

Even in September, weekend throngs still pack Hampton Beach. For people-watchers, it’s a human kaleidoscope. I can’t resist analogies to shorebird rookeries or marine seal colonies. I spy territorial, dominance postures by muscular males scanning the sand. You can’t miss the eye-catching multicolored, plumage of females. The sounds of shrieking children and herring gulls accompany pounding surf and beach radios. It’s the soundtrack of fading summer, a human milieu where miles of mammals mingle on the sand.

The dry forest floor beneath red oak and white pine is awash with poison ivy. The relative frequency of strong coastal storms constitutes a disturbance interval of decades rather than centuries. Winter blizzards and autumn hurricanes erase tall trees to favor tenacious trees able to grow from sand or clay and tolerate salt spray and occasional extreme winds.

By late afternoon, I sigh and turn inland; my back to the sea to face another approaching winter. A long, black ribbon of hot asphalt leads inexorably uphill and west toward the sinking sun. Toll plazas resemble reversing falls of tidal rivers. I return inland to the dusty, dry interior on a rising evening tide of commuter traffic.

The route home ascends the foothills into the beckoning shade of dense forest. A winding stretch of Roby Road parallels Lane Brook, where temperatures tumble back to the 60s. I roll down the car windows to experience that first rush of cool air. I smell balsam and pine. The forest is nature’s air conditioner and freshener. For me, that scent of the forest after a day in the salt air represents home.

When I arrive home, sunburned and salt-crusted, the familiar backyard woods seem oddly taller, the trees larger. Now far from the sea and sleepy from my journey, I fall asleep to the sound of crickets while imagining the relentless wash of winds and waves against the coast of New Hampshire over countless centuries.