Forest Notes: The Future of Ash Trees in New England 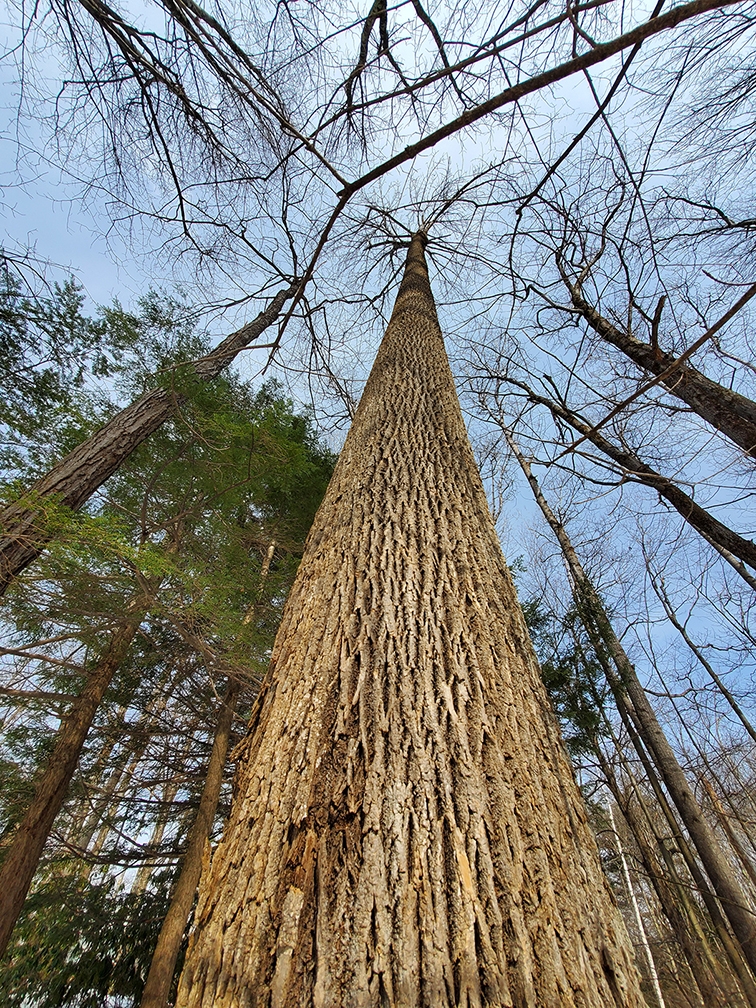 A white ash tree stands tall outside the home of the author. (Photo: Stacie Hernandez)

With 84 percent of its land mass covered with trees, New Hampshire is the second-most forested state in the country.

Only Maine has a greater percentage of forest cover. The Granite State has a number of valuable native hardwood trees growing in its forests, including white, green, and black ash. White ash (Fraxinus americana) and green ash (Fraxinus pennsylvanica) are commonly used for firewood and as lumber for flooring, furniture, and cabinetry. The wood from these trees is lightweight and split-resistant, two qualities that make it perfect for canoe paddles and baseball bats. Black or brown ash (Fraxinus nigra) is culturally significant to Abenaki people, who have used the wood for basket weaving for thousands of years. Naturally, the trees are an important food source and provide habitat for wildlife; and they contribute to a healthy and diverse ecosystem. But today this important natural resource is facing a severe threat.

To comprehend this threat, it’s important to understand the war trees wage with insects. Over the course of thousands of years, insect herbivores (insects that feed on plants) co-evolved with plants in their native range and reached a balance where the herbivore does not cause fatal harm to the plant host. During that time, plant defensive traits may arise, either morphological—with structures such as thorns, spines, or waxy surfaces—or through the production of compounds that deter herbivores. In response to a tree’s defense mechanisms, herbivores adapt over time by overcoming the plant’s toxins or becoming undetectable by the host. This evolution of defense and resistance, which scientists refer to as an arms race, is why these native species have been able to co-exist for centuries without mass die-off.

But what happens when a non-native herbivore sets up shop in New Hampshire? In the case of the ash tree, the results haven’t been promising. In 2002, the emerald ash borer (Agrilus planipennis), an insect native to Asia, was first detected in Michigan before it spread to many parts of the country leaving a path of destruction in its wake. These invasive herbivores have a leg up on ash in North America because the tree’s natural defenses are ineffective against them. It is feared by many that mature ash trees will be lost from our forests and along our streets, following a similar path of our once-common American Chestnut.

As emerald ash borer (EAB) spreads across New England, foresters are adjusting their forest management plans to slow the advance of the insect.

“The damage [caused by EAB] is drastic and very noticeable nearly everywhere you go in the central and eastern part of the state,” says Steve Junkin, a field forester with the Forest Society. “My street here in Northwood has a number of ash trees growing along its sides, and there was very little sign of EAB only two or three years ago. Now, seventy percent of those ash are dead. EAB has marched into every county except Coos so far.” 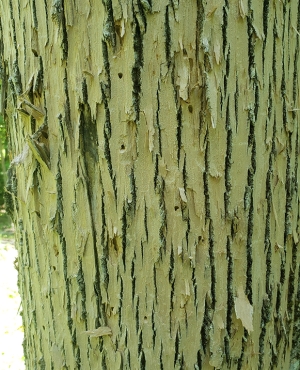 "Ash blonding" is a common sign that a tree has been infested with borers. Small holes in the bark are also a sign that a tree is infested. (Photo: Stacie Hernandez)
Unlike maple, hemlock, fir, and white pine, which are prominent components of our forests, ash only accounts for about 3 percent of the total trees growing in the state. This is due in part to New Hampshire’s soil, which tends to hold fewer nutrients on average than ash prefer. Ash is found to be locally abundant in sites with rich soil and plays an important ecological role in these areas.

The scarcity of the species makes them hard to manage, Junkin says.

“The practice of cutting larger diameter ash trees will slow the progression of the insect, but only to a small extent,” he says. “Starving the insect population by eliminating their food source is a practice that just isn’t feasible in New Hampshire because our forests are broken up among many different landowners who have different goals for their land. So, it’s just not practical to apply this approach on a broad scale with good results.”

Recently, the Forest Society’s strategy has been to promote the regeneration of ash trees when possible. Foresters are targeting sites where ash trees tend to grow best, including places where the soils are enriched and often have sugar maple and basswood growing with the ash.

“With well-timed timber harvests, these sites could be flooded with thousands of young ash seedlings,” Junkin says. “Any mature ash left will more than likely die; however, young ash are not as susceptible to EAB attack, and with time, biocontrol insects can build their own populations allowing for a more endemic forest health condition to occur in the future.” Currently, the Forest Society is working toward regenerating ash at Mount Monadnock Reservation in Dublin and Ashuelot River Headwaters Forest in Lempster. Junkin says Forest Society foresters will continue to monitor these regeneration locations and refine their approach as things progress.

To effectively manage the nearly 60,000 acres the Forest Society owns, staff have provided space and opportunity for the latest scientific research to be conducted on Forest Society land in an effort to combat the devastating impacts of EAB. When the insect was first detected in Concord, N.H, in 2013, the Forest Society helped with delimiting surveys to understand how widely the newly introduced insect had spread. Samples were taken from trees within a given radius around the initial detection site and analyzed to see if they were infected. From this data, a map was developed and quarantines were set in place. Staff also performed visual surveys to observe mortality and infestation by EAB during the dormant season when there aren’t any leaves and spotting the tell-tale sign of EAB, bark blonding, is easier. Junkin says it takes EAB only 3 to 4 years to kill an ash tree if the trees aren’t treated with a systemic insecticide to protect it, so time is of the essence. Everyone from forest health experts to University of New Hampshire (UNH) graduate students to employees of the State of New Hampshire’s Forest Health Program have been monitoring the spread and studying the insect. 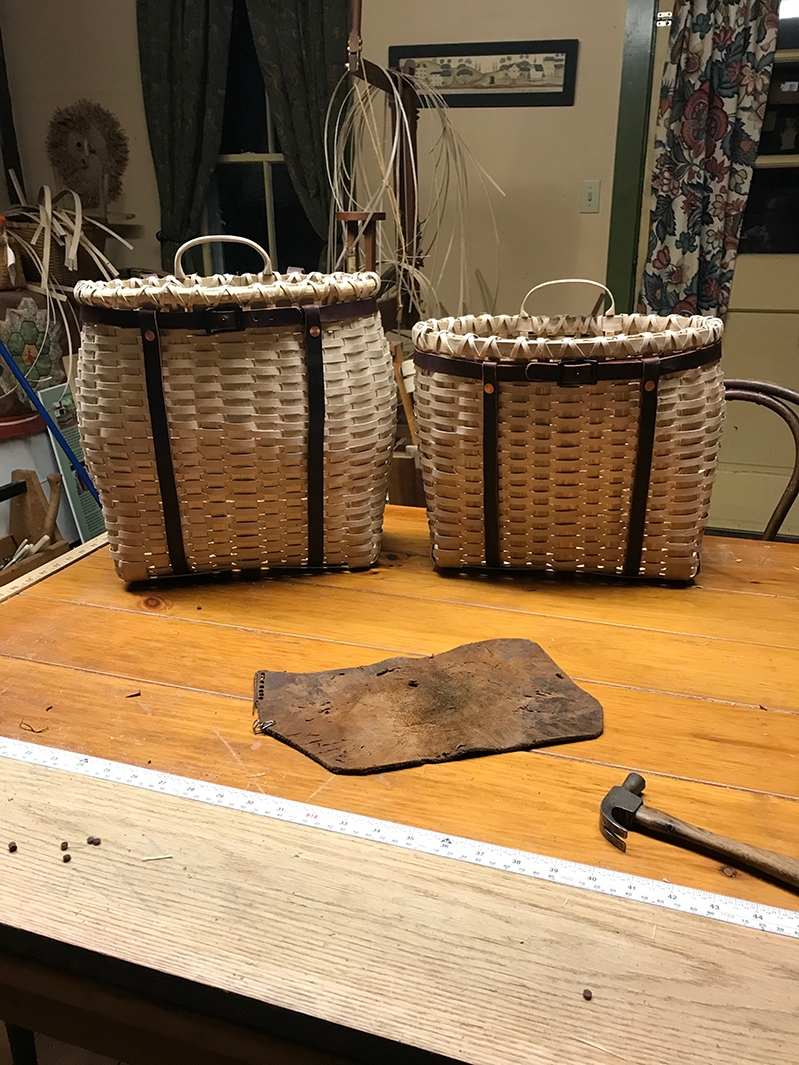 Bill Gould, an Abenaki artist based out of Warner, N.H., makes intricate splint baskets out of brown ash trees that he harvests in New Hampshire. (Courtesy of Bill Gould)

With Forest Society permission, UNH began a three-year research project in 2019 at some Forest Society properties, including Jennings Forest in New Durham and later at Powder Major’s Forest in Madbury. The project also took place at Lee Town Forest, a property the Forest Society holds a conservation easement on. Todd Johnson, a postdoctoral research associate who works in the lab of UNH Associate Professor of Forest Ecosystem Health Jeff Garnas, is studying the defensive response of ash trees when they are exposed to EAB and methyl jasmonate, a natural plant hormone. When trees detect that herbivores are attacking, they produce methyl jasmonate to defend against the insect. Applying this chemical to trees simulates an attack by an herbivore, allowing a comparison of the reaction between trees that have received natural versus simulated attacks. Johnson says the project’s overall goal is to evaluate how effective top-down forces (i.e., specialized natural enemies, such as introduced biocontrol agents) and bottom-up forces (i.e., plant defenses) are causing mortality to EAB across a range of small diameter green and white ash (3–15 cm DBH) that will remain in forests after EAB has invaded and killed most, if not all, of the larger ash trees.

“Understanding how effective top-down and bottom-up forces are in killing EAB in smaller ash is important for managing EAB and tree populations in ‘aftermath forests,’ where most of the standing ash greater than 5 centimeters DBH have been killed,” he says.

Johnson also wants to understand a tree’s response time required to defend against EAB and the chemical compounds the trees use to kill the insect. The project is part of a larger study that builds off research that was originally conducted in the Midwest to determine the defensive capacity of ash trees and whether introduced biological control agents can successfully parasitize EAB.

“We want to build off previous research and understand how resistant, or not, younger or smaller trees are to EAB, as these will be the remaining trees as larger ash die or as the seedling layer of ash begins to mature into a susceptible size to EAB,” he says.

Some early takeaways from the research suggest that the defensive chemistry of green and white ash in the Northeast may differ as compared to previous studies from trees in the Midwest, which makes Johnson’s data unique and important for New England.

Trees also rely on natural enemies to keep invasive insects in check. For EAB, that would be Tetrastichus planipennisi and Spathius galinae, two species of tiny parasitic wasps that co-evolved with EAB in their native range within Asia. These species have been widely used nationwide to reduce EAB populations. Johnson released the wasps as a biological control agent at the field sites in order to research the impacts they have on the experimental borer’s larvae and trees and to see if the wasps will attack natural populations of EAB also present at the sites. Through his research, Johnson also wants to understand if and how tree resistance and biological control are compatible. Will the heavily defended trees also kill the wasps?

“Through all of this work, the hope is that we can ‘prime’ the defensive capacity of ash trees, through application of chemicals or by breeding trees that respond more rapidly against herbivores in the future,” Johnson says.

It’s a tall task, but Johnson is encouraged by the support his research has received and the interest people have taken in doing their part to stop the spread of the insect. 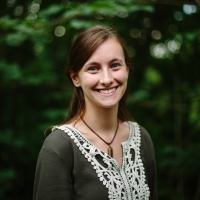 This article originally appeared in the Winter 2022 issue of Forest Notes magazine.