Our Past, Set in Stone 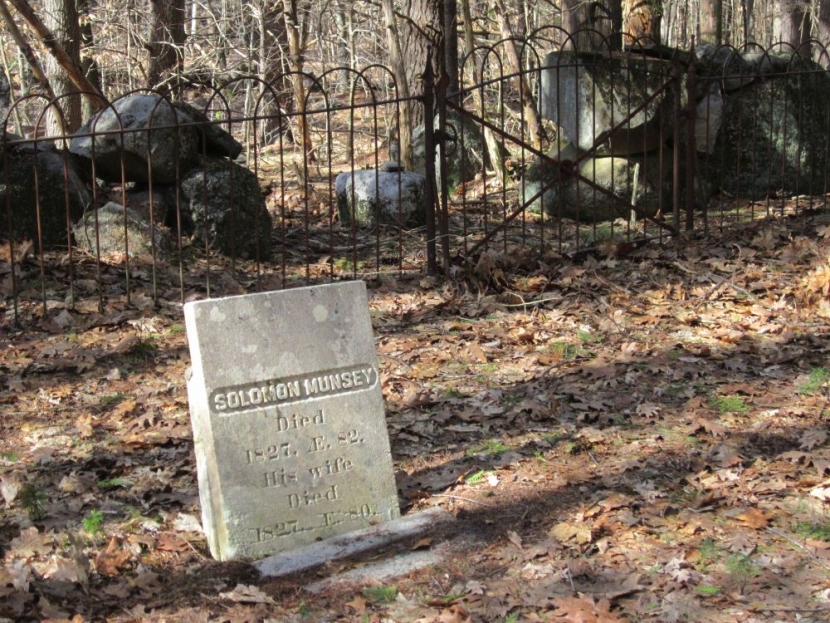 Winter never was a convenient season for digging graves. From December to March, the ground is typically frozen solid to a depth of a foot or more. Now springtime returns to forgotten family cemeteries hidden deep in the woods of rural New England. These small plots lie hidden in rural places where time itself seems to have frozen.

The mute headstones evoke reverence for the past. The oldest graves are slate or marble. Headstones of slate were most common in the late 1700s and early 1800s. Marble stones are typical from the Civil War era to the turn of the 20th century. Granite stones date from the 1900s to the present. If you linger long enough to read names and poetic inscriptions, you can imagine the now-vanished 19th century landscape of small family farms and mill villages surrounded by hay fields and pastures that long ago faded into encroaching forest.

Conservation land often contains remnant farm cellars and cemeteries. Regardless of family names and locales, there are common themes when visiting small, seemingly forgotten graveyards hidden in the woods. 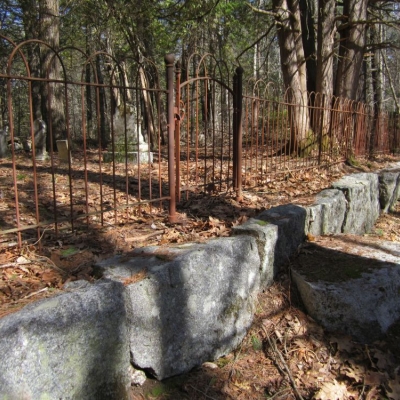 Mossy headstones beg questions. Who is buried here? When? How old when they died? Here lies a wife and some children buried in adjacent plots. What do their inscriptions say? Perhaps we could tidy the forlorn place a bit – sweep aside some fallen leaves and toss bleached dead limbs over the wall and pull back encroaching vines. Conversation is nearly always hushed out of respect for our predecessors, our ancestors.

Now imagine the rigors of harsh winters and the grim realities of hill-farm living in rural 1800s New Hampshire. Austerity, accidents and diseases annually claimed the lives of the aged and infirm as well as infants or children born before the advent of modern medicine – before the era of diagnostics, antibiotics or even rudimentary sanitation. 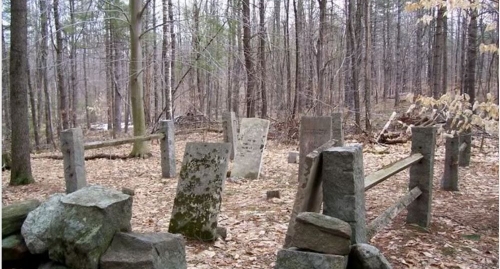 For those who died in winter – before hydraulic backhoes to open graves - there was a practical matter of where to store corpses until grave-digging time in April. Spring’s first blossoms appear on “flowering shadbush” just when shad fish historically spawned in interior rivers. Historically, April was also the time for conducting spring funeral services for the deceased. No coincidence that the showy, white shadbush flowers yield edible berries in July called “Serviceberry” so-named for a season of interments.

Small village cemeteries often included a crypt – granite walled with thick steel doors where the dead rested until spring... or a coming Judgement Day. Funeral services were held as soon as graves could practically be dug in April. By May, a different “planting season” arrived as work resumed in tilled fields, hay meadows and rocky pastures. 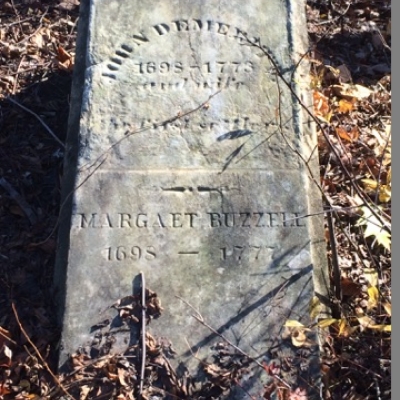 The Forest Society is now working to protect land in Madbury, Durham and Lee surrounding "The Powder Major’s Farm.” Revolutionary War Major John DeMeritt stored stolen British gunpowder from Portsmouth in his Madbury, N.H. barn – at that time still under English Colonial rule. The gunpowder he shipped to Boston to supply the Revolutionary Battle of Bunker Hill. His grave lies not far from a humble barn that helped fuel the American Revolution.

If you look to the hills for salvation or solace, know that those who came before us cast their eyes along identical ridgelines. Entire rural localities - hill farms where generations of farm families lived and died for more than a century lie buried intact beneath quiet rural woodlands today. The land may have grown back to trees, but myriad stories are well preserved in place.