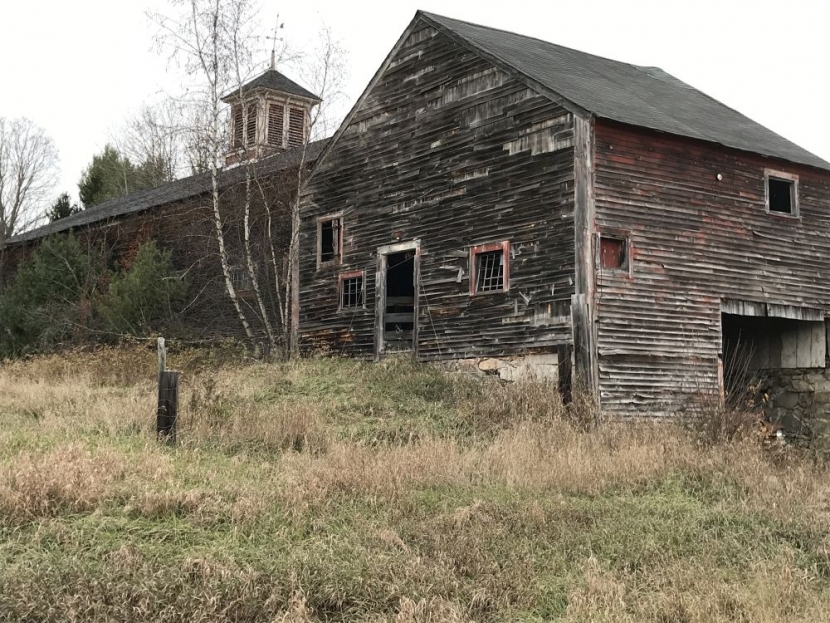 There’s just something about the rural November landscape that whispers. It conveys a feeling of antiquity, a kind of sepia-toned memory as if the land itself remembers and projects a younger self-portrait; a time well before we called them “selfies.”

After the colorful leaves are gone, torn by wind and rain and blown into hollows to rot, the forests are muted to dull oak-brown and dark green hemlock; the last colors before the monochrome black and white of winter. New Hampshire’s rocky ribcage begins to show underneath the skin. It’s easier to see hidden contours of brooks, stonewalls and pastures dotted with cows or strewn with boulders. November’s complex natural beauty after the gaudy colorful leafy curtain has fallen provides more visual penetration across open fields and deeper into the surrounding woods. 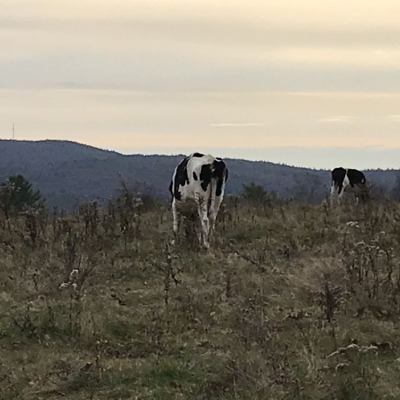 The sense of antiquity in November recalls how tens of thousands of rural acres of pasture and fallow hay fields reverted to woods of white pine and white birch “way back in the 1900’s” (as one youngster said to me). The 1930’s and early 1940’s were an era of rural poverty and a creeping, benign neglect of once productive farmlands.

The Depression and dark days of early World War II first sapped jobs and then both men and resources from the home front nationwide. Fewer living residents still recall NH in that time before the post-war housing boom and baby boom – social and economic changes that ushered-in prosperous post-war years and converted flat, well-drained former agricultural land to what is now “real estate” beginning in the late 1950’s and 1960’s. Some rural NH towns did not equal or eclipse their 1840’s population peak again until the 1970’s. 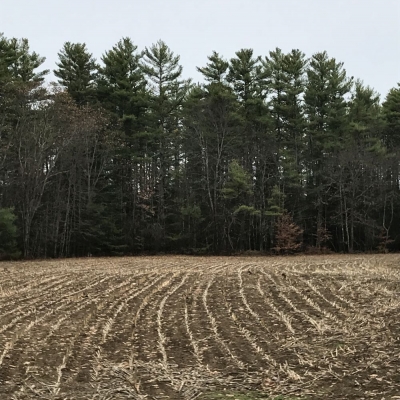 Along Rt. 28 from Epsom and Chichester to Pittsfield and Barnstead, pastoral scenery is interspersed with businesses and homes. A view across an open field of corn stubble sits adjacent to the parking lot of a coffee and doughnut franchise. The field and its woodland edges are a good place to watch for deer at dusk and geese in spring. How many drivers even bother to look while hurtling past the farms and fields? 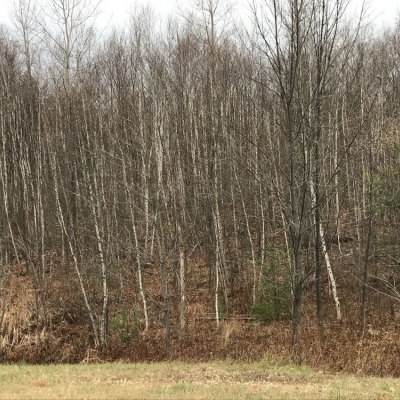 Along Rt. 4 just west of Concord is a 15-year old clearcut crowded with a thicket of white birch, gray birch, poplar, pin cherry and pine.  The “pioneer” sun-loving trees inhabit a scraggly Dogpatch forest that had once dominated southern NH prior to the 1950’s.  Knotty second-growth pine cleared during the “boxboard boom” of the early 1900’s regenerated to third-growth forests. It’s now become rare to find patches of woods regenerating from fields or clearcut back to young trees.

Watch for signs proclaiming “Commercial Land Available For Sale” where a fallow decade allowed the birches and pines to grow back. That forest type is like the forests our predecessors inhabited: abandoned pastures or hayfields regenerating to young trees – the legacy of failed farms. These forests are now often failed commercial real estate ventures; empty lots not (yet) built upon. 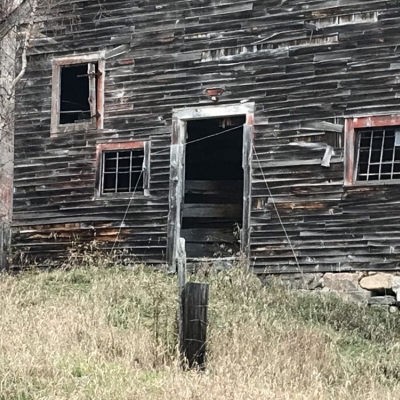 Doorway to the past. Photo DA

More mature NH forests comprise tall white pine and red oak with limited vegetation in a shady understory. North through the Lakes Region, add sugar maple, beech, yellow birch and ash growing over the understory of lawns and homes.  Old timers lament the change. One older gentleman told me that fabled deer, partridge and rabbit hunting of yore had “gone all to hell.”  He remembered the empty farmlands of his youth, thickets of scraggly young trees and fruiting shrubs preferred by those game species.

The 1940’s and 1950’s-era thickets have matured to shady yellow birch, beech, red maple and hemlock forests. Others have long-since been converted from farms or young forests to new residential or commercial developments.

In reality, deer hunting at least is likely better than ever. Rifle season opens statewide on Wednesday November 13 and there are plenty of deer: 100,000 by NHFG population estimates.  That’s too many deer in Southeast and Seacoast communities where browsing limits hardwood seedling regeneration and a visible browse-line in the understory reveals deer densities are too high. Hunters may purchase deer permits to take an additional doe in the State Wildlife Management Units (WMUs) where Fish and Game biologists seek to reduce the deer herd.

Ironically, these are the same communities where human population density is also high. 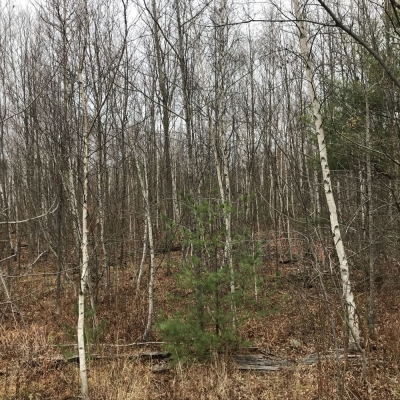 Perhaps the oldtimers' lament is more nostalgia for a remembered landscape: thickets of young forest now grown-up or developed; a landscape of boyhood hunting memories, a paradise lost.

There IS a subtle, recurring November nostalgia.