Herbert Welsh Saves Mount Sunapee -- What Would He Think of the Mountain Today? 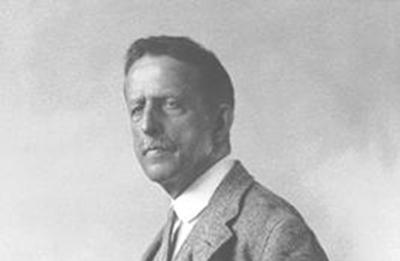 Herbert Welsh, seasonal resident on Lake Sunapee, died nearly 75 years ago at the admirable age of 89. As is the case with ardent conservationists, Welsh’s contributions to the people of New Hampshire have survived him.

Welsh was an active member of the Society for the Protection of New Hampshire Forests in its early days. Among his causes was a determination to keep the northern slopes of Mount Sunapee from the ravages of early 20th century logging practices, which usually focused on short-term return rather than long-term sustainability of the forests. The way to do that, he reasoned, was to buy the land from the paper companies that owned it in order to manage it more wisely for the benefit of the public.

And so he convinced his neighbors to chip in to do just that. But who would own it and maintain it in a way that respects the purposes for which it was being conserved? The state held relatively little forestland at the time. Towns sometimes had “Town Forests”—for example, the Town of Newington is justifiably proud of the country’s oldest surviving Town Forest set aside in 1710. But the modern idea of a non-profit “land trust” (there are more than 1,700 land trusts in the country today) had yet to emerge.

Enter the Society for the Protection of New Hampshire Forests, founded in 1901 to foster the idea of a federal forest reservation, the White Mountain National Forest. Would the Forest Society consider actually owning land, holding it in the public trust for public benefit?

Indeed it would, as the early founders decided consciously to do, noting in the 1911 annual report that it “seeks to protect every prominent mountain in the state.” Philip Ayres, the Forest Society’s first forester, and others were already working to acquire and protect land on iconic Mount Monadnock. It was Herbert Welsh who brought to the Forest Society the opportunity to own and manage 656 acres on another prominent mountain, Mount Sunapee.

Mount Sunapee was the Forest Society’s first Forest Reservation, acquired in 1911. Ayres described it this way at the time:

Nearly the whole of Sunapee Mountain has been more or less cut over for spruce timber. Originally the mountain must have been both darker in color and more rugged in appearance, due to the far greater number of black tops of spruce and fir. Fortunately, the dense cover of hardwoods—birch, maple and beech—has never been seriously broken on account of the prevailing low [timber] prices of those woods. On the steep places, where logging is difficult, both spruce and hardwoods are still standing in their primeval condition. These steep places are also most prominent in the view from the lake. The long sky-line has not been severely injured.

Protecting Mount Sunapee was an early milestone in what has become more than a century of conservation, during which more and more communities and individuals came to agree with Herbert Welsh, that in some cases the greatest public good comes from “perpetuating the forests”.

Welsh was just getting started in his conservation mission. He was a campaigner who would help protect land in nearby Sutton and on Mount Kearsarge. By the time of his death in 1941, he helped add another 700 acres to the Mount Sunapee Forest Reservation. He also led the effort to convince the Town of Sunapee to acquire Dewey Woods, which includes a trail honoring Welsh’s legacy that was dedicated just last summer.

What Welch could not hold back, however, was the Hurricane of 1938, which decimated New England and downed millions of trees, including on Mount Sunapee. The July 1939 Forest Notes magazine reported that the east side of the mountain above Newbury was damaged most of all but that there was little damage on the west side of the mountain toward Goshen, further suggesting the latter route to Lake Solitude and the summit for “those who are tired of hearing about and seeing the effects of the hurricane”.

More damage came in October 1947, during the worst fire season ever recorded in New Hampshire and Maine. On October 19, an afternoon lightning strike near Lake Solitude ignited a blaze, fueled by downed wood from the hurricane. It burned for a week and scorched eight miles of Sunapee.

Although the Forest Society owns 174 forest reservations today, we no longer own land on Mount Sunapee. In 1948 the Sunapee land owned by the Forest Society—and the responsibility to steward those lands responsibly—was taken on by the State of New Hampshire, which still owns Mount Sunapee State Park today, leasing out the ski area.

The private-public partnership between the Forest Society and the State has always been strong—during the same period (October 1947) the Forest Society also relinquished management of the Flume Reservation in Franconia Notch, a transfer that then garnered far more attention than the change in ownership at Sunapee. At the time, we said this:

Our Society takes justifiable pride in the [Flume] property, which will be turned over to the State and has every expectation that the Department of Forestry and Recreation will on behalf of the State not only maintain the standard as the years go by but will be able to serve the people satisfactorily and at the same time preserve the natural beauty of the Reservation.

One wonders what Herbert Welsh might think of Mount Sunapee today. We can find a hint not just from his actions a hundred years ago, but also from his partner in conservation, Philip Ayres, who wrote a posthumous appreciation of Welsh in the January 1942 issue of Forest Notes. In it, he quoted long-time Harvard University President Charles W. Eliot, who said “To establish a forest reservation is as nearly as immortal as any human effort can be; it is self-perpetuating and lasts from generation to generation.”

Would it will be so.