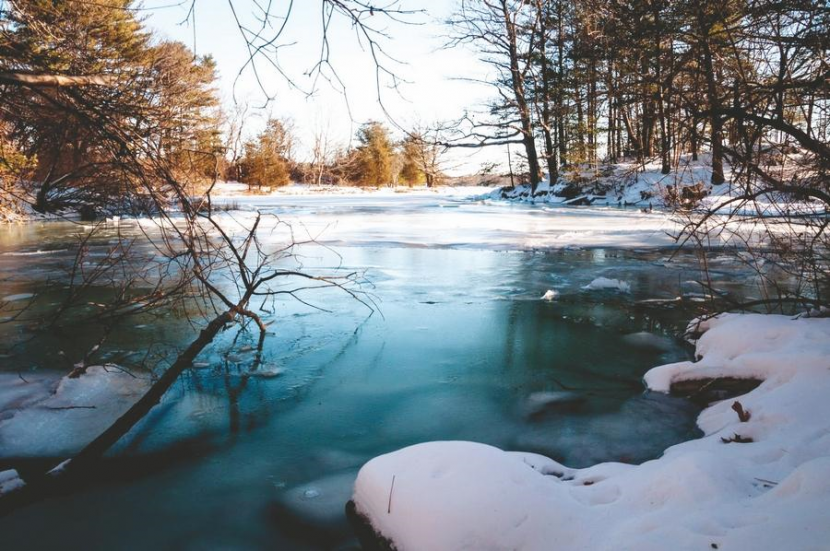 Trees have a funny way of getting ready for winter. Unlike people, who bundle up against the cold, deciduous trees sense the receding sunlight of shorter days and commence to get naked. And then they stay that way all winter long.

So how is it that trees are able to survive through the wickedly cold temps we've all been experiencing the last few weeks if they're standing out there au naturel in front of God and everybody?

They do so through dormancy, which is tree-talk for a kind of hibernation. Broadly speaking, deciduous trees do approach winter survival like some mammals by slowing down their metabolism and energy needs, in part by suspending growth.

A tree is typically made up of dead cells and live cells. When the mercury drops down so far that the Devil starts to get worried, there's no harm when those dead cells freeze. But keeping the live cells from freezing is a life-or-death matter, and a given species' ability to adapt to do that is among the characteristics that determine its northern range. Not a lot of magnolias thrive here in New Hampshire.

Like so many of us who try to keep our pipes from freezing, trees do the same. In deciduous trees, capillary action is broken after the first freeze to keep water from moving around. Then the key is keeping water found inside living cells from freezing. Water between the cells can freeze without undue harm. So, through a chemical process, water moves out of the cell. That water, as it freezes, releases tiny amounts of heat that helps keep any water remaining in the cell from freezing. 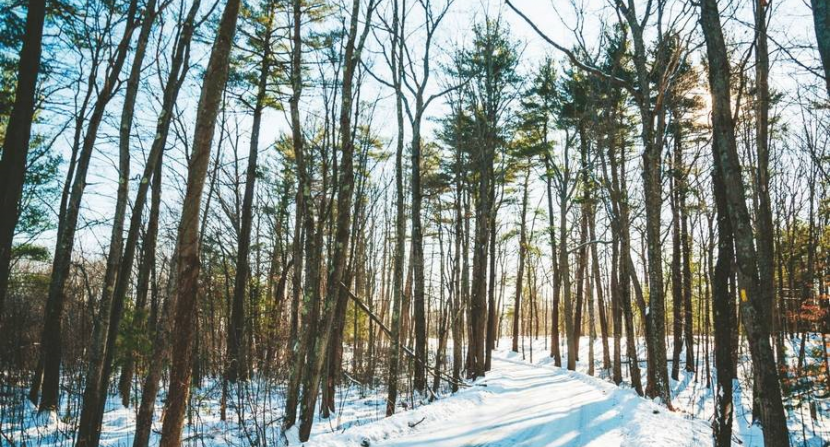 Wood frogs do something similar. By converting glycogen into glucose and accumulating urea in tissue, they can survive winter even though 65 percent of their body is frozen. 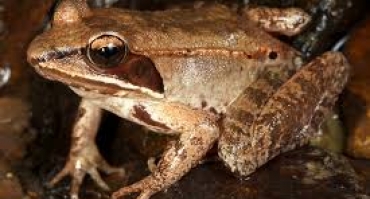 Many humans attempt something similar to keep warm in the winter, replacing water with alcohol. (In fact, I have been told such experiments are occasionally conducted in bob houses every winter throughout northern New England.)

Conifers, like pine, spruce and fir, are a bit more modest than their broad-leafed cousins in the winter. Although they will shed their old needles, they stay clothed in live needles-and under the right conditions can continue to photosynthesize even during winter. Their plumbing system is hardier than deciduous trees, making it possible to stand up to some internal ice expansion.

So when you're out for a winter walk in the woods, stop for a moment and marvel at the adaptability of the trees along the way. Don't be offended if the leafless variety pay little attention to you-they're hibernating. But do say hello to your friendly neighborhood conifer - it may be sleepy, but it's still awake.
Originally published in the New Hampshire Sunday News