Something Wild: The Deer Hunter

New Hampshire Fish and Game biologists estimate the statewide deer population to be more than 100,000. Meanwhile, the number of licensed hunters here in New Hampshire is decreasing, as part of a broader, nationwide trend.
Dave Anderson, Emily Quirk
Wildlife
Recreation 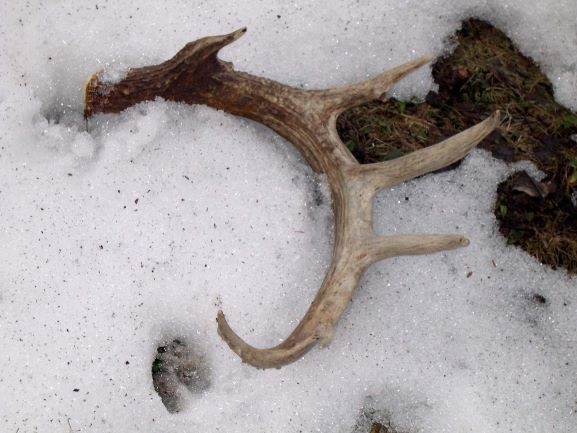 An antler is photographed next to a deer track in the snow.

Sitting in a tree stand in the icy pre-dawn darkness has become a cherished winter time ritual for me.

I wasn’t raised in a hunting family, yet I live on a tree farm with fruit trees, vegetable gardens, and a backyard maple sugarhouse. Seeing and tracking deer is common. They’re beautiful, graceful, sometimes pesky… and very tasty.

My decision to hunt is about meat: venison that’s clean, local, and grass-fed. It’s about forging closer connections to the forest where I live. And let me tell you deer hunting is NOT easy, even with the odds increasing in my favor.

New Hampshire Fish and Game biologists estimate the statewide deer population to be more than 100,000.  Meanwhile, the number of licensed hunters here in New Hampshire is decreasing, as part of a broader, nationwide trend.

Dan Bergeron is a head biologist of New Hampshire’s Game Division; a department that works to manage deer populations. According to Dan, New Hampshire had 50,000 licensed hunters who harvested just over 12,000 deer between September 15th and December 15th, 2019.

For context, 2018’s season was a near record kill,with just over 14,000 deer harvested. And over the past decade, annual deer numbers have remained steady in the 10-12,000 range. 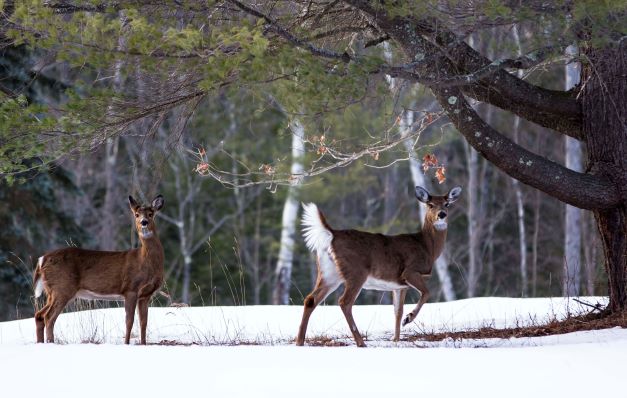 So what does it mean when fewer hunters are having near record high hunting season?

Quite simply, it’s all about regulation.

Prior to 1980, hunting seasons in New Hampshire didn’t have much rhyme or reason to them, creating spikes and crashes from year to year.

Since then, NH Fish and Game has switched to a science based management approach with distinct  regions known as Wildlife Management Units.  WMU’s are better equipped to regulate and monitor female deer harvests closely. This, in combination with milder winter weather, has led to increased harvests, comprised predominantly of adult bucks, which leads to more stable deer harvests throughout the state.

Each WMU has a population objective which incorporates both biological and social considerations. Too many deer can have negative impacts on road safety, and on human health with increase rates of tick-borne diseases.  Increased deer populations can also impact ornamental horticulture, backyard vegetable gardens and commercial agriculture.

Perhaps most insidious is the impact on forest health – particularly where deer densities are highest. Over browsing include limited seedling regeneration, and damage to understory saplings which also affect cover for other wildlife species.

Whether you like it not, hunting is THE primary tool NH Fish and Game biologists have to manage deer densities on the landscape. For more information, clink this link-->

Special thanks to Dan Bergeron, Deer biologist for NH Fish and Game for the stats.

Something Wild is a joint production of NH Audubon, The Society for the Protection for New Hampshire Forests & NHPR.