One Year After the Hope Forest Timber Harvest 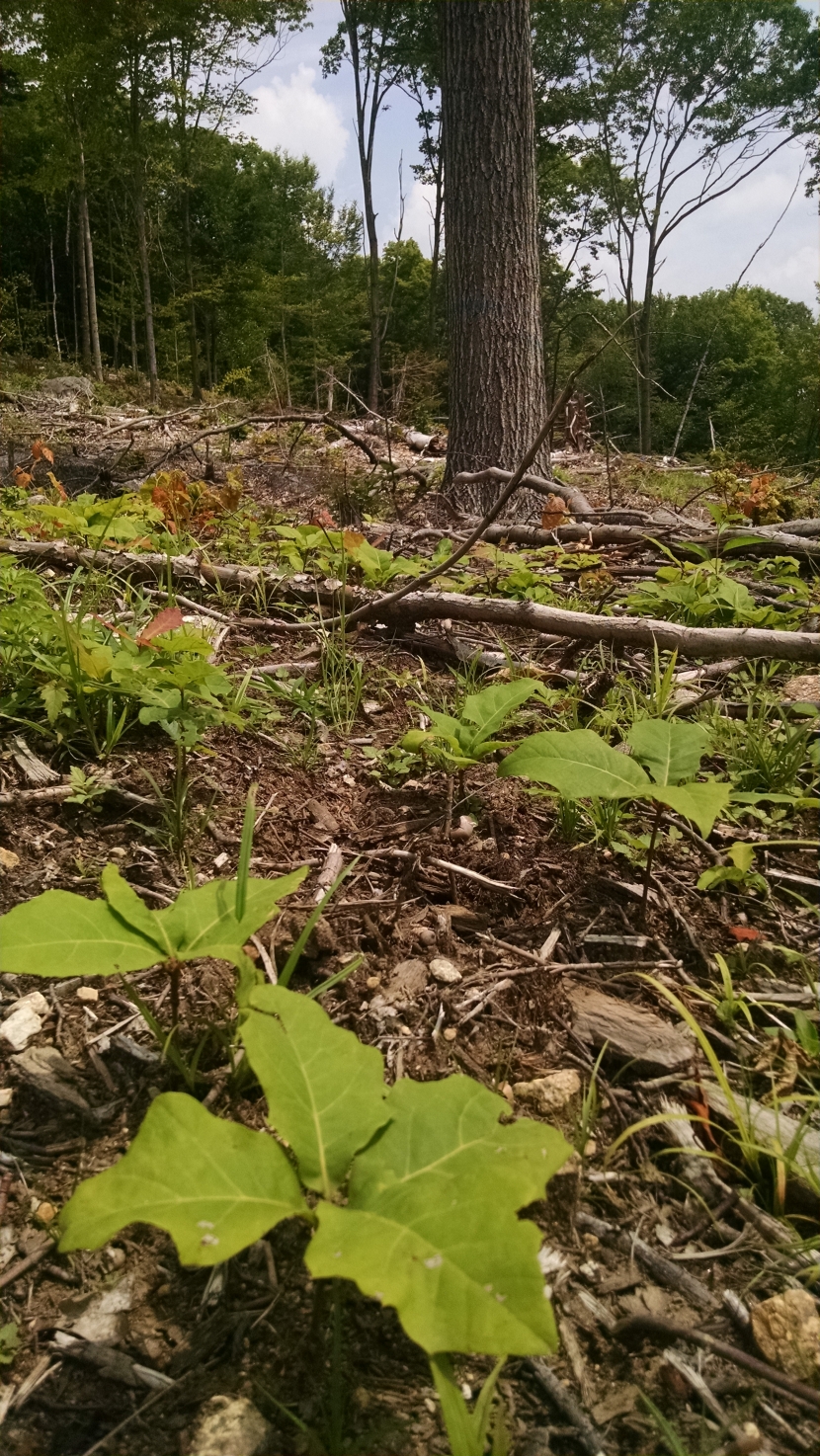 In the fall of 2014, the Forest Society conducted a timber harvest on the Emily & Theodore Hope Forest in Danbury.  Licensed forester Jeremy Turner oversaw the harvest, and the wood was cut by loggers Scott and Glenn Zambon.  One of the most important goals of this harvest was to create conditions suitable for a young oak forest to become established.  Almost one year later, I’m happy to report that the forest floor is covered with oak seedlings!

So what were the keys to this harvest’s early success?  First of all, the pre-harvest forest contained many healthy, mature oaks that appeared well suited to the site’s dry, well drained soils.  We scheduled the harvest for the fall, after a particularly large crop of acorns had fallen.  During the harvest, the machinery drove over the acorn bumper crop, packing many into the ground.  Finally, the cut created openings in the forest canopy large enough to give those acorns enough light to germinate.  The result was the excellent oak regeneration we see today.

Many other plant species will thrive in the canopy openings we created.  In five or 10 years, the area will likely be a tangle of blackberry shrubs and tree saplings so dense it will be difficult to walk through.  This type of dense thicket provides habitat for bird species such as chestnut-sided warblers and excellent browse for deer.  The oak seedlings that are obvious today may be lost in the mix, and possibly even overtopped by faster growing pioneer species such as white birch or aspen.

In 15 or 20 years, the mix of tree saplings will have likely overtopped the thorny shrubs and formed a young forest.  These areas are commonly used by birds such as ruffed grouse and rose-breasted grosbeak.  If the oaks we see today survive to this point, they stand a reasonably good chance of becoming mature trees.  That’s because oak trees are like good long-distance runners: They know how to pace themselves.  Early in their development, oak seedlings establish a strong, deep root system.  This, along with their mild tolerance for shade, allows oaks on the right soils to ultimately beat out the tree species, like white birch, that sacrifice these traits in favor or quick initial growth.

The Forest Society plans on owning this land forever (which is a pretty long time!), so it is very important for us to think about what we want the forest to look like 100 years from now before we cut down what exists today.  While it’s still too early to know for sure if this harvest was a complete success (a forester is never really out of the woods, right?), we are very happy with its results so far.

Gabe Roxby is a field forester with the Forest Society.