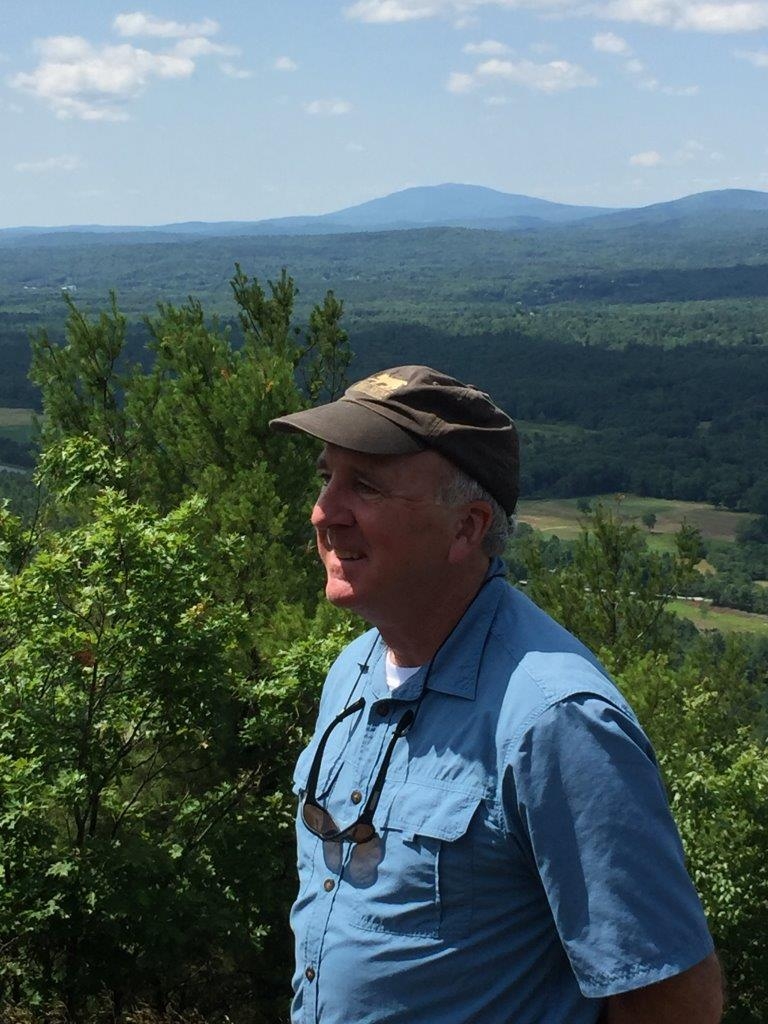 Ben Haubrich looks out from the Hedgehog Ridge in Deering.

The recipient of the Forest Society’s 2016 Trish Churchill Volunteer of the Year award is no newcomer to conservation or land stewardship.  Ben Haubrich first became familiar with the Forest Society in the early 1970s when, fresh out of college, he became the manager of Monadnock State Park.  At that time, the Forest Society’s more than 3,000 acres on Monadnock weren’t leased to the State as part of the park, but Ben remembers coordinating with Forest Society staff.  “It was a very challenging job,” he said about his years at Monadnock, “but also a very special place to be working.”

After more than 20 years at Monadnock State Park, Ben went on to serve as a regional supervisor for N.H. State Parks, and then administered the Land and Water Conservation Fund before retiring in 2004.  With an entire career focused on conservation land, you might think that Ben would want to do anything but that in retirement.  Instead, he quickly found himself helping out at the Francestown Land Trust in his hometown of Francestown, N.H., and that led to more volunteer work with conservation organizations like the Forest Society.  When the Forest Society protected the High Five Reservation in Deering in 2004, Ben attended a guided hike from Deering Reservoir to the stunning, 360-degree views on the top of Wilson Hill at High Five.  He was smitten.  And so were some serious litterbugs, unfortunately.  “I started going to High Five regularly and bringing others, friends and family,” Ben said.  “But there was a lot of trash, and I was always out there cleaning it up.” 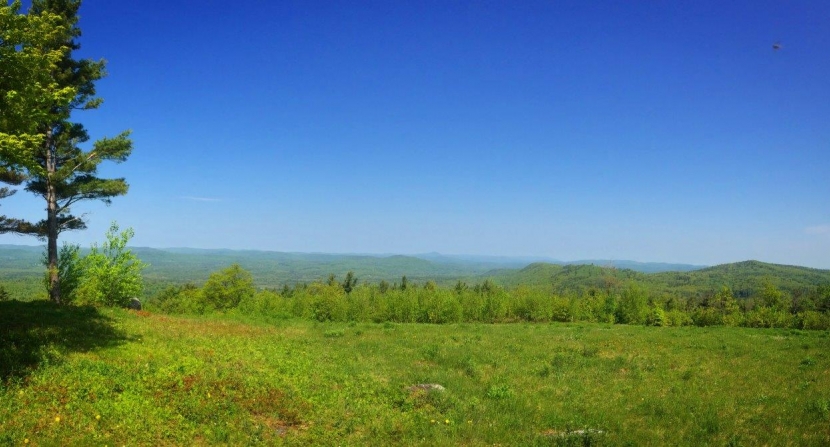 Eventually, he decided he might as well make it official and become a land steward for the property.  In 2012, Ben added the newly protected Hedgehog Mountain Forest in Deering to his land steward duties. He soon realized it might be possible to connect his two steward properties, Hedgehog Mountain and High Five, with a long-distance hiking trail along the dramatic Hedgehog Ridge.  The five-mile Hedgehog Ridge Trail would need to pass through the Forest Society’s Deering Preserve as well, in addition to land owned by the New England Forestry Foundation (NEFF),  Meadowsend Timberlands (MTL) and others, but Ben was determined to make it work, and the Forest Society agreed it was an extremely worthy project.

Over the next two years, Ben planned and fine-tuned a hiking route along the Hedgehog Ridge.  He met with town officials and abutting landowners and helped secure permissions and support for the trail.  Then came the work of building the trail, clearing and marking it, and installing infrastructure like signage and a footbridge.  With help from his wife Robin and fellow land steward Bob Macentee, Ben was at the forefront of all of this, quietly getting the work done without fuss or fanfare.  “I like to get up there as often as I can,” he said. “Of all my volunteer efforts, this kind of trail work is by far my favorite.”  Now that the route is complete and open to the public, Ben can relax and enjoy the scenery more.  And the scenery is spectacular --  sweeping views of the Contoocook Valley with Mount Monadnock standing prominently to the southwest. “I especially love the variety on this trail. The ridge views with gaps between, rock falls, and different vegetative communities make it interesting,” he said. 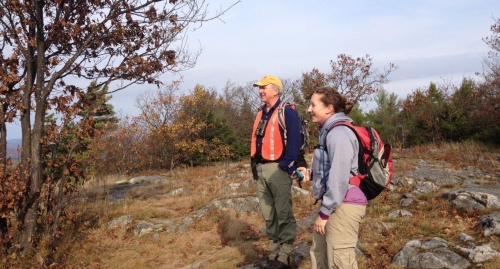 Recently, Ben was sorting through some old paperwork and found a worn letter.  It was written by former Forest Society Director of Education Les Clark and signed by former President/Forester Paul Bofinger, and it named Ben as “an agent of the Forest Society,” since he had offered to help address problems on Forest Society lands while working at Monadnock State Park. “I thought that was neat,” said Ben.  “I guess I’ve been a volunteer for the Forest Society for a really long time.” 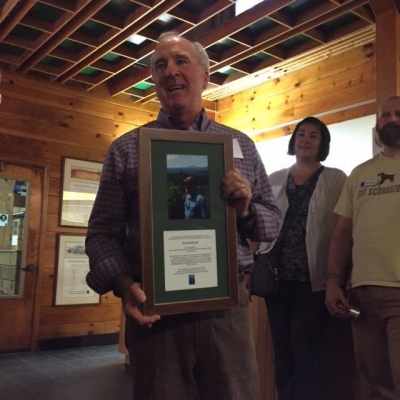 Receiving the Trish Churchill Volunteer of the Year Award