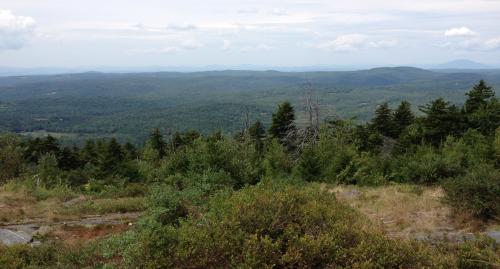 On the federal level we work with our Congressional delegation, our conservation partners, and federal agencies to support the Land and Water Conservation Fund, the Agricultural Land Easement Program, a variety of US Department of Agriculture conservation programs and conservation tax benefits administered by the US Internal Revenue Code to encourage donations of permanently conserved land.

At the state level, we support the Land and Community Heritage Investment Program  (LCHIP), established in 2000 with broad bipartisan support to promote the permanent protection of land and historic structures.  Since its inception LCHIP has granted $27 million toward 240 projects that permanently protect more than 260,000 acres of land statewide.  LCHIP’s fund leveraged nearly $8 of non-state funding for every $1 in state funds.  A key element of LCHIP’s success is a dedicated fund established in 2008 that generates about $4 million annually from a $25 fee charged at the state’s ten registries of deeds for the recording of each deed, plan and mortgage document.

The Forest Society also supports state laws enabling municipalities to create land conservation funds at the local level from Land Use Change Tax revenues collected by towns and cities when landowners remove land from Current Use.   Since 2000, New Hampshire municipalities have appropriated more than $140 million toward local land conservation projects.