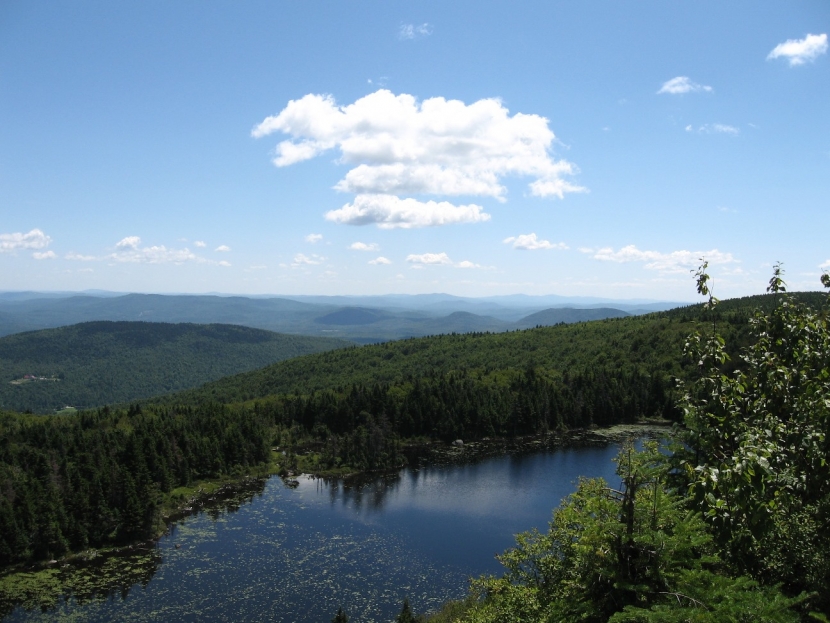 The Forest Society has long had a special connection to Mt. Sunapee.  We first started acquiring land on Mount Sunapee in 1911 to protect the ecologically significant forest communities on the mountain.  In the late 1940’s the Forest Society conveyed its ownership of 1100 acres to the state in order to create the state park, which was to include a state owned ski area.  The state operated the ski area until 1998, when the Legislature mandated that the Division of Parks and Recreation solicit bids from private enterprises interested in operating the ski area under a lease agreement with the State.

When the previous owners and operators of the ski lease, Tim and Diane Mueller, expressed a desire to expand the existing ski area in 2002, the State initiated scientific research by its Natural Heritage Bureau to better understand the ecological significance of existing forested communities on the mountain.  This research identified ecologically significant forest communities in the so-called “East Bowl” area of the state park in 2003, which eliminated consideration of an expansion of the then leased area by the lessee into East Bowl.  In 2004 the lessee began to acquire private land to the west of the MSSP and leased ski area boundary, with the goal of expanding ski operations into the West Bowl area of Mount Sunapee.   This led to a contentious decade of debate, culminating in a complicated compromise agreement between the State and the lessee to allow expansion of ski operations within the West Bowl under certain restrictions.

In June 2018, the Muellers notified state officials they were pursuing a proposed sale of the lease interest to Vail Resorts.  The transaction also included the conveyance to Vail Resorts of approximately 650 acres of land the Muellers owned in Goshen, NH. That property shares a common boundary with the ski lease area at MSSP which is partly the location of an expansion plan for the ski area known as the “West Bowl Expansion”.  Although approved by the State, the proposed West Bowl expansion has not moved forward.

In September 2018, the Department of Natural and Cultural Resources approved the transfer of the Mt. Sunapee ski lease to Vail Resorts. This lease, which encumbers 1,135 acres of the 2,962 acre state park in Newbury and Goshen through 2028, provides revenue to the State which in turn supports the capital expenses of the State’s other ski area, Cannon Mountain in Franconia Notch State Park.

The Forest Society has significant concerns with any expansion of ski facilities within the existing boundary of Mount Sunapee State Park (MSSP) that may adversely impact the exemplary natural communities of forest growth identified by the NH Natural Heritage Bureau within the 2,962 acre state park.  The best outcome for these exemplary forests on Mount Sunapee would be for ski operations to be confined to what is now on the ground within the existing leased area.

Further, the buffering of the forests within the park from disturbances should be a high priority.  To achieve this goal, the Forest Society would support the permanent protection of additional land near and adjacent to Mount Sunapee State Park.