The Trouble with Assumptions 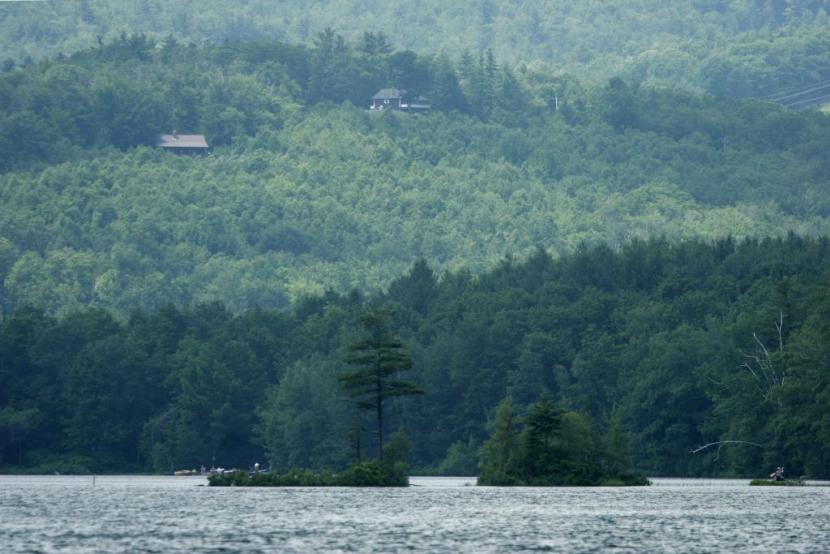 As a representative of the Forest Society, I was recently invited to take part in a Forestry Roundtable organized by UNH Cooperative Extension.  The discussion centered on forestry operations (timber sales) in a large watershed and the potential threats to the quality of water in a central New Hampshire lake. Water quality is an ‘everyone’ issue whether you drink it, wash with it, recreate in or on it, use it in an industrial process or just look at it.

Attending the meeting were town officials, timber operators, watershed scientists, GIS professionals, foresters, state forest rangers and a few interested landowners.   In this case forest management – logging -- was on a very short list of possible causes of a small increase in phosphorus levels in the lake occurring over the last 25 years.

I became a bit prickly at the start of the meeting because of an immediate assumption that active forest management in the watershed was the culprit causing this adverse impact on the water quality of the lake.  I felt it was sort of a ‘guilty without proof’ argument.  It is true that phosphorus comes attached to sand and soil that washes into the lake, but it also comes from fertilizers and soil treatments used to keep lawns and farms green and growing, and from septic system runoff.

A facilitator maintained order and kept participants on task and topic as the afternoon flew by.  But as the discussion deepened, it became apparent that what we were all calling ‘forest management’ wasn’t the same thing. On one side were those who thought forest management was completely clearing all vegetation off a property without regard to state environmental regulations, best management practices (BMPs), or sustainable results. (They had a good reason for this thought, for just up the road a large property had been abused like that.)  I sat on the other side thinking that forest management meant science-based activities, including harvesting, that adhered to all state regulations, was administered by a licensed forester, used qualified loggers, applied all BMPs to provide benefits to wildlife, aid soil retention, mitigate visual impacts, and accomplished the landowners’ goals and objectives.   Both sides were protective of their position and defensive in their approach to the discussion.

Part of the roundtable process was to think about other data points that were missing or undervalued in the presentations.  To that end, we heard from forest rangers about the lack of evidence that managed timber harvesting in the watershed was adding siltation to any of the local brooks or rivers.  The presenters admitted that phosphorus could not be linked to its source and could have definitely come from fertilizers or other sources.  We learned that in the last 25 years there had been a significant increase in landscaping along the shore of the lake and that new gravel roads had been constructed to access higher slopes within the watershed where large seasonal and full time residences had sprung up like large mushrooms. And we heard that the resident and recreational population around the lake had increased within that same time period but that no demographic information had yet been accumulated.

Participants began to realize that maybe there were large gaps in the data needed to make a rational decision about where the phosphorus was coming from, and that maybe, just maybe, it wasn’t from ‘forest management’ activities at all. This idea gained ground when all the foresters and loggers at the table decried the shoddy operation others had seen nearby and pointed out that it was in no way representative of the vast majority of logging operations.

And those of us on the sustainable forest management side began thinking that with some more discussion and additional information, there was hope for greater understanding.

George Frame is the Senior Director of Forestry at the Forest Society. He can be reached at gframe@forestsociety.org.