Where have all the wild birds gone? 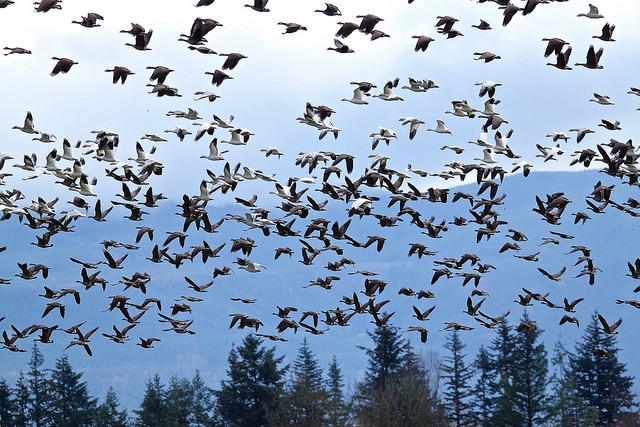 As we hunker down for the winter weather, we’re frequently too preoccupied with what is in our front yards that we tend not to notice what isn’t there. The snow and ice have muscled out the grass, and the chilly sounds of the north wind have blown away the dawn chorus that woke us this summer. And short of finding a postcard in your mailbox from a warm exotic location, signed by your friendly neighborhood phoebe, you probably haven’t thought much about the birds that flitted through your yard just months ago.

Where is this place called South-for-the-Winter?

We love to admire the birds when they’re here with us, but we’ve accepted that school-age aphorism that birds fly south for the winter. As if there was some avian Sandals resort, at which birds congregate, sipping margaritas and playing beach volleyball until it’s time to come home. But these birds are not on vacation. New Hampshire is too cold and offers too little food, so most have moved to more hospitable places in order to survive. 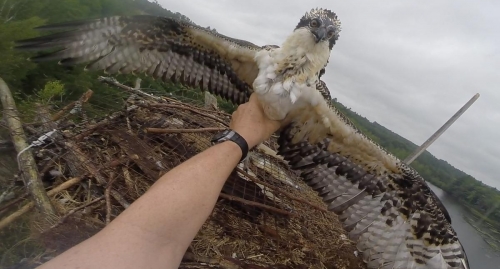 However, migration is not one-size-fits-all. Different species practice different forms of migration. Ospreys are large raptors that feed almost exclusively on fish. Since the ice that forms on lakes and rivers prevents them from diving for fish, they all leave NH in the Fall for warmer waters in South America near the Equator.

Listen at the link below to hear Chris explain the nuances of migration strategies. 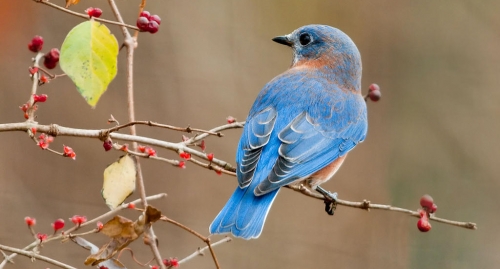 New Hampshire also hosts species that are considered “partial migrants.” Whereas with osprey, every single osprey leaves the state for the winter, that’s not the case with partial migrants like eastern bluebirds. Bluebirds at the northern edge of their range – in Quebec – don’t stay there year-round, while their New England counterparts can sometimes find enough food and shelter to survive the winter. Which means that the bluebird in your backyard right now might be a year-round resident; or it might be a short-distance migrant from Quebec replacing the bluebird you watched last summer. 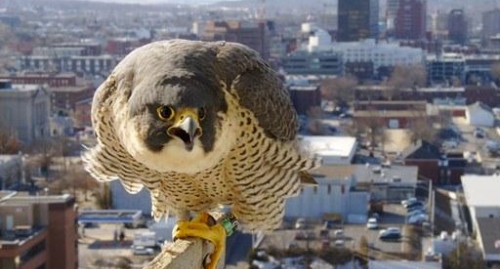 And then there is Leapfrog Migration.

The Peregrine Falcon is a "leapfrog migrant." Some peregrines nesting in Greenland migrate all the way to Argentina for the winter, a huge journey of about 7,500 miles each way! But other peregrines, like our celebrity pair in Manchester, often stay put or move only a few hundred miles to where they overwinter. So, the arctic nesters migrate the farthest, “leapfrogging” over the ones in the mid-latitudes.

Bird migration is full of nuances and variables. Not all individuals – even of a given species – behave in the same way. If you’re a bird, and you’re able to weather the cold, you can conserve time and energy, and avoid the risks of travel. There’s also an advantage come Spring, as far as reclaiming breeding territory. But the risks are also significant; if the weather suddenly gets too cold, or food becomes scarce, that bird might not survive.

We often think of migration with a capital M, like some irresistible urge that drives all birds south together, but the truth is that’s not always the case.

Listen to the Something Wild feature here at NHPR