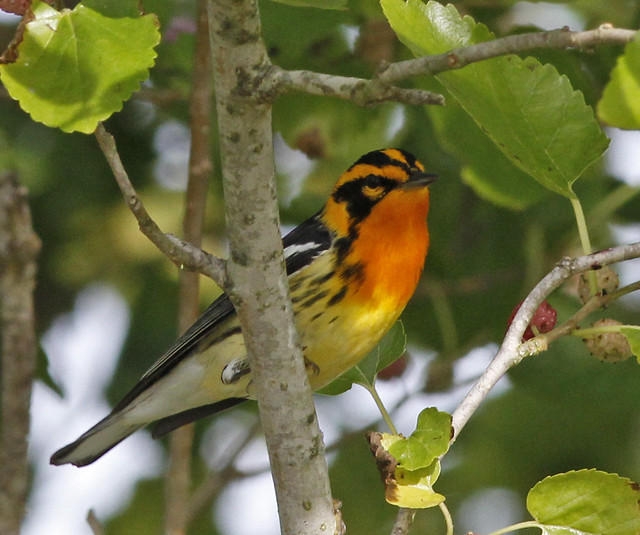 As spring tentatively unfolds around the state, (and the more diligent of us celebrate International Migratory Bird Day - 5/11) the familiar nuisance of black flies also reappears. And as annoying as we find them, as we’ve discussed earlier, they are a sign of healthy eco-system. The presence of black flies means there are sources of clean fresh running water nearby. Black flies are also among the explosion of insect protein in the northeast this time of year, which signals the arrival of more colorful residents…neotropical migrant songbirds. 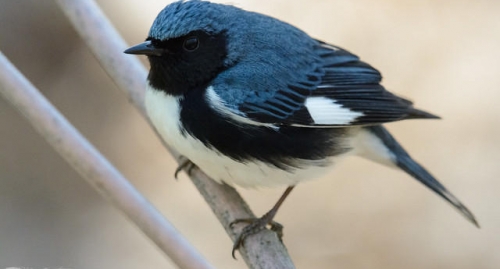 One particular phenomenon that happens this time of year is called, in birding circles, “Warbler Fallout.” These active birds are tiny, between 4-6 inches long. And in many species the male birds are brilliantly colored. Migrant birds been trickling in for over a month now, returning from their winter grounds in the neotropics. Most of the warblers we see in New Hampshire spend those cold months in Central America and the Caribbean, and are now returning to their breeding grounds.

To be clear, warblers is a pretty diverse family of small song birds. There are about 50 species of wood warblers in North America, and about 25 of them breed right here in New Hampshire. And several more species that don’t breed here, still pass through the state on their way to their preferred breeding grounds. 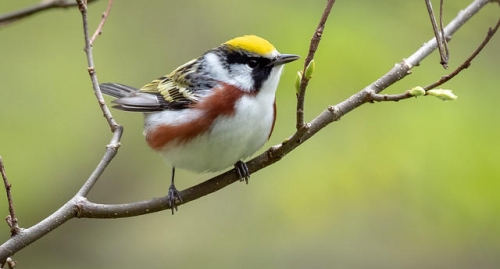 So during their spring migration, warblers travel at night; we think they follow celestial cues to stay on course. But when the fog rolls in, they fall out in random places, until the weather changes. Or sometimes they just stop cuz they’re tired, after all they’ve covered quite a few miles in the last couple of weeks. Either way, the warblers literally fall out of the sky en masse! If you’re in the right place, like a park, farm or woodlot, at the right time, you can watch hundreds, of warblers land looking for bugs to refuel them for the next leg of their journey and to rest a spell.

And the fallout is quite a spectacle, because all the males are adorned in their bright spring breeding plumage. Naturalist Edwin Teale described as rainbow birds, we captured those colors with the names we’ve given them: black-throated blue warbler, yellow-rumped warbler, ceruleyan warbler. There’s the blackburnian warbler that has a black and orange head; and the chestnut sided warbler which has rusty stripes below his wings and a yellow cap.

In addition to their garish colors, their songs also give them away, if you know what to listen for. Birders have developed some mnemonic devices over the years to help identify their songs. 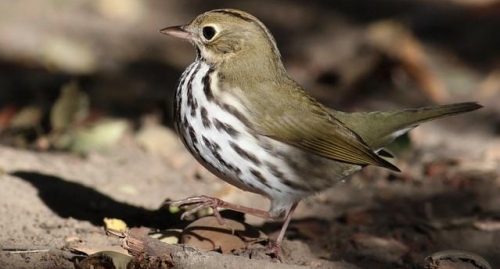 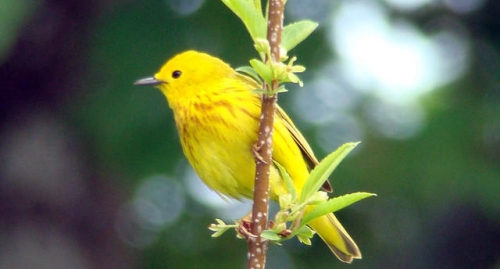 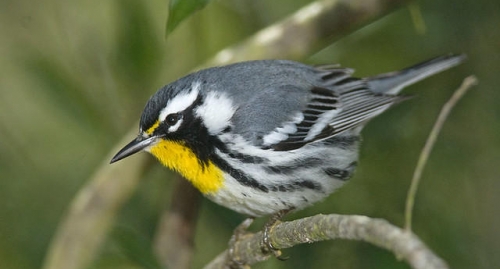 Warblers employ nest building strategies as varied as their songs and colors. For example, ovenbirds actually build their nests on the ground. And many nest in trees in a wide variety of tree species and at widely varied heights.

So where can you see this warbler fallout? The simpler question is where can’t you see it? There are spots all over New Hampshire to catch this remarkable display, just head over to your nearest forest and don’t forget to bring your bug spray. Because where there are warblers, there must be bugs.

Listen to this Something Wild feature here: