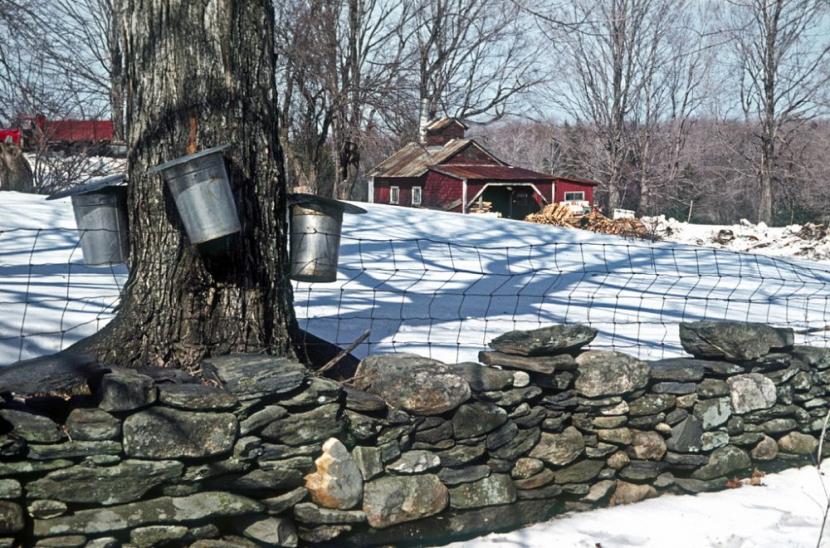 For those who love trees, a tongue-tip taste of fresh maple syrup is a sacrament, maple communion at the end of a long winter. Photo Charlie Kellog via flickr Creative Commons

Maple time in New England brings out the essence of the trees and the character in the people. For those who love trees, a tongue-tip taste of fresh maple syrup is a sacrament, maple communion at the end of a long winter. To ingest the distilled essence of trees confers the spirit of the forest itself.

In rural sugarhouses, language grows more coarse when sugar-makers debate how long the season might last. Attempts to forecast sugaring prospects are futile. The duration of sap runs and sugar content of the sap depend entirely on weather and factors peculiar to individual trees. The time to discuss the merits of sugaring season is when it’s over. "Ask me again in April," is the standard reply. 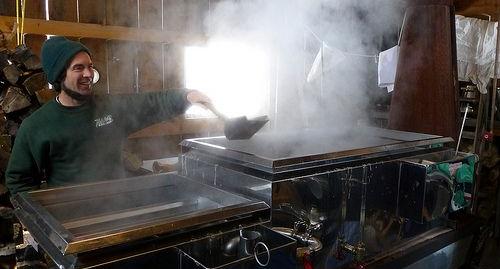 Sugaring requires hard work. It’s almost pointless to calculate profit with respect to time, labor and equipment investments. As one sugarmaker put it: “It’s not so much a business as a disease!"

Most producers can’t wait to tap by late winter. But once the sap starts 'Runnin’ like Hank' and the low-quality late season sap supply exceeds that of the firewood required to boil it, many producers confess they can’t wait to wash up. An old-timer told me: "When the Lord made men for maple sugaring, he first give ‘em a spine of steel… then took out half their brains!"

'Spring tonic' was an old-fashioned term for how warm weather provides an excuse for mischief. Legend has it one local sugar-maker tapped a telephone pole and hung his bucket on it. Folks in the village said it wasn’t a joke.

Winter’s end is reason fair enough to celebrate! Why else would otherwise rational people boil tree sap all night long in backyard contraptions?

I can’t say if maple madness is a symptom of spring fever… or the ultimate antidote!