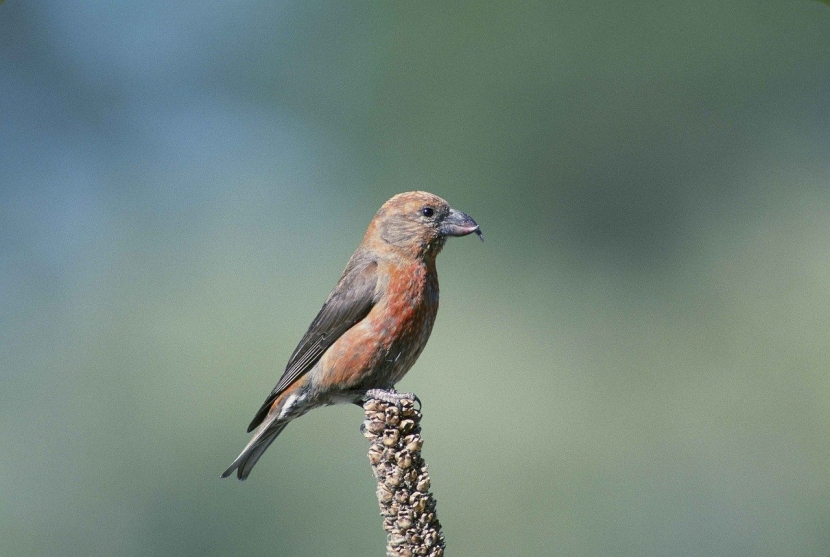 It’s a big deal for birders. So much so that enthusiastic birders have been known to base winter birding plans on this forecast, even driving hundreds of miles to spots deemed favorable for seeing White-winged Crossbills or Pine Grosbeaks.

But who makes these predictions, and what are these finch forecasts based on?

Enter Tyler Hoar, a freelance biologist and ecologist from Oshawa, Ontario. He’s recently taken the reins in predicting finch winter migration patterns from the legendary Ron Pittaway -- who started this citizen science project some 20 years ago.

"Ron set up this network, getting various birders, naturalists , foresters, and biologists across Canada and the northern United States to send him information in the late summer of what the cone crop looked like."

In order to understand irruptive species like Pine Siskins, Purple Finches, and others -- we must first consider their primary winter foods, which in the Northeast, is largely the seeds found in red spruce cones and white pine and balsam fir cones, too.

Basically, if you can get a good idea in late summer/ early fall where these trees are having a bumper crop -- and just as importantly, where cones are NOT abundant, then Tyler and his extensive network of spotters can better predict where finches will show up come January and February.

Crossbills finches in particular are a great example of these nomadic winter wanderers, flying hundreds, even thousands of miles, to areas far beyond their usual haunts.

If you’re lucky enough to see these little beauties up close, you’ll notice their oversized heads with powerful beaks that look like the business end of a pair of vice-grip pliers.  Kind of like an off-kilter overbite! They have strong jaw muscles, with upper and lower mandibles that overlap, letting them pry open tight cone scales and devour the nutritious seeds inside.

It’s humbling to be reminded just how connected these birds are to our northern forests, and how changes in cone production from one year to the next can dramatically impact where they end up each winter.

It also explains why some Januarys we are loaded with Crossbills and Redpolls in New Hampshire … And other years … not so much.