Something Wild: What's it like inside a beaver lodge? 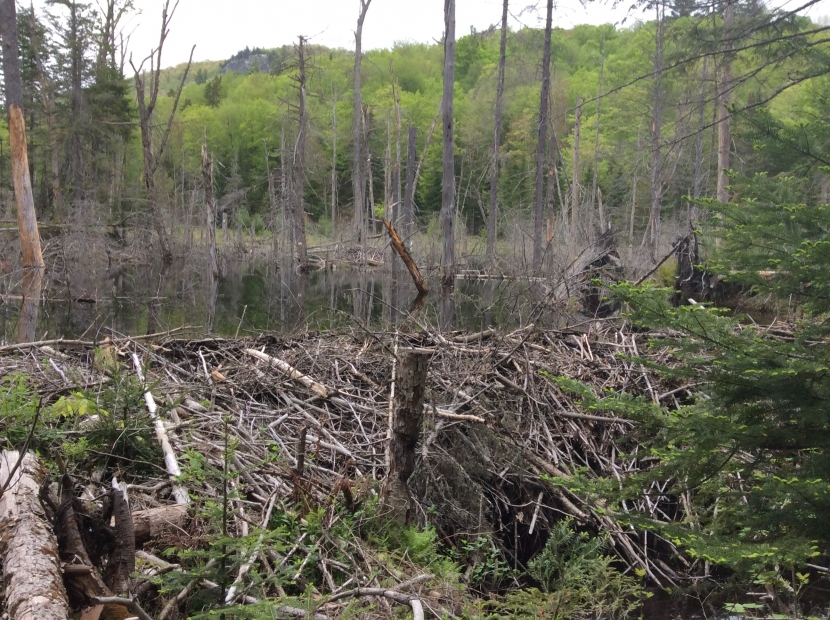 "Something Wild" is joint production of NH Audubon, The Society for the Protection of New Hampshire Forests & NHPR. We recommend listening to it in its original format via NHPR but a transcript of the show is also below. (Originally aired Nov. 5, 2021)

Beaver dams create an entire ecosystem that allows birds, insects and other animals to flourish. That’s why beavers are a keystone species; their presence improves habitat. But what's it like under all the sticks and mud of a beaver lodge?

“As a birder, when I see a beaver lodge, I know I might also get to see a kingfisher on the watery edge of the pond, or maybe a bittern lurking in the cattails,” says Chris Martin of New Hampshire Audubon. “Beaver dams create an entire ecosystem that allows birds, insects and other animals to flourish.”

That’s why beavers are a keystone species — their presence improves habitat. People generally like beavers, but they can be hard to appreciate if your basement or yard is being flooded by a beaver. 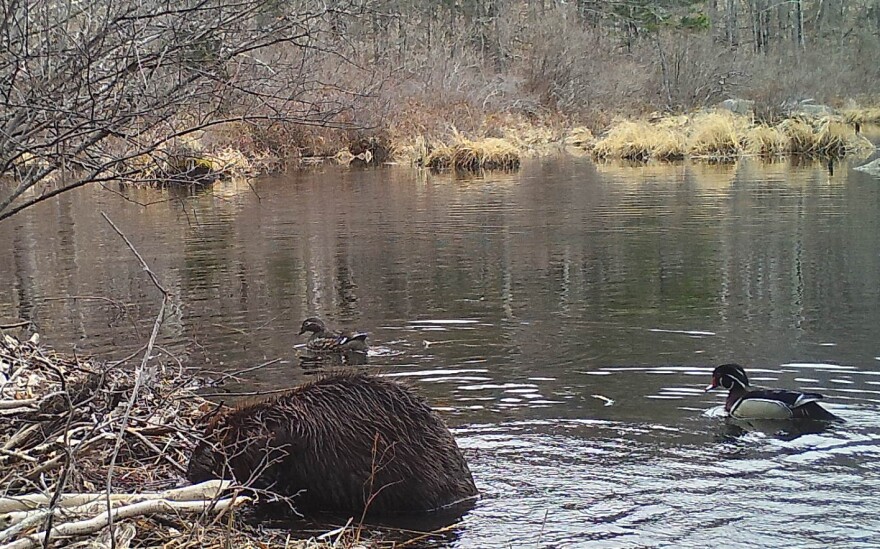 “In 1922, the Forest Society actually imported two pairs of breeding beavers from Minnesota to Kinsman Notch, adjacent to the Lost River Reservation, after they had been extirpated by fur trapping in the rest of the state,” says Dave Anderson of the Forest Society. “One hundred years ago there were almost no beavers in New Hampshire. A century later they’re found statewide and are maxed out of available habitat.”

The full moon in November is called the “beaver moon.” The Farmers' Almanac says that’s because November is when beavers begin to take shelter in their lodges for the winter.

Beavers are most active in late October and early November, just before ice forms on New Hampshire lakes and ponds. They begin working around the clock shoring up their dam. They need to maintain a pond deep enough so the ice does not freeze to the bottom, so they have access to a dependable supply of cut tree saplings anchored beneath the ice. They need to have enough to last through the entire winter until ice-out in March. 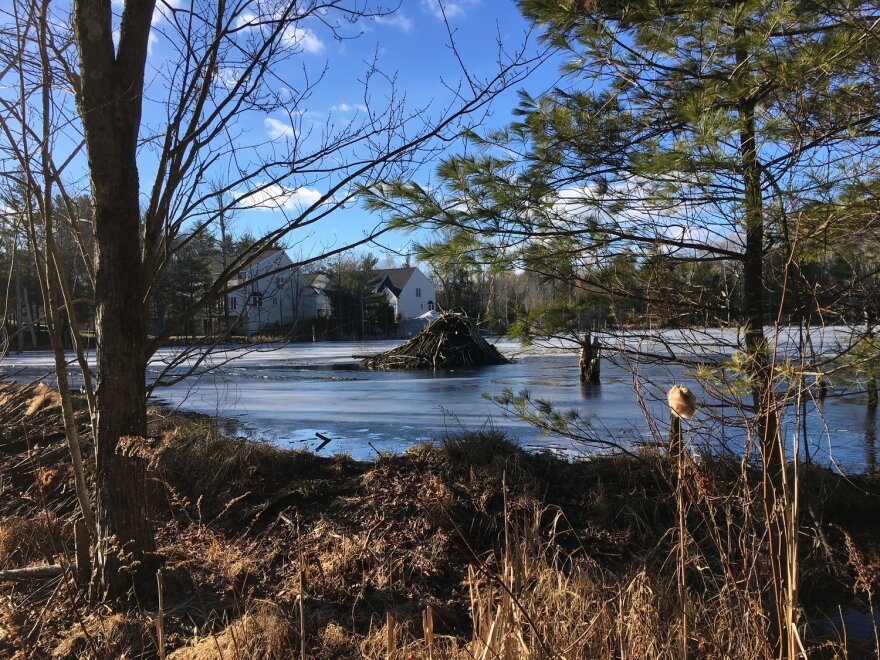 Beavers eat the green, outer bark of hardwoods, deciduous trees - not softwoods, the evergreens. Their preferred winter diet is the tender stems of willow, aspen, white birch, and maple; all trees that grow rapidly in sunny conditions. Hemlock, with bitter tannic acid in the bark, or trees like spruce and fir, with sticky pitch, are not used as food.

Beaver kits stay with the parents for two years and provide free labor. A colony usually consists of a breeding pair and up to five to six offspring ranging in age from newborn to two years old. After two years, the kits leave the lodge and go in search of their own territory. That’s why you may see more beavers wandering the landscape in springtime.

Beavers are clever; inside the lodge they have one area for drying off and feeding, and another higher sleeping area that is insulated with shredded wood and grass. The cement-like mud walls and insulating snow keep them pretty cozy.

They don’t hibernate like bears, though. Beavers slow down their metabolic rate and activity in winter; they put on body fat to store energy for the winter - even in their tails! Then, over the winter, their tails actually shrink as they use up fat reserves. But since the young are still growing, their metabolic rates are higher, and that’s when they eat the outer bark of the branches cached on the bottom of the pond.