Something Wild: The Tracker 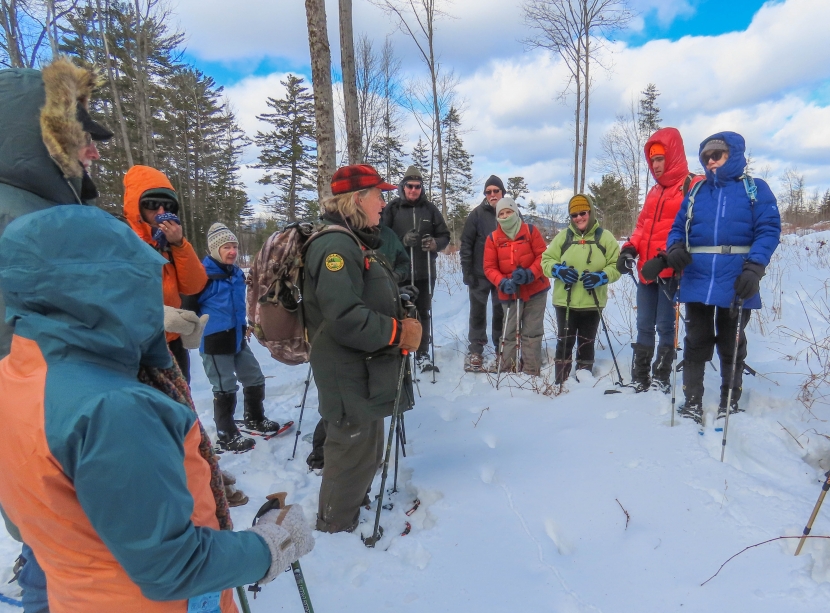 You can hear Something Wild on NHPR every other Friday at 6:45 a.m. and 8:45 a.m., or subscribe to the Apple podcast here.

Expert wildlife tracker Susan Morse is A LOT of things:

A life-long naturalist… a Shakespearian scholar… an award winning photographer.

What she is not… is easy to get a hold of.  So with some persistence and a little luck, Something Wild's Dave Anderson and Chris Martin tracked Sue down a few weeks back, before her busy season kicked into high gear. 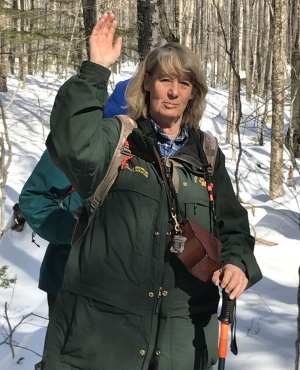 Sue Morse asking "repeat after me..."

Which is right about now (in late winter) as Sue leads dozens of programs across New England and beyond — teaching everyday people about wildlife tracking and habitat monitoring techniques.

Such wildlife corridors can be found along ridgelines, and around the edge of wetlands — and this knowledge is key to tracking wildlife successfully.

When Sue Morse is teaching a tracking class, they're "not just blindly walking down the trail, hoping to see tracks.  [They're] going deliberately to certain places, EXPECTING to see tracks."

But while a good amount of research and planning goes into Sue’s tracking classes, a little luck never luck never hurt either. 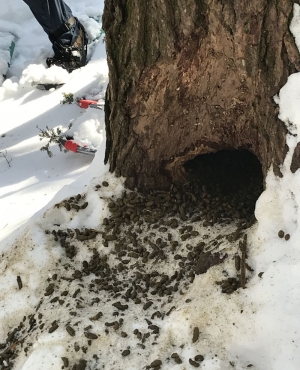 Warmer winters can add to the challenge of tracking forest critters, as mild temperatures  mean less snowpack… and less snow means footprints can be harder to spot.

But it's important to note that footprints in the snow aren’t the only evidence wildlife-trackers keep an eye out for.  According to Sue, the courses she leads teach students how to "track in each of the four seasons, because animals are leaving sign all the time — they’re communicating with one another, they’re seeking mates, and most importantly they’re feeding. So what are they eating and where?  And what evidence of that can we find?"

At this point, you might be asking yourself… why? 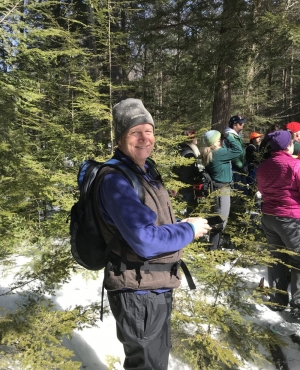 Why do we care what bears are eating, or care that fisher cats are breeding now? And WHO are these people actually taking the time to monitor the comings and goings of moose?

Historically, Sue's students have been middle-aged and elderly citizens interested in the natural world. But in recent years she's seen a marked shift.

"I believe I’ve seen a change in our clients, if for no other reason a greater percentage of them hail from ALL age groups.  And I will say that ALL people today are especially anxious about the conditions of the planet, and feeling that they need to be involved in stewarding the planet."

At its heart, this is what Sue Morse’s Keeping Track is all about: training citizens to look and listen to our natural surroundings; to get everyday folks collecting data, and involved in conservation planning. 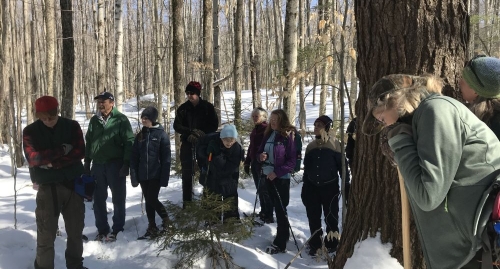 To listen to this feature on NHPR click here