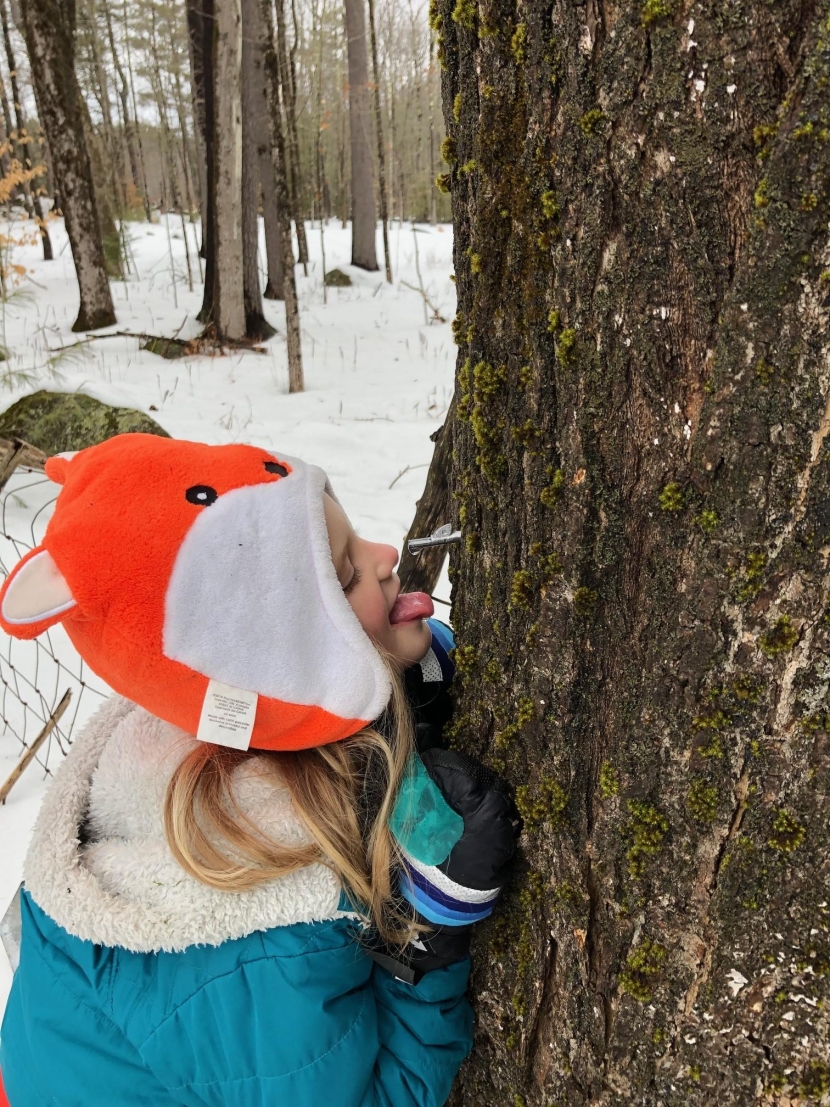 We recommend listening to it in its original format but a transcript of the show is also below. (Originally aired March 26, 2021)

For some, maple sugaring is a perennial ritual, painstakingly completed as we usher out the bitter wisps of winter, and embrace balmier, brighter days of early spring.

And whether you’re producing maple syrup with just a few buckets, or if you’ve expanded operations with a full-blown sugar shack … you know this much to be true:

1) Sugaring is an art

2) Sugaring is a science

3) And a great excuse to be outdoors, with family and friends.

This week on Something Wild, we check in with novice maple-sugar farmer Phil Brown, Director of Land Management for New Hampshire Audubon, to discuss the unexpected joys of maple season.

Most maple seasons last about 4 to 6 weeks, and because sugaring is so dependent on the weather—we never know just how long optimal conditions will last.

By optimal conditions, we’re talking daytime temperatures that reach into the 40’s and overnight lows that land in the 20’s. This “goldilocks zone” is juuust right for maple sap runs, because temperature fluctuation is what creates the pressure gradient “shock” that drives sap flow.

All you need to do at this point is literally drill a hole, hook up a small tap to a maple tree, hang a bucket, and let gravity do it’s thing. And once that sap starts flowin’, you gotta get while the gettin’s good. In order to make Maple syrup, though, sap needs to be boiled down for several hours to achieve the “syrup point” density.  At 219 degrees Fahrenheit (that’s 7 degrees above the boiling point of water ) the sap turns to syrup. It will weigh 11 pounds per gallon at proper density. And It can take 40 to 50 gallons of raw sap to make 1 gallon of finished syrup

Boiling sap takes vigilance and time, so having friends and kids around to help maintain the fire for hours on end, makes the whole process easier, and frankly way more fun.

But let’s face it, the best part of this whole song and dance is the maple syrup!