Something Wild: The Beauty of Brush Piles 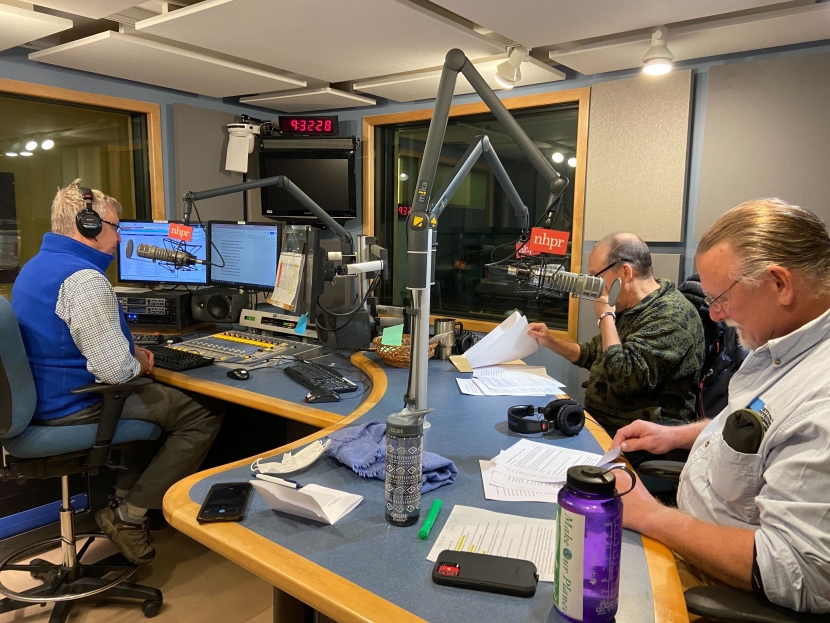 Hosts Dave Anderson and Chris Anderson in the studio.

Who hasn't felt the urge to clean-up or “improve” the woods near our homes, dragging branches and tree trunks into piles. We seem to have a hard-wired compulsion to tidy our gardens and lawns. 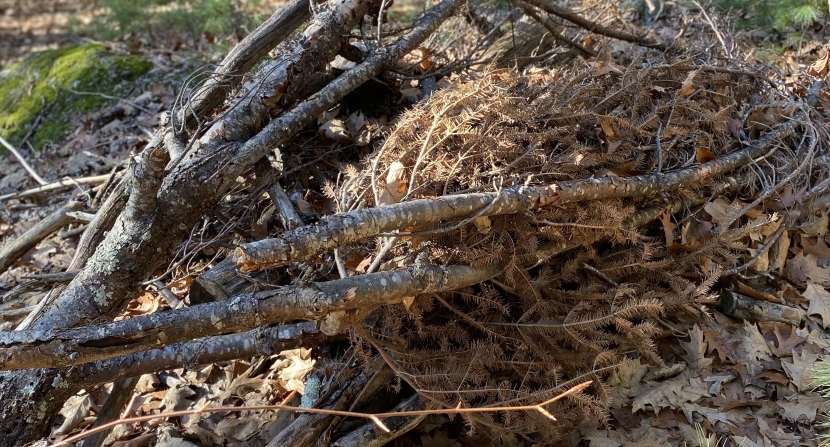 But any woods-wise naturalist will tell you that the random and chaotic nature of the ungroomed forest floor is nature’s way of expressing beauty.

“Order is the dream of man, chaos is the law of Nature,” according to Henry Adams, an American political commentator from the 1800s.

Dave Anderson says that while creating access and cutting trees for firewood on his woodlot, he's routinely piled up smaller sized hardwood limbs and conifer boughs. After a long summer of drying, they'd be used in a Winter Solstice bonfire when the snow returns in early winter.

"I discovered that if the pile makes good contact with the soil, the woody debris melts away in a few years anyway," says Dave. And that way, the pile releases valuable nutrients back to the soil. It also provides habitat for all sorts of animals, like insects, salamanders, and mice. Even the smallest creatures need food, cover, and space.

Brush piles also protect tender tree sprouts from what's known as herbivory. That means they keep deer from chomping on tasty sugar maple seedlings and on other hardwoods. It’s well known that when deer densities are very high, seedling regeneration is low.

You might notice mice tracks, and more rarely, red squirrel tracks, going in and out of brush piles. Tiny wind-blown birch, poplar and conifer seeds that skitter across the frozen snow surface often come to rest in these sheltered spots.

When they’re on the margins of fields or stonewalls and woods, along all sorts of “edges,” brush piles allow pathways into leaf litter tunnels and the soil beneath.

And that means visits from predators, from tiny short-tailed shrews up to both red and gray foxes, and even from bears looking for a place to hibernate.

Woodland raptors, like our winter resident hawks and owls, use hunting perches overlooking brush piles to watch for their favorite small mammal meals. 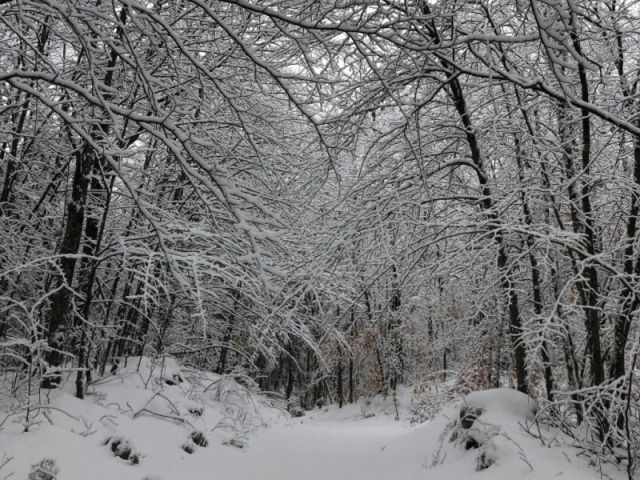 Ruffed grouse use them as shelter. And smaller birds need brush piles too! Brush piles, covered by a cap of snow, provide thermal cover at night for familiar feeder birds, like black-capped chickadees, tufted titmice, and dark-eyed juncos. On the coldest winter nights, these birds all roost together communally to escape wind and chill.

Dave Anderson says he's encountered birds flying into brush piles at dusk. "That’s when I first began to appreciate that these special roosts I unintentionally created were better left in place. "

Consider allowing piled-up branches and boughs that you might usually clean up for bonfires to slowly smolder, as Robert Frost wrote in his poem “The Wood-pile.”

Out walking in the frozen swamp one gray day,

I paused and said, 'I will turn back from here.

No, I will go on farther—and we shall see.'

The hard snow held me, save where now and then

One foot went through. The view was all in lines

Straight up and down of tall slim trees

Too much alike to mark or name a place by

So as to say for certain I was here

Or somewhere else: I was just far from home.

A small bird flew before me. He was careful

To put a tree between us when he lighted,

And say no word to tell me who he was

Who was so foolish as to think what he thought.

He thought that I was after him for a feather—

The white one in his tail; like one who takes

Everything said as personal to himself.

One flight out sideways would have undeceived him.

And then there was a pile of wood for which

I forgot him and let his little fear

Carry him off the way I might have gone,

Without so much as wishing him good-night.

He went behind it to make his last stand.

It was a cord of maple, cut and split

And piled—and measured, four by four by eight.

No runner tracks in this year's snow looped near it.

And it was older sure than this year's cutting,

Or even last year's or the year's before.

The wood was gray and the bark warping off it

And the pile somewhat sunken. Clematis

Had wound strings round and round it like a bundle.

What held it though on one side was a tree

Still growing, and on one a stake and prop,

These latter about to fall. I thought that only

Someone who lived in turning to fresh tasks

Could so forget his handiwork on which

He spent himself, the labor of his ax,

And leave it there far from a useful fireplace

To warm the frozen swamp as best it could

With the slow smokeless burning of decay. 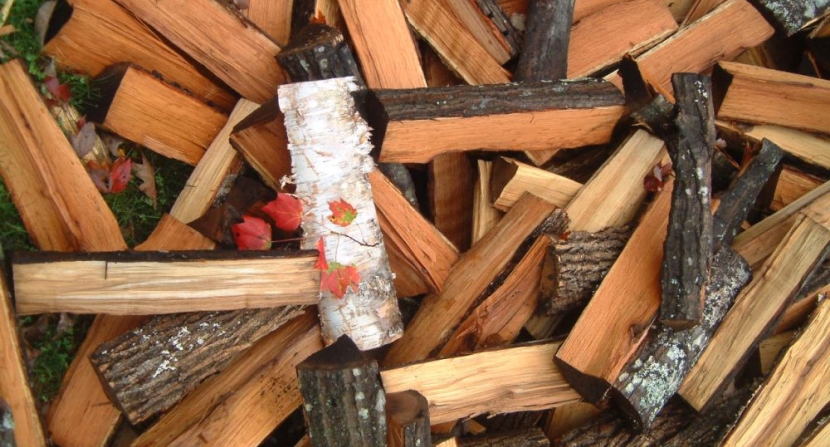