Something Wild: Are there more bobcats in N.H.? Or just more wildlife cameras? 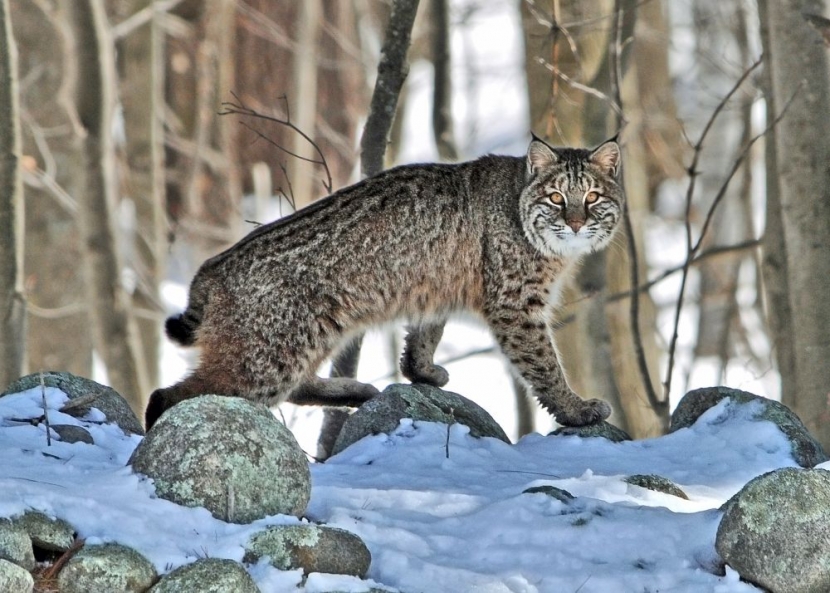 "Something Wild" is joint production of NH Audubon, The Society for the Protection of New Hampshire Forests & NHPR. We recommend listening to it in its original format via NHPR but a transcript of the show is also below. (Originally aired March 11, 2022)

We are able to see more bobcats in more places than ever before, thanks to wildlife cameras. 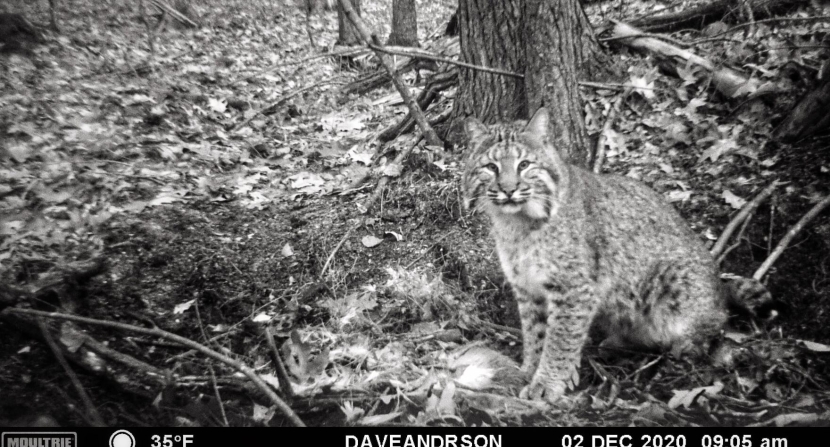 An image from Dave Anderson's wildlife camera. (Photo: Dave Anderson)
Dave Anderson is a part of the trend. “I found a fresh-killed deer carcass one winter, so I rigged up some wildlife cameras and got great photos of a bobcat uncovering it, feeding on it, recovering it and scent marking to protect the site,” he says. “It was fascinating to watch.”

“They are a beautiful species. They have their own charisma to them,” says Patrick Tate, furbearer wildlife biologist for N.H. Fish and Game Department. “You can watch a bobcat slowly move across the landscape. Sit for hours. And then it turns on a switch where you see it's almost superhero abilities to run across the yard, bounce off three different objects, and catch the squirrel in midair.”

So are there more bobcats in the state — or more wildlife cameras?

Tate says it’s both. We are getting to see more bobcats in more places than ever before thanks to modern technology. And Tate says there's a 10-12 percent increase per year in the bobcat population, based on bobcat mortality data. Nearby states with bobcat hunting and trapping seasons report similar increases. N.H. has not had a bobcat hunting and trapping season since 1989.

N.H. Fish and Game takes a DNA sample from each bobcat mortality, and that data shows that there is greater bobcat genetic diversity today than in the 1950s. That means a more adaptable and resilient population.

“We have bobcats from border to border in New Hampshire; from the Massachusetts border to the Canadian border,” says Tate. “And based on scientific literature, the White Mountain range is the approximate dividing line between the two different subspecies of bobcat we have. They are a generalist species, which means they can adapt to a number of climates, and that's why they're all over North America in the lower 48 — nearly every state has bobcats.”

Bobcats are also generalists in terms of their diet. They will eat anything, from as small as a field mouse to as big as a white-tailed deer, and even reptiles and birds. And don’t forget the one on the roof of the Burger King in Stratham a few years ago!

They stalk their prey, but they are also masterful at lying in wait and ambushing. “They're not a tree climber or a tree hunter, so they don't need the tail for balance,” says Tate. 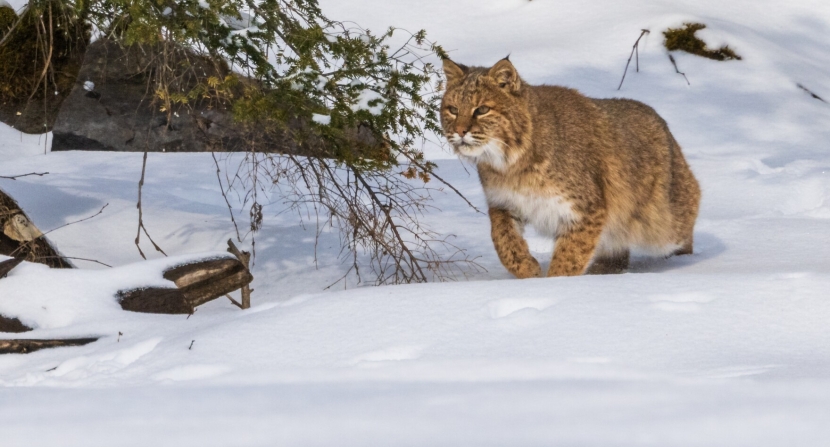 A bobcat in N.H. (not a wildlife cam photo!) (Photo: AG Evans Photography)
That explains the short, bobbed tail. They can still climb and leap, though, and sprint up to 30 miles per hour.

“What I consider a large male bobcat is over 30 pounds, though I have held a 45 pound bobcat that came out of the Tuftonboro area of New Hampshire,” says Tate.

Male and female bobcats do not stay pair-bonded. “They’ll mate, and then she'll leave and go off and do her own thing,” Tate says. “And if she's still in heat, [she may] mate with a completely different male. So the kittens can have different fathers than their siblings.”

With the bobcat population growing at 10-12 percent per year, and bobcats already existing everywhere in the state, how likely is it that we will eventually exceed the available territory for bobcats?

“It is inevitable because we have a limited amount of landscape,” says Tate. “Food limitation generally is what limits our wildlife in the state. That's what causes home ranges to increase and decrease in any given year. But given our robust deer population, our robust small mammal population on the landscape, it will be a number of years, in my opinion, before we would see any type of major issues from food.”

New technology like wildlife cameras give us an exciting opportunity to observe wildlife, especially the bobcat which lives silently right alongside us.

Special thanks to Patrick Tate of New Hampshire Fish & Game.

Something Wild is a joint production of NH Audubon, The Forest Society and NHPR.