The Sandhill Cranes Of New Hampshire 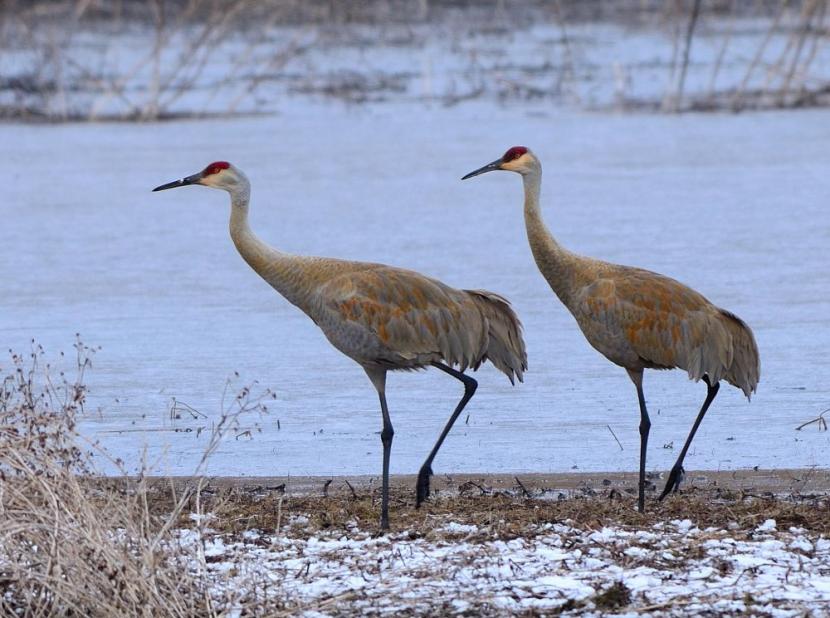 You know how New Hampshire likes to be first in the nation when it comes to politics? Well, it turns out we’re stragglers in another category: sandhill cranes. They’ve been nesting in our neighboring states of Maine, Vermont and Massachusetts, but they never went granite until this year. 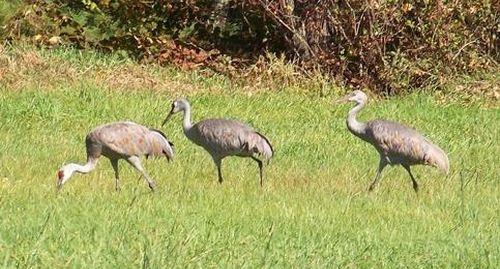 Sandhills are the cranes with the red caps on their heads, with a gray or sometimes rusty brown body. They’ve actually been in New Hampshire for a while, well, one to be precise. He was spotted in the Connecticut River Valley about 15 years ago by a bird watching enthusiast named Joyce Cate from Monroe, NH:

According to Joyce, Oscar was always alone. No one had ever seen two cranes in New Hampshire, and you kind of need two to make a nest. But last year a second crane arrived on the scene, a female, and they named her Olive.

Olive and Oscar really hit it off and now New Hampshire has a crane colt. They’re called colts because they can’t fly at first, they just walk around in the fields like a horse. Not only is this little sandhill family creating a new generation of amazing birds to watch, it’s actually a milestone in New Hampshire birding history. This could mark the beginning of a new bird population right here in the granite state.

Bird populations are really dynamic, at the edge of their ranges they are constantly shifting and the sandhills are a great example of that. The New Hampshire Audobon monitors the types of birds in the state and if you look at trends over 20, 40, 50 years, you’ll find that some birds are moving into the state, while others have flown the coop entirely. A few decades is just a blip on the screen for sandhills that have been around for millions of years. Naturalist Aldo Leopold wrote about them:

“A sense of time lies thick and heavy on such a place. Yearly since the ice age, it has awakened each spring to the clangor of cranes. The peat layers that comprise the bog are laid down in the basin of an ancient lake. The cranes stand, as it were, upon the sodden pages of their own history. These peats are the compressed remains of the mosses that clogged the pools, of the tamaracks that spread over the moss, of the cranes that bugled over the tamaracks since the retreat of the ice sheet. An endless caravan of generations has built of its own bones this bridge into the future, this habitat where the oncoming host again may live and breed and die.”  - Aldo Leopold, A Sand County Almanac

If we were in Nebraska, we could go to the Sand Hills, the area the cranes are named for. Each year thousands of cranes gather there for their spring breeding ritual. They dance and bugle and do all sorts of elaborate courtship displays. They’ve been traveling to the same breeding grounds for thousands of years.

Now that they’re in New Hampshire, we’re hoping they’ll stick around and invite some of their friends. In the meantime, we want to hear from you and your friends. If you see something in your yard you’ve never seen before, let us know. Send us an email: somethingwild@nhpr.org.