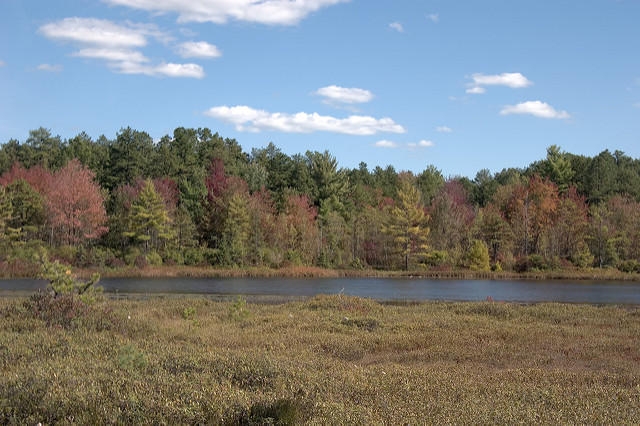 Here at Something Wild we love all things wild (even blackflies!) but sometimes it can be helpful to look beyond a single species and consider how many species interact within a given environment. In our periodic series, New Hampshire’s Wild Neighborhoods, we endeavor to do just that and this time we’re looking at peatlands.

Our Sherpa today is Ron Davis, a retired professor of ecology, limnology and wetland science from the University of Maine, Orono. Peatlands, as you might have guessed are classified by the mat of peat at its heart. Peat is formed from dead organic matter (leaves, branches, dead bugs, etc.), but that organic matter is only partly decomposed because there is no oxygen in the mat, or the water that you often find in such locations.

The two most prominent kinds of peatlands in New Hampshire are bogs and fens. Davis explains that, “bogs are rather infertile environments. The plants that grow in them barely hold on and eke out an existence and grow very, very slowly.” And that's because bog plants can’t harvest any mineral nutrients from the peat, because there aren’t any! The layer of peat is a barrier between the plant roots and the minerals nutrients deeper underground. This means these plants have to get all of their nutrients from rainwater.

Meanwhile fens, “usually have shallower peat and the water that comes to the surface and feeds the roots of the plants has been in contact with mineral soils.” So the water in fens has more nutritional value than it does in bogs and the plants grow better.

Because of the limited oxygen and nutrients to be found in peat, only certain plants can survive in these environments. And Davis explains they manage by utilizing one of two strategies. One is about location; “they have to anchor in hammocks [raised mounds within the peatland] which give them a little bit of oxygenated soil.” The other strategy involves specialized piping within the plant that allows the transport of oxygen down to their roots.

Vegetation usually sets the table for animals further up the food chain. But peatlands are not the exclusive home to any animal species. “Most of the bird life seems to be associated mainly with the structure of the ecosystem,” says Davis. “So open areas like fields and open peatlands will have the same species.” Lincoln sparrow and palm warbler are found in open peatlands but also in other open environments.

And as far as mammals go there aren’t any that would call peatlands home. They’re dangerous places for moose, because of their long legs and heavy bodies a moose could easily sink into the peat and drown in the water. Other browsing mammals, like deer, don't spend much time in peatlands, either, because there’s not much for them to eat. You will come across some smaller mammals, like snowshoe hare, but mostly as by-passers.

Insects face similar challenges to plant in peatlands. For many of the insects that pupate or winter underground, the lack of oxygen in the peat prevents them from visiting bogs and fens. So the prevailing strategy among insects in this neighborhood is to overwinter on the plants and form cocoons to get through the winter. 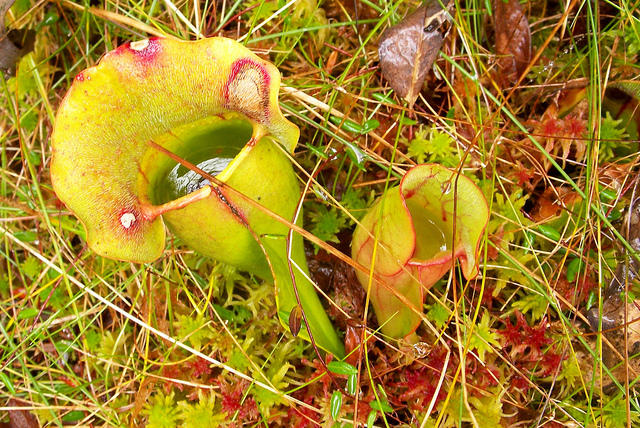 “Peatlands, bogs and fens, are probably the wildest places in New Hampshire, except for the tops of mountains.” Davis attributes their wild nature to two main reasons. One is “because it's very difficult to develop them. Even if you remove the peat, the water is there. And then of course in recent decades it's been illegal to develop wetlands.” Secondly, “they're not easily traversed so many people have never visited them because it's difficult to walk in them.”

So bogs and fens have thumbed their collective and metaphoric nose at the onwards advancement civilization and remained one of New Hampshire’s wildest neighborhoods.