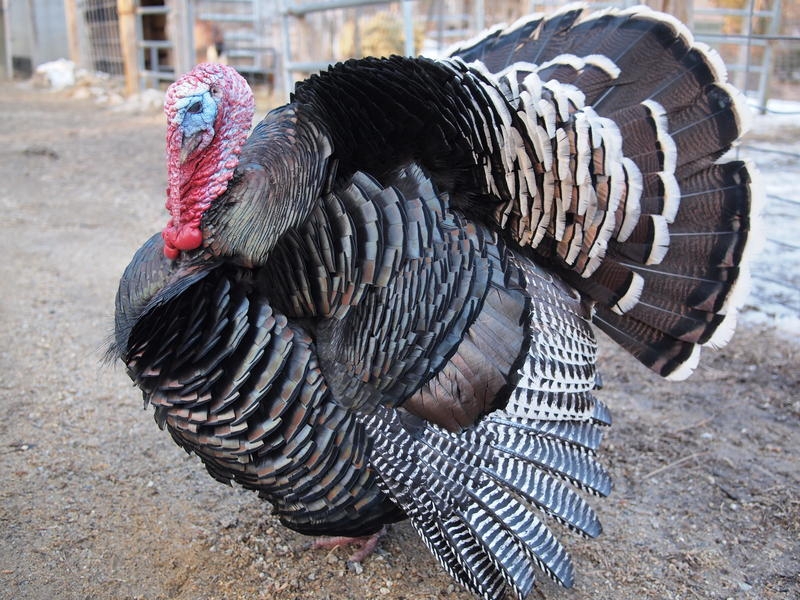 Wild turkeys were once extirpated in N.H. but were never extinct.

There is a common misconception that wild turkeys were once extinct in New Hampshire but have since returned.  Extinction is often confused with extirpation but they are actually two entirely different concepts.

Extinct refers to species no longer in existence, having no living representatives – gone everywhere.  Things like the brontosaurus, which no longer occurred as of 10's of millions years ago, the wooly mammoth 10-thousand years ago, or the passenger pigeon only 10 decades ago.

Extant describes species that DO exist.  Virtually every creature you hear about on Something Wild is extant.

Extinct and extant are opposites, leaving extirpation somewhere in the middle.  Biologists use extirpated to describe species that no longer exist in a specific region.  Wild turkeys didn’t disappear from the entire planet – they just stopped occurring in New Hampshire.

We can’t talk about extirpation without talking about the where and the when.  Animal ranges are constantly shifting, their margins moving back and forth in response to changes in climate, in their food supply, and also changes in populations of their competitors and predators.  That includes changes in response to human activities.  When an animal no longer occurs in a particular geographic area – a mountain range or a watershed, or more often some artificial boundary that only human recognize like a state line – they qualify as extirpated.

In the case of wild turkeys, they were extirpated from New Hampshire (that’s the where) in the late 1800’s (that’s the when) due to a combination of unregulated hunting and changes in habitat.  However, now we see them everywhere in the state.  N.H. Fish and Game biologists estimate there are 40,000 turkeys in the state.  Biologists reintroduced them in the 1970s.  They might have returned on their own, but translocation sped up the process.

These terms apply to plants just as well as animals.  Botanists have found both hemlock and beech trees migrated hundreds of miles across the eastern U.S. following the end of the last ice age.  Hemlock, once extirpated by ice, is now extant in New England once again – all part of a natural process.

Humans often play a significant role in the extirpation of species, which have led to extinctions.  We’ve been responsible for the elimination of some really common things.  Passenger pigeons, possibly the most abundant bird in North America 200 years ago, are now extinct worldwide due to over-hunting.  This raises the question of whether or not we should bring a species such as the passenger pigeon back from extinction.  The popularity of the Jurassic Park franchise keeps the concept fresh in our minds, and with advances in genetic research we are getting ever closer to having that option.  But should we?  We have to remember we are part of an almost incomprehensibly complex ecological web.  We aren’t completely objective on the topic – human values certainly cloud our ability to fully recognize ecological processes at work.  Really big changes can occur without any help from us.  Just ask the dinosaurs.