Of Death, Beauty and Vultures 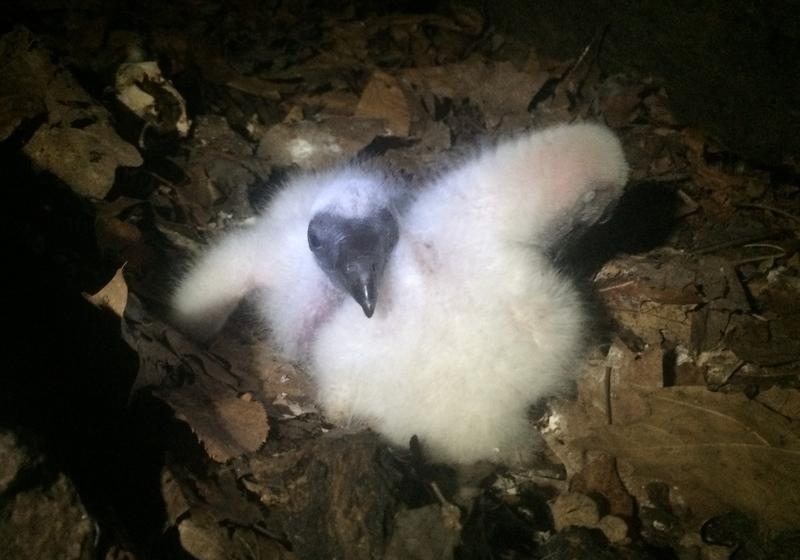 NHPR's "Outside/In" host, Sam Evans-Brown, joined Chris Martin and Dave Anderson in the field this week for Something Wild in the field segment. We ventured up I-89 to South Sutton, NH to track down a turkey vulture chick where Dave discovered vultures nesting among the boulders at the base of a nearby cliff-face. 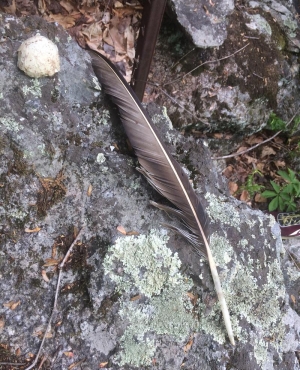 Turkey Vultures (one of three vulture species living in North America) are obligate to this kind of structure: cavities in a boulder field, caves in a cliff, even big hollow logs. TVs don’t build their own nests, they just create a depression in an existing structure, but their primary criteria is shelter from the weather. While these nests usually do protect their occupants from the weather, there are other dangers. Since many nests are on the ground they are susceptible to predation from foxes and fishers. 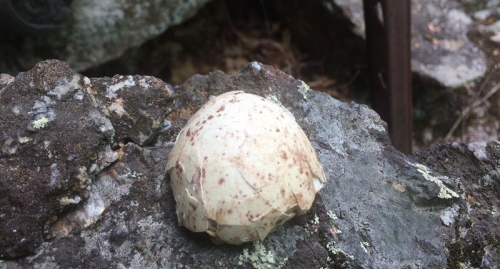 But the TVs have other defences. If a vulture feels trapped, it will offer a warning hiss before vomiting on a threat. Consider being covered in partially digested, putrid carrion; it’s easy to imagine any threat beating a hasty retreat.

But that is the same method they use to feed their chicks. TVs aren’t raptors, they don’t have powerful talons to grip or tear. Their feet cannot carry large amounts of food as they return to the nest. Instead, they bring food back for their chicks, by carrying it in their crop, basically a little pouch in their throat, from when they regurgitate to feed their chicks.

This isn’t likely to make you feel less little squirmy around TVs, and many people do. And another reason is because of their association with death. They spend a lot of time around dead things and that makes people nervous. But it’s worth bearing in mind that correlation does not mean causation. Vultures usually don’t turn up until after the death has occurred, and as such they play a really important ecological role. In breaking down the animal protein they aid the decomposition process, arguably preventing the diseases that might arise from a landscape littered with rotting meat. They’re sort of the morticians of the forest. 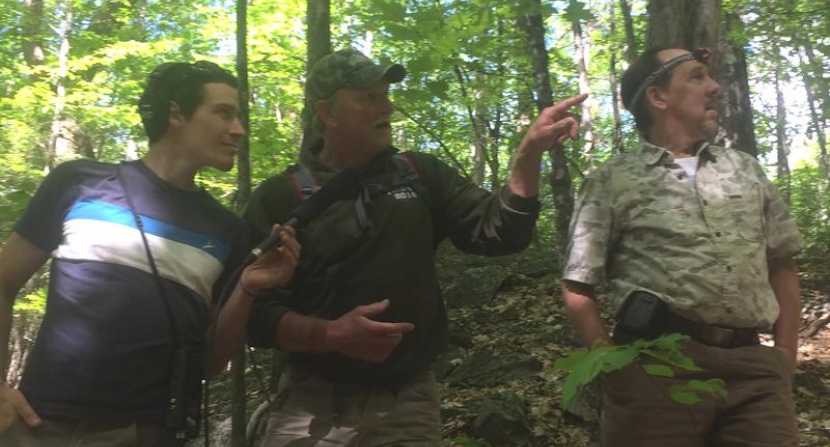 And there are so many things to admire about TVs. Consider their flying prowess; they spend hours gliding for miles, flapping their wings minimally. They rely on thermal updrafts to gain altitudes and glide down to the next one. Because of this reliance, they’re not exactly early birds. They need to wait until those thermals develop each day before they can start looking for today’s meal; and at 7 in the morning when the morning mist is sitting heavily, those updrafts aren’t happening.

And let’s not forget that bald head of theirs. While giving them a face only a mother could love, the dearth of feathers is an important adaptation. TVs feed by diving head first into the cavities of the dead items to access the high-in-protein internal organs. At best Feathers would get in the way, at worst they offer a place for rotting meat and associated bacteria to cling. And since birds preen using their beak, head feathers are a liability for our vultures.

It’s taken adaptation over thousands of generations for these birds to adapt so well to the consumption of carrion. And the advent of the automobile and the highway system developed to support cars has been the catalyst for expansion of North American turkey vulture populations.  Highways provide a corridor for vultures soaring on rising thermal air currents and also provide a steady diet of roadkill carrion.

Listen to this feature here on NHPR