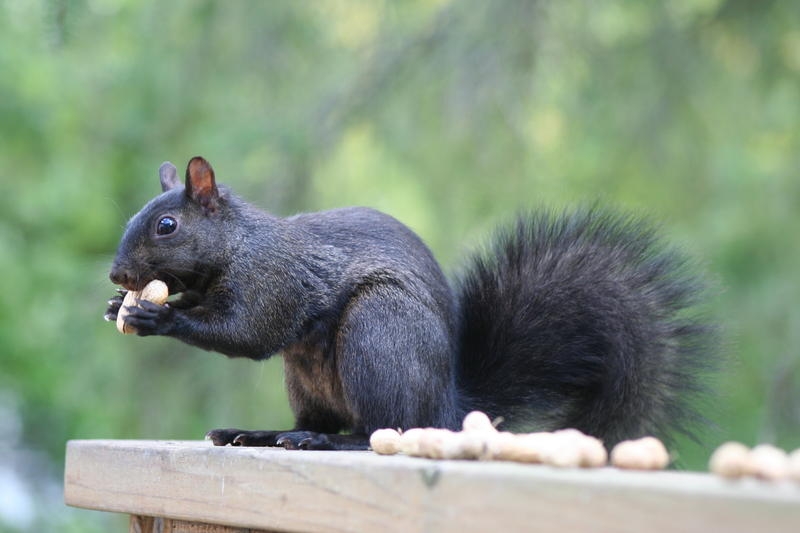 It all started with a black squirrel.  These rare creatures aren't a separate species - they're your garden variety gray squirrel, but a genetic mutation has given them a black fur coat.  That got Dave wondering if a black squirrel has any advantages its fairer forebears don't (other than being incredibly popular among nature photographers).  Wondering turned to arguing.

Chris was concerned too many comparisons were being drawn between genetic anomalies and evolutionary adaptation.  And the Something Wild producers couldn't believe neither of their hosts had seen "The Princess Bride".  After a few deep breaths, we decided to look at each of these concepts separately... starting with the black squirrel... 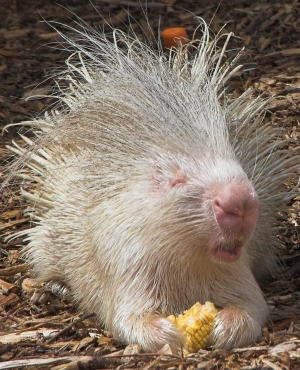 You may be familiar with albinism; it refers to a group of rare inherited disorders affecting the amount of pigment found in an animal's skin, hair and eyes.  It has been seen in many creatures like white elephants, albino porcupines and domestic rabbits.  Melanism is kind of the opposite. It's an excess of pigment present in an organism.  This elevated pigmentation results in dark skin, feathers, scales, or the fur.  Melanism has been observed in a variety of animals.  Both melanism and albinism are genetic mutations - random tweaks in the genetic code found in animals from jaguars to lobsters to peppered moths.  And of course our black gray squirrel. 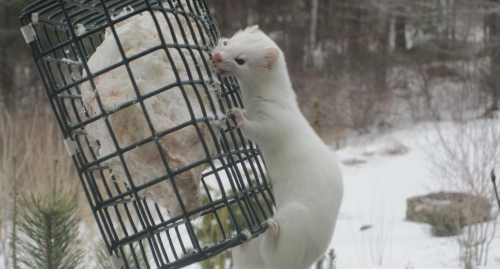 Then we have animals whose fur changes color annually- survival adaptations that species have developed over time for particular reasons.  Here in New Hampshire you may have encountered a short-tailed weasel.  In the summer, they bear a reddish brown coat.  Come winter, the weasel molts to an all-white coat except for its black tail-tip. (During this color phase, the weasel is referred to as an "ermine").  Another NH native is the snowshoe hare, well known for changing coats seasonally.

How are these ideas connected?  Chris wasn't convinced there is a connection between adaptations and albinism or melanism "which are basically accidents".  He argued that albinism doesn't appear to offer any specific advantages.  Dave agreed that there are no apparent advantages but traits could become advantageous at some time in the future.  Chris didn't buy it.

Natural selection operates over many generations.  Evolution of entirely new species takes eons... and Chris and Dave will still be arguing about it then.