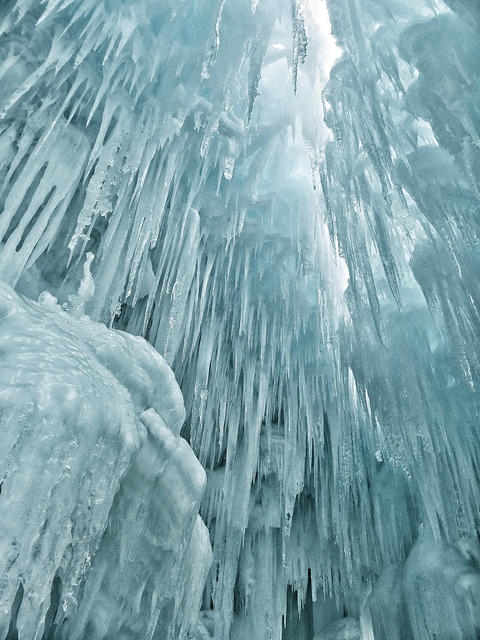 Water is what has allowed life to generate and regenerate on this tiny blue marble of ours. Most of us would shrivel up and blow away without a water supply. And yet every year at this time water becomes scarce, surface water anyway. So our question is - What happens when that water freezes?

Consider for a moment how profound it is when you wake up that morning in December and the temperature is below freezing. It’s a bit of a touchstone, because, barring a a thaw, you know the temperature’s not likely to be above freezing for a good long while. Here in New Hampshire, that could be two to three months. You and I can throw another log in the wood stove, or nimbly adjust the thermostat. But what about our wild friends? What do they do when the temperatures dip?

A lot of them aren’t around at this point anymore. Some have fled, some have died and some have gone to sleep. But there are still quite a few critters who stick around, and stay awake.  To clarify, the water hasn’t disappeared its just in a different state – it has transformed from liquid to solid. And a very important feature about water is that when it is solid, it is buoyant. That leaves a pocket of liquid water below the ice where fish can just hang out for the winter. If the pond freezes all the way down to the bed, there’s no place for the fish to go and they would die. But as long as that pocket of water exists, the ice above actually protects them from some predators. So a species like the osprey, which feeds exclusively on fish, cannot get at its food so it leaves town. 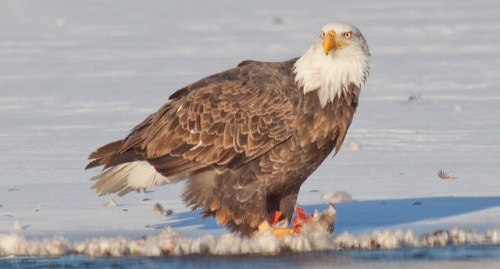 Bald eagles on the other hand are generalists, as happy to feed on small mammals or even carrion as fish, so there’s plenty of food above the ice for them to survive these New England winters. And they don’t seem to mind the cold; conditions that drive you and me inside and to don another ten layers, do not faze the balds.

That balds stick around, suggest there are enough prey species still active this time of year. There’s a lot of activity around those frozen lakes and ponds. The ice is thinnest at the edges, closest to land, so that ice is easily broken to access the water beneath. You’ll find a lot of white-footed mice living in rocks at the edge of those ponds. And since there is a lot of activity among prey species at the water’s edge, you’re bound to find other predators there, too.

All that frozen water has a huge effect on the landscape, allowing animals active in the winter to expand their range because they don’t need to swim. Suddenly they can walk across ponds, lakes, even rivers. But it’s a double-edged sword. it’s a boon for predators like foxes and coyotes. For one thing it means they can cut across these features instead of going miles out of their way around them. Conversely moose often swim out to islands to escape a predator, so ice is a liability for them. If they get chased out onto open ice, their hoofs cannot navigate the slippery terrain, and they are easy pickings for coyotes.

So species manage to survive above the ice as well as below it. But there are some species that straddle both worlds. Otters and mink are hunting like mad on and below the ice. And beavers build their dens on the water, with the main entrance below the water surface. So when the water freezes it’s that much harder for predators to get at them. Additionally, they have an ice and snow covering over their den, like icing on a cake. That icing can become as hard as cement making their dens practically impregnable as they hole up for the winter; eating, and building up fat reserves, which they store in their tails...

... which may be how some of us also get through the winter! 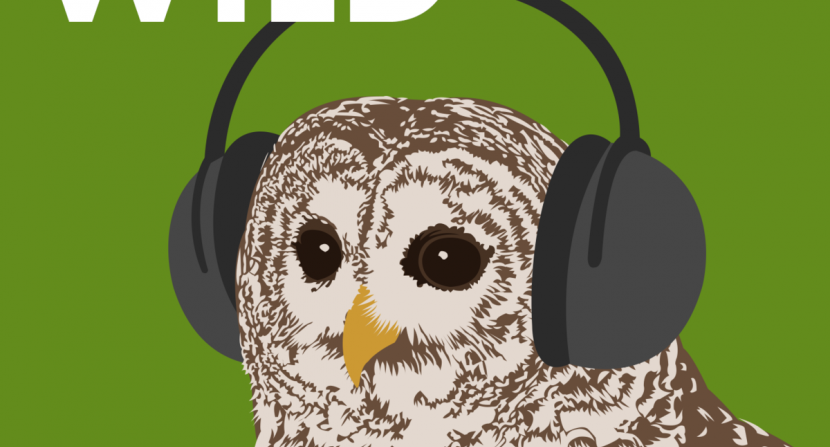