Wisdom of the Forest - What we can learn from trees 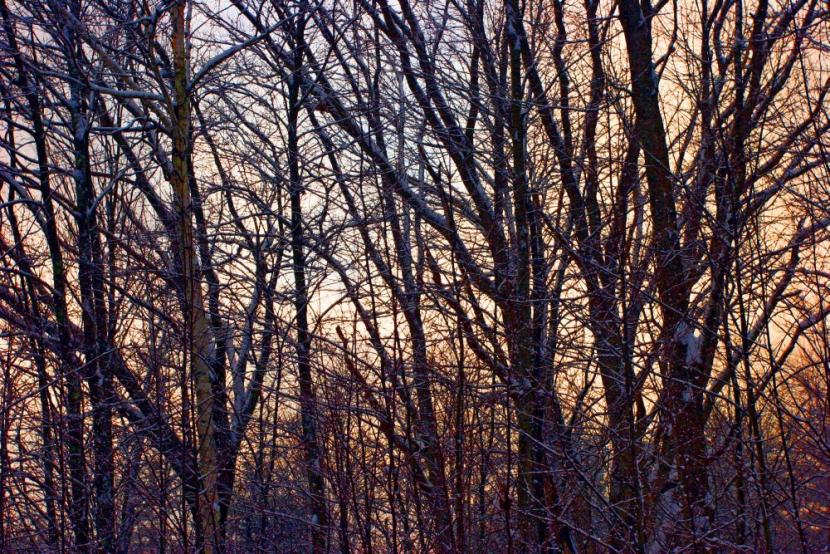 In our forests, the mature seed trees may control populations of all of the other creatures sharing the forest. Photo Mulligan Forest, Nottingham by Geoff Sluder

By mid-summer, I noticed a faint yellow tinge to the foliage of aged local sugar maples lining our dirt road. I despaired at the possibility of some decline in their health. With more than ample rainfall, how could the maple foliage not be lush, deep green?

Closer inspection revealed golden clusters of double winged samaras, seed-leaden maple fruits ripening in the sun! Those winged seed pods spin like tiny helicopters dispersing seeds which germinate during the following spring. As children, we shelled maple seeds on the way to school to stick the seed wings together to grow our noses like Pinocchio. 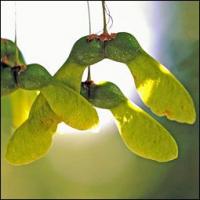 Sugar maple seed crops do not occur every year

It's been almost a decade since I remember such a bountiful sugar maple seed crop year in New Hampshire. Trees of a given species tend to put out a heavy volume of seed all at once. From variable acorns and beechnut crops to maple, birch and ash seeds and cone crops of pine, spruce, fir and hemlock – all tend to follow a bumper crop or bust strategy.

The forest of New Hampshire is a transition zone from the temperate hardwood forest including the oak-hickory forest of the mid-Atlantic states to a true northern hardwood forest of beech, birch and maple. Hardwood flowers and softwood cones yield seed crops inside fruits and nuts – called "mast" by wildlife biologists – that yield widely varying volumes of seeds each year. This ingenious evolutionary strategy of variable seed production, or "masting," insures some seeds will survive to germinate and grow to maturity.

By restricting seed production for several years in a row, trees effectively decrease the birth rate and survival rate of the primary seed predators: white-footed mice, woodland jumping mice, red-backed voles, chipmunks and three species of larger squirrels. Coupled with winter weather severity, snowfall and hunting pressures, the variability of the annual tree seed crops strongly influence the abundance of prey species and the populations of game species such as turkey, deer and black bears. In turn, a reduction in the region-wide population of the small mammal prey base of the forest ecosystem can affect populations of predators such as hawks, owls, fisher, weasels, fox and coyotes.

After a few successive years of poor seed crops, a good seed year will "flood the market" with seeds, overwhelming the ability of now-lower regional populations of seed predators to significantly reduce the volume of mast. The subsequent germination of seeds is ample to perpetuate a forest where species-specific conditions exist for seed regeneration.

Trees manage local populations of their primary seed predators, and in so doing, they preordain not only the future abundance of mice, squirrels, turkeys and deer but also parasites such as ticks and mange mites. Biologists have found good correlations between acorn crop years and subsequent rates of Lyme Disease from ticks carried by increased regional populations of mice and deer in eastern oak forests.

But trees can only do their job if given the chance to do so. For our own species, that same sustainable approach would appear to be a behavior still to be learned by many – a lesson the Forest Society preaches every day.

Contrary to popular wisdom that says "it's the little things that rule the Earth," in our forests, the very largest things – mature seed trees – may control populations of all of the other creatures sharing the forest!