Lost River: A Gift of the Glaciers 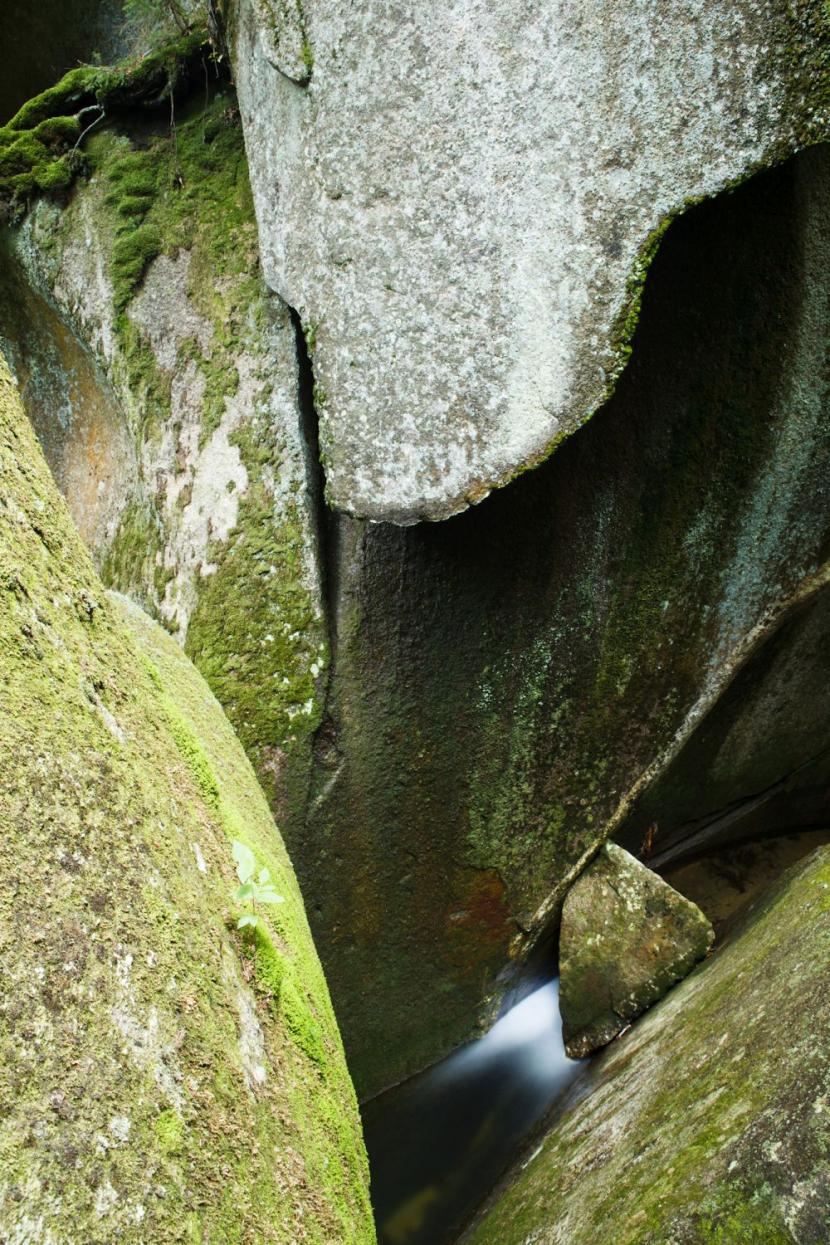 Legend has it that Lyman Jackman accidentally discovered the Shadow Cave after slipping through a moss-covered hole to fall 15 feet into a waist-deep pool. Photo by Jerry and Marcy Monkman, EcoPhotography.

The gift of the glacier was a rugged bequest: A landscape too wild, rocky, broken, and steep for even the craftiest of loggers.

Legend has it that Lyman and Royal Jackman accidentally discovered the “Shadow Cave” in what is now the Forest Society’s oldest Forest Reservation, Lost River. The two young men had been fishing their way up toward remote beaver ponds in Kinsman Notch in 1852 when Lyman suddenly disappeared. He had slipped through a moss-covered hole and fallen 15 feet into a waist-deep pool. Royal Jackman eventually blazed a four-mile trail to guide intrepid tourists back to the cave, where he explained, “This is where my brother found the lost river.” The name stuck.

A jumble of boulders alternately cradles and conceals Lost River at the foot of a talus slope beneath the Dilly Cliffs. Twelve thousand years before the Jackman brothers, the mile-thick sheet of ice covering the White Mountains began to recede. Roaring torrents of glacial melt-water plunged down the sheer faces of ice cliffs twice the height of contemporary Cannon Cliff, the western wall of Franconia Notch. Boulder caves at Lost River were shaped and scoured by the raging waters, which exposed a resistant pegmatite dike. Melt-water carved immense arching potholes into the granite bedrock. By the 1870s, intrepid tourists marveled in “dusky chambers” at the “grandeur, desolation and wild loveliness” of Lost River’s wild mountain scenery. 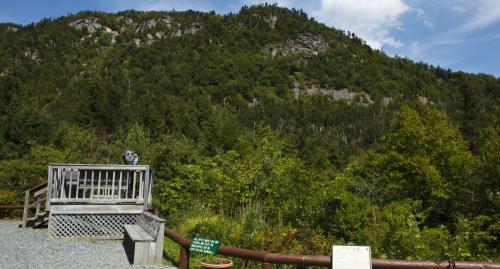 Forests eventually colonized the jumble of boulders. It isn’t easy growing in harsh, subalpine conditions where winds routinely accelerate through the narrow cleft of Kinsman Notch to create the legendary roar known as the “Bunga Jar” named for its local place of origin near Bungy. Soil is thin to non-existent. The boreal trees best adapted to this micro-climate are red spruce, balsam fir, white birch, and yellow birch. Where soil is deeper and disturbance less frequent, beech and sugar maple – classic transitional northern hardwood forest – can be found. The oldest trees still standing today are spruce and yellow birch. White birch pioneers, a legacy of the lumbering activity and fires that took place at the turn of the century throughout the White Mountains, are now dying of old age as they approach the century mark.

Before the close of the 19th century, logging interests advanced high into remote, rugged terrain of Kinsman Notch to access virgin spruce timber. Logging on Mount Moosilaukee along the upper Wild Ammonoosuc River at Witcherville and Bungy featured a series of small impoundments called “squirt dams” to build a sufficient head of water to flush logs west downstream toward mills at Woodsville and points further south on the Connecticut River.

East of Lost River, the now-forgotten Gordon Pond logging railroad served a large sawmill operated from 1904 to 1916 by the G.L. Johnson Lumber Company in Woodstock. The underlying land itself was owned by the Publisher’s Paper Company, which had conveyed the timber rights to the infamous logger G. L. Johnson. In turn, Johnson drove a shrewd bargain with the Matson Manufacturing Company of Pennsylvania, selling them the rights to the relatively worthless yellow birch in Kinsman Notch while retaining the rights to more valuable red spruce timber. In that era, hardwood timber – used for making specialty products, furniture, and bobbins and spools for the textile industry – was considered much less valuable than the high-volume softwood timber used for lumber.

Johnson has been described as “a shrewd old cuss… so crooked he could hide behind a cork screw.” Johnson’s woods crew walking boss, Jake McGraw, was charged with figuring out how to extract the virgin spruce timber off the steep walls of Kinsman Notch. Jakey McGraw’s operation utilized a “Steam Donkey” engine rigged to a logging cable to help lower logs and even horse teams to the floor of Kinsman Notch. Today, rusting remains of a 100-year old steam engine remain hidden on a spruce-clad knoll along Upper Stark Falls Brook south of the Lost River Reservation. 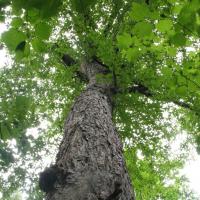 The Forest Society finally succeeded in protecting the 152-acres that make up Lost River in March of 1912. The land itself was donated by Publisher’s Paper Company, and Mattson Manufacturing donated the hardwood timber rights. However, the Forest Society still needed to purchase the softwood timber rights owned by G.L. Johnson. Living up to his reputation, Johnson drove another hard bargain, negotiating the sale of the softwood timber rights to the Forest Society for $7,000. Today the tract harbors still small fragments of old yellow birch and red spruce – trees that G.L. Johnson and Jake McGraw calculated could not be extracted from the rugged and inoperable Lost River landscape.

Years later, Forest Society Assistant Forester J. Wilcox Brown wrote The Forest History of Mount Moosilaukee. Brown includes an anecdote from 1916 when Johnson returned to Lost River at the height of the summer season to witness tourists paying 25 cents each to tour the Lost River Gorge. Johnson is alleged to have said to the Forest Society's manager: “Dammit, Mike, I never should have sold this place, and I couldn’t see it.” Brown chuckled when telling the tale of a shrewd logger, adding that “Johnson lived to regret but one business mistake” when he drove such a hard bargain with the Forest Society for its acquisition of Lost River.

The glacier’s rugged bequest to all of us is this incredibly rugged and beautiful landscape – too rocky, wild, and steep for even the craftiest of White Mountain loggers.