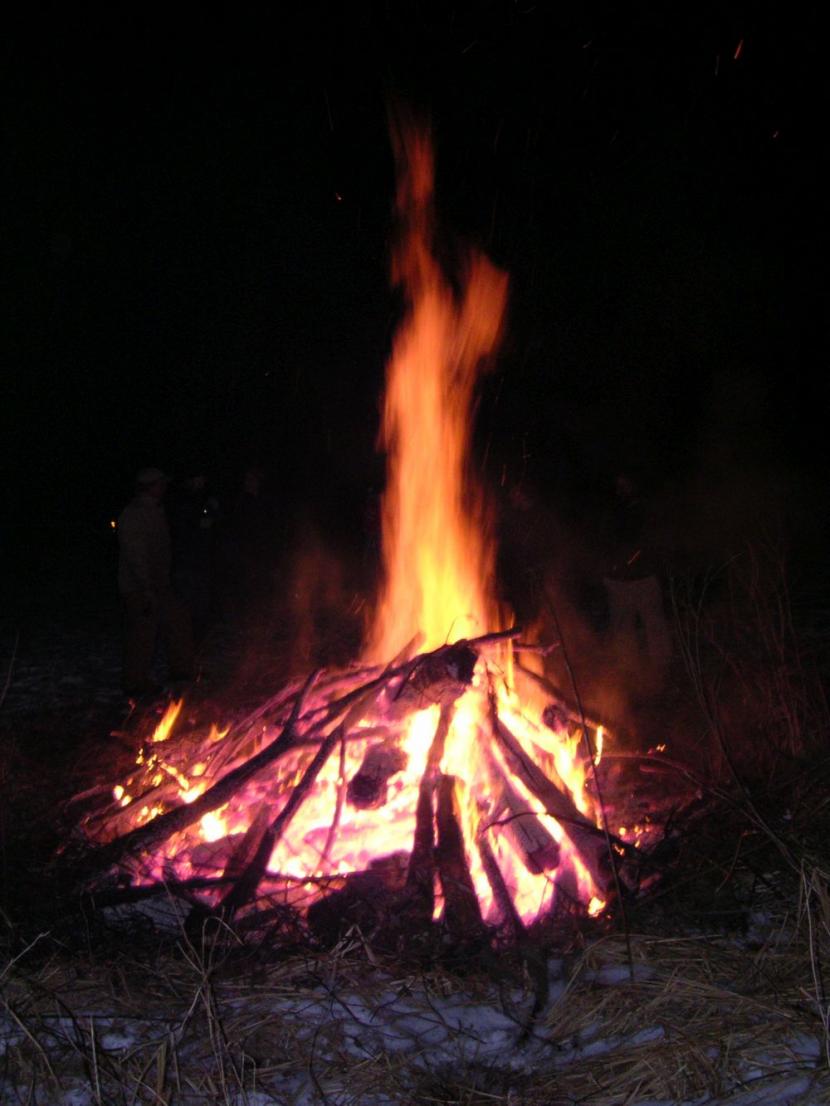 The afternoon sunset glows pink, reflecting off my windowpanes at 3:45. Against the lethargy of the approaching winter night, I trudge uphill into the gathering gloom, carrying a sack of wood shavings, a folding chair, a steel can of diesel fuel, and a box of wooden safety matches in my pocket. I'm heading to the woodlot to kindle a bonfire. 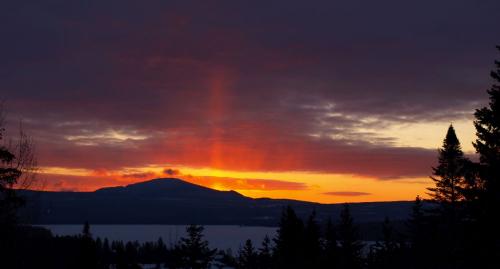 The flickering flames spread slowly at first, then race through dry shavings and pine twigs. In two minutes, a crackling blaze illuminates the silhouettes of hemlocks and oaks in the damp woods. I back away from the sudden searing heat. The bright yellow flames dance higher, launching millions of glowing sawdust sparks into the night sky to mix with the rising stars of early winter constellations.

The bonfire will take hours to burn down. While it does, I sit transfixed, staring silently into the flames. All is calm, all is bright.

The silence comes easily. Like trees, people also need a contemplative period of dark, winter dormancy to rest and appreciate the heat, light, and frenzy of long summer days. An innate human response to short days and long winter nights includes year-in-review nostalgia – reflection and sadness tinged with expectancy – and dreams for the new year that lies ahead.

As my bonfire crackles, a simmering stew of childhood Christmas memories replays in my mind including, for some odd reason, specific details of my grandmother's house. I watch the tiny geysers of steam spewing from boiling sap at the cut tips of branches burning the fire. A bitter, astringent scent like hospital antiseptic is in the air. What is that smell?

It's the witch hazel!

I remember that grandma kept "Dickenson's Witch Hazel" in the kitchen "Frigidaire," with its old-fashioned built-in ice box. Witch hazel reduces itching of mosquito bites, poison ivy, heat rash, and sunburn. The sap boiling from cut witch hazel stems in the bonfire unlock a treasury of memories of my paternal grandparents' house: onions in the pantry, coffee perking in the kitchen, wool coats and mothballs in the hall closet, wood varnish in the basement, the dust smell of a faded American flag hanging in the attic – each smell preserved for decades in a rarely-visited wing of my own museum of memory.

The power of scent to unlock long-forgotten remembrances comes from the proximity of the sites in the human brain where memories are stored and olfactory information is processed. A single molecule of a particular scent like pipe tobacco can rekindle a suite of vivid recollections of long-dead relatives and nearly forgotten places or events.

We create our own mythology.

One year while decorating our Christmas tree, my brother Erik found an empty cookie tin decorated with a Poinsettia motif in the box of old ornaments brought down from our attic. I teased him, saying it contained an element both precious and important: "Christmas air." I released the magical air in our living room with a flourish, and later, while re-packing ornaments after the holidays, I recaptured it in the empty tin. Christmas air became a shared myth. 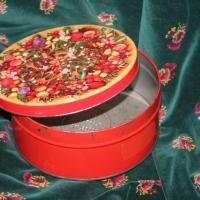 We create our own mythology: the "Christmas Air"

Long after my gullible kid brother matured beyond believing the lies I concocted, I secretly opened that empty cookie tin while decorating our tree, and again while packing the ornaments. I suspect he continued to do the same after I went away to college. Christmas air became a self-fulfilling prophecy.

Now is the time for making those memories. Holidays are rich in traditions, a time for reflection and remembrance of childhood and lost loved ones. Perhaps the season for spending time with friends and relatives isn't so much a luxury than an innate instinct for ceremony and story-telling born of firelight and candles on long December nights.