Sowing the seeds for future forests 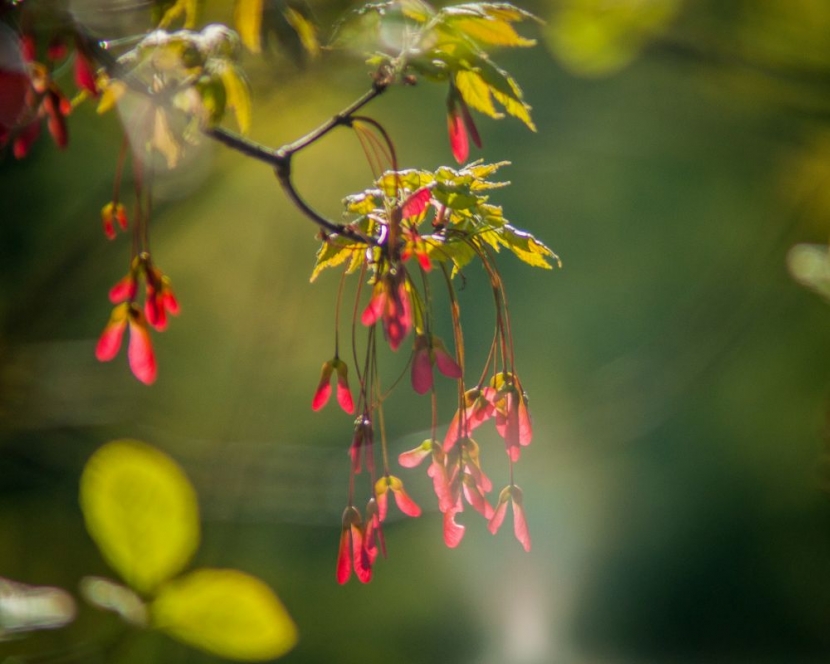 “Though I do not believe that a plant will spring up where no seed has been, I have great faith in a seed. Convince me that you have a seed there, and I am prepared to expect wonders.” - Henry D. Thoreau from earlier work published in 1993 as Faith in a Seed

Ample snow and the rainy spring have yielded a bumper crop of tree seeds. Millions of seeds are conspicuous on leafy limbs.

And this year’s winners are… the maples!

Summer reveals a heavy crop of winged maple seeds called “samaras.” As kids, we’d peel back the sticky seed sheath to stick them on our noses as “Pinocchio noses.” That's no lie.

Red maples are also called “swamp maples” or “soft maples” by folks familiar with cordwood.  Heavy red maple seed crops are normal. Red maple seeds ripen and fall early in summer and can begin to germinate immediately. Red maples are prolific and produce a heavy seed crop nearly every other year. According to the Silvics of North America “one 12” diameter red maple produces nearly one million seeds.” Check your veggie garden for proof. 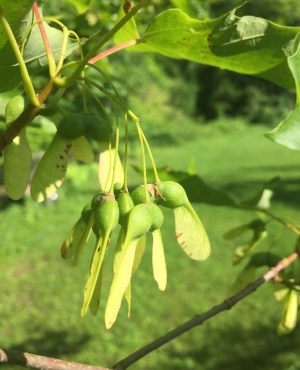 In NH cities and suburbs, Norway maples are relative newcomers. These non-natives were originally planted as hardy, ornamental shade trees. Norway maples are now more common in Seacoast communities than NH natives. Both Norway and red maples tend to produce heavy seed crops. Sugar maples? Not so much. This year is the best sugar maple seed crop in a decade.

Have you ever watched sun-ripened maple seeds whirl to the ground like miniature helicopter rotors? One manufacturer of unique one-blade ceiling fans adapted that natural architecture to produce a line of quieter and more energy efficient fans. Again, no lie. 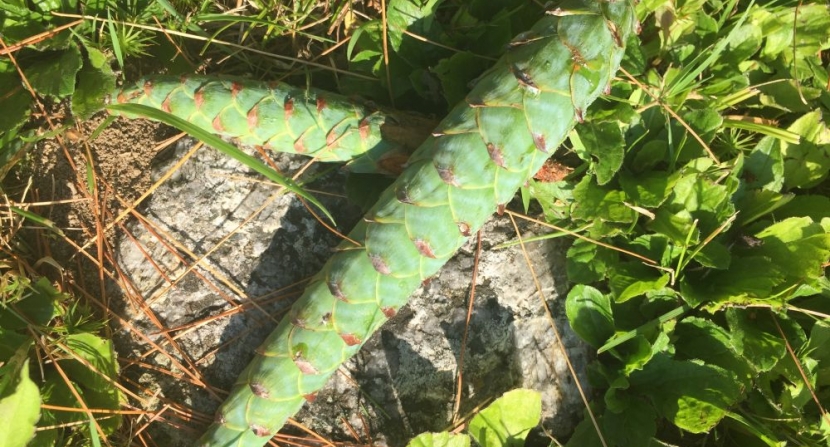 This July, another bumper seed crop appeared. Slim, green second-year pine cones are clustered amid needles at the tips of white pine boughs. White pinecones require two years to fully mature. First year cones are very hard to see from the ground without binoculars. Seeds are developing inside this summer’s larger green cones. The cones will open to release tiny winged pine seeds this autumn. Next winter, the ripened cones will fall and blow across the crusty snowpack leaving odd tire-like tracks.

Cone seeds not pillaged by cone beetles will yield millions of tiny pine seedlings germinating in the summer of 2018 if they land on bare mineral soil in full sun favored by white pines.

Many trees follow an intentional "boom or bust" strategy of “masting” which insures at least some portion of the annual tree seed crop will survive to germinate and grow to maturity. By varying annual seed production, trees effectively control birth rates, adult survival and migration of seed consumers from small mice and voles to larger deer and black bears. After several successive lean years, a sudden bumper crop effectively "floods the market" overwhelming the ability of remaining seed-eaters to consume all that mast.

Annual variations in seed crops are as significant in determining the regional abundance of wildlife as winter severity, hunting pressure and rates of roadkill and diseases. Trees have evolved to successfully manage entire populations of seed predators. In so doing, trees also eventually influence the relative abundance of large predators and tiny parasites including ticks and mange mites.

After two successive heavy autumn acorn crops, it is unlikely that oak acorns will be very numerous for the next few years. Those which fell last autumn have begun to germinate into a carpet of oak seedlings cast across the forest floor. There are reports of good crops of ripening beechnuts and beaked hazelnuts in parts of southern NH.

Consider how the investment per seed varies by tree species. The most prolific annual seed producers are the sun-loving "pioneer" tree species: gray birch, white birch and poplar. Fast-growing and relatively short-lived trees produce between one million and four million tiny, wind-borne seeds in every pound! By comparison, white pines produce 25,000 seeds per pound and sugar maple produce only 7,000 larger winged seeds per pound. 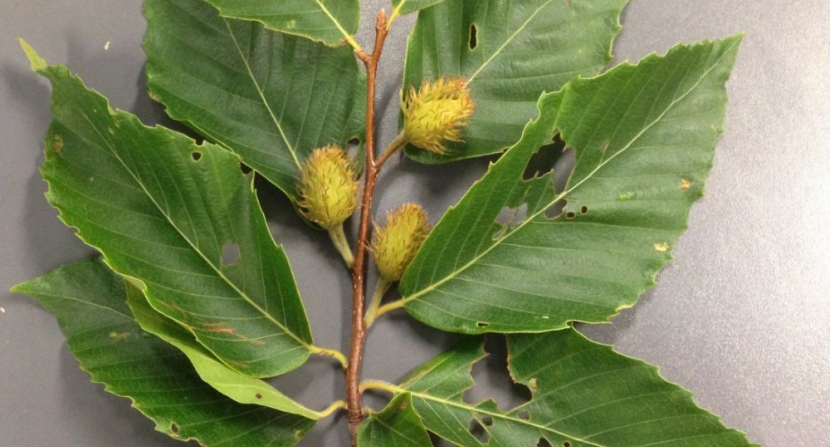 A greater investment per seed is made by trees which produce nuts attractive to wildlife: beech, hickories, hazelnuts and oaks. Beech trees pack an average of 1,600 beechnuts per pound. Red oaks typically pack 125 relatively large acorns per pound. Contrast the high-investment-in-every-nut strategy to millions of tiny wind-borne seeds drifting from the ripened flowers of aspens and birches each year.

Seeds are the genetic vault of tree traits for an as-yet unborn forest! Seeds of sun-loving pin cherry and black raspberry remain viable in the soil for a century… Or sometimes they merely feed hungry birds and squirrels.

A frequent misunderstanding of timber harvesting has to do with the misconception that people must plant tree seedlings following cutting of mature trees. Natural regeneration of forests from tree seeds from adjacent forests - transported by birds or squirrels or simply blown-in on the wind – is more than sufficient to completely restock open ground in a matter of a year or two… if the land remains unpaved.

With that “faith in a seed” expressed by Thoreau, it’s a comfort to understand our forests can completely regenerate from gazillions of tree seeds produced annually in variable amounts. If you want to see the future forest, look at this summer’s ripening seed crops!