The Rise and Fall of Souffle the Mouse 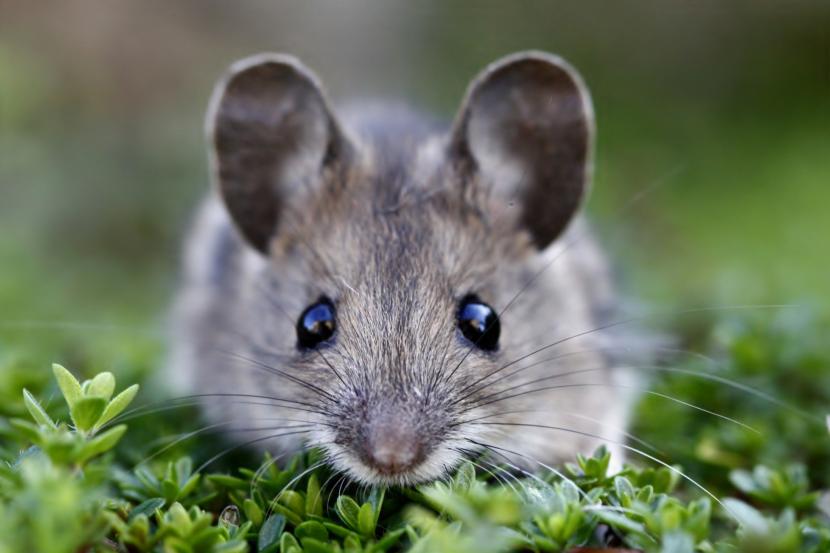 Early one morning last week, I finally caught the mouse.

As I stumbled still half asleep into the kitchen in search of a cup of coffee, I saw that a cereal box, presumably empty, was rocking back and forth on the kitchen counter on its own. Not sensing an earthquake, knowing that Toasted Oatios could not spontaneously come to life, I deduced that somebody was inside the box - and that somebody was likely a white-footed mouse who has been living rent-free in our kitchen long enough to have garnered a name, "Souffle."

As multiple sources point out, field mice not only are common in fields but also can be found in forests and in old, rural homes. Given that ours is a circa-1820 farmhouse on a 90-acre tree farm, it's no surprise that we are prime real estate among the mouse world. Highly desirable neighborhood with many nooks and crannies. Messy local eaters a plus!The field mouse is also known to be particularly intelligent, has a better sense of smell than a human, and is fast for its size. Baby field mice are born deaf, bald and blind, which means that they and I have increasingly much in common. Field mice can assess risk, apparently, and if they judge an action to be too risky, or impossible, or useless, they will not do it. Researchers report that field mice can even think through a strategy before doing something - though it may be that all they did was outsmart the researchers, which is not in all cases an extraordinary accomplishment.

Souffle had clearly outsmarted me for months as I attempted to capture him. Granted, I had been working under constraints, as I live in a household that does not condone a "removal by death" policy for uninvited interlopers - unless they happen to be wasps or, in rare cases, snakes and possibly tax assessors, all of which are disadvantaged evolutionarily by a distinct lack of cuteness. Instead I needed to snag Souffle alive in order to evict him. I might be taken from my house feet first in a box someday, but the mouse will not.

Despite pulling everything out of all the kitchen cabinets, I have not yet found where he has lived. I do know that he has a "safe place" in the stove, and he knows every hidden route to get there. But when I pulled the stove apart one afternoon determined to roust the mouse, there was no trace.

I even had him once, but he wriggled free before I got him outside. Like I said, he's smarter than I am. (After all, he's not the one who gets the tax bill every six months.)

Souffle is not the only mouse in our house. It's not uncommon to look up and see a whiskered nose peering down from the beams of our "old, rural home." Last Wednesday night, I'm pretty sure, I saw three of them up there in little lawn chairs wearing fake beards and watching the Red Sox on TV over my shoulder. I didn't scatter them, but I was ready to cut them off after the seventh inning if they got rowdy.

A mouse scampering through the attic at 3 a.m. can sound like a nursery of itchy raccoons. You can be awakened in the middle of the night by a ruckus that makes you wonder how one of the horses ever managed to get himself upstairs. There comes a time when enough is enough.But as a kitchen mouse, Souffle was my primary target. So it was with sleepy elation that I wrapped a dish towel around the Oatios box, thus capturing the elusive little fellow in preparation for his removal. I handed him over, and he was deposited elsewhere, near a stone wall out in the field where the coyotes roam.He was back by that night.

At least that's what it seemed like. In fact, it would appear that as soon as Souffle's sweet set-up was made vacant, the squatters came calling. Mice everywhere. I'm told that it hasn't been a great mast year out in the fields and forests; acorns are scarce, beech nuts are spotty, and there just isn't as much food in the woods. That means that mostly empty Oatios boxes are a more accessible source of food for the hungry rodent.

The replacement mice aren't nearly as clever as Souffle (though they know about the stove), and I heard the screen door on the porch slam four times through the night recently as a different mouse was caught and relocated. Well, probably a different mouse each time. Maybe.

If a mouse could talk, he might well point out that we are living in his habitat, not vice-versa. OK, fine. But snack on my leftover Oatios at your peril - or at least at the risk of a free ride to coyote town.