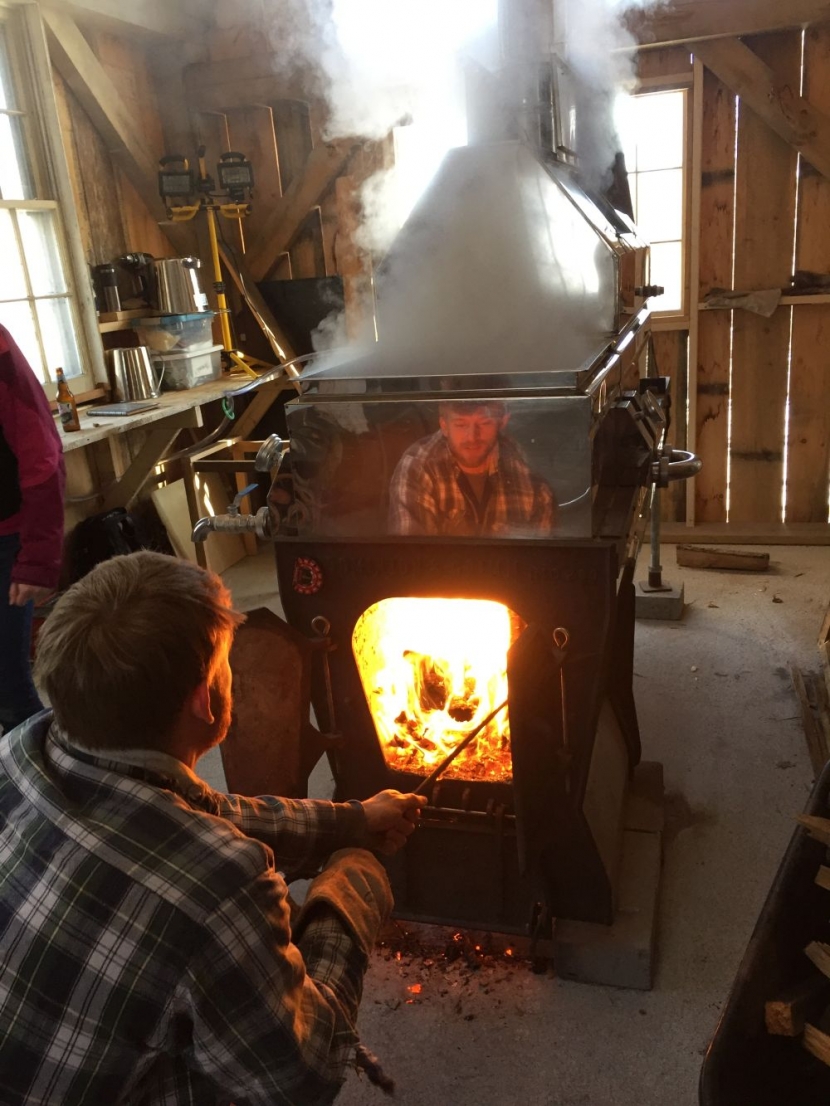 Gnarly ancient sugar maples are sentinels. They may grow for 200 years and slowly decline for another half century.

Yet perhaps you’ve seen how a young maple sapling can sprout from the living roots of its parent tree? More accurately, it’s a clone: an exact genetic replica of the ancient tree. The sprout grows quickly, nourished by the established network of roots. Hardwoods practice this resurrection trick, regenerating sprouts from cut stumps in a process that foresters call “coppice regeneration.” 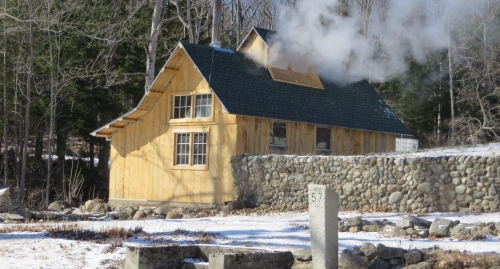 When we finally boiled sap for the first time last weekend, it felt just like that: resurrection with continuity in the experience.

Our lightly used maple equipment - call it “the rig” - came to us from Hinesburg, VT. Its former owner died suddenly late in 2012. His widow is now selling their farm and wished for the family’s maple legacy to live-on. We offered to buy all the equipment and provide a fine home in a classic new post and beam sugarhouse overbuilt by eager, ambitious and perhaps naïve NH sugar-makers. We carted untold labelled boxes of equipment, supplies and plumbing fittings back home to NH – mainlines, tubing, bulk tanks, pumps, taps, special tools, filters, canning supplies and more.

We planned a “soft opening” for this first season operating unfamiliar equipment in the new sugarhouse. This is a project a decade in the planning and three years of weekends in actual construction from logging and milling pine for the timber frame to hanging the last roof shingles. Boiling actual maple sap now represents the culmination of a project I call the “$10,000 waffle.”

With the thermometer at 8 degrees, we broke ice to pump cold maple sap beneath the surface from the outdoor bulk tank buried in remnant snow up to the sugarhouse loft feeder tank. The sap immediately began freezing in newly-installed hoses to the wood-fired evaporator. My son, Cody and I were determined to boil the first 160 gallons we’d collected from our 100+ taps. We re-routed sap directly into the cold pan and fired-up the arch. A risky gambit that frozen sap lines would thaw and flow before we reached boiling point.

It worked. The sugarhouse warmed as the wood-fired arch creaked and the smokestack pinged as the rig came to life. At its glowing heart, the shiny stainless steel evaporator we purchased from Hinesburg. We watched as steam billowed from the rooftop vent doors and sparks spilled from the chimney stack each time we stoked the fire. A milestone. 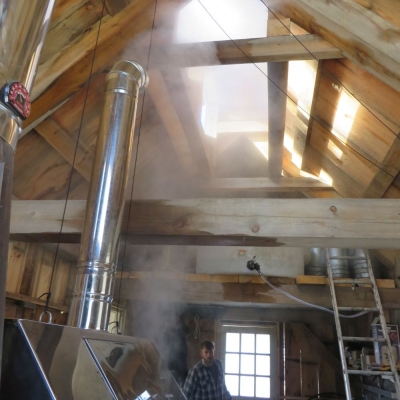 A box of supplies contained the glass maple syrup grading jars and fragile hydrometers that measure sugar content of clear maple sap and thicker, hot finished syrup. We found an old-fashioned kitchen egg timer in the box with seven minutes marked on the face of the dial. It turned out to be the exact interval for stoking wood in the arch and adding a tiny drop of defoamer to the rolling boil in the sap pan.

Our first-ever boil yielded 6 pints of finished syrup – 0.75 gallons- along with 40 gallons of half-cooked sap leftover in the evaporator for next time. As the rig cooled-down, we washed up took stock of what worked best and what needed improvement.  We began a new sugarhouse journal to record the gallons collected prior to boiling, total gallons processed to steam and the yield – if any - in finished syrup. We’ve got big plans for more taps, more efficient collection, easier filtration. But we’d settle for warmer temperatures and several more good sap runs.

Our first efforts felt guided by a sense of sugaring continuity; our confidence nourished by roots beyond our prior experience. Afterward, we received a copy of the sugarhouse journal from Hinesburg. It’s a sap-bucket-treasury of weather notes, stories and statistics. Handwritten notes reveal the personality of the family’s annual maple sugaring operations we’re now fortunate to perpetuate. 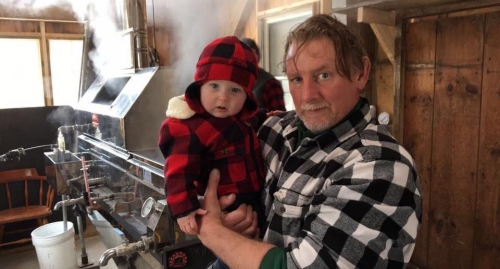 Experience it for yourself and your family

To experience maple sugaring with your family, sign up for our e-news to learn about sugaring events during the late winter/early spring season.