A Plant Plague You Learn To Avoid 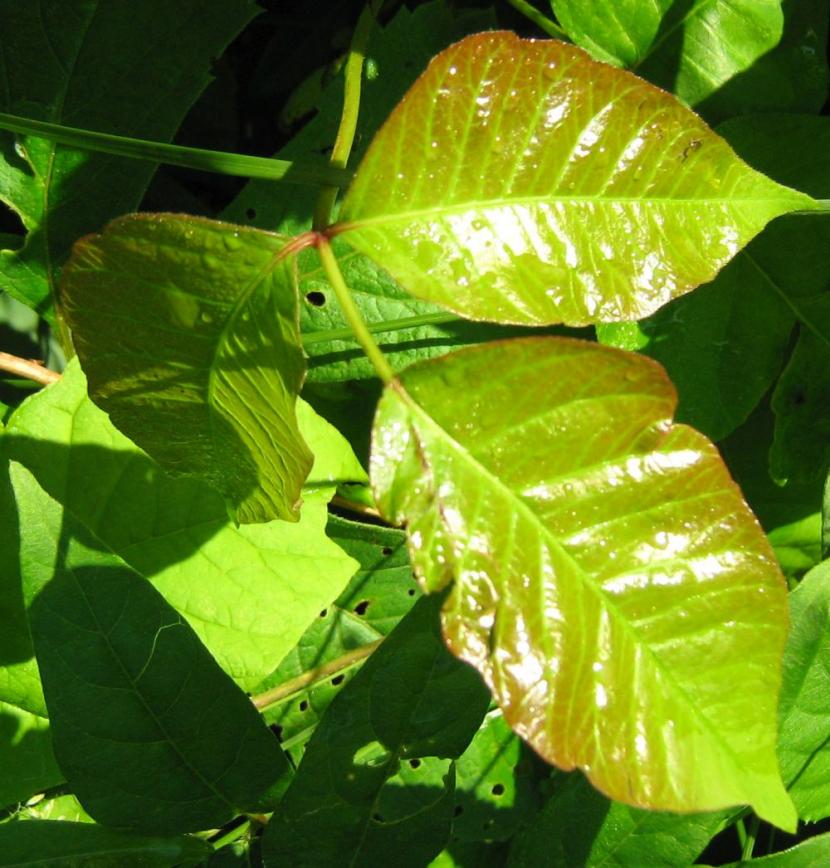 You can look but you better not touch - poison ivy. Photo by Ken Stern

Enigmatic, troubling and even oddly beautiful, this all-too-common plant helps people learn respect and restraint. Folk remedies can help ease symptoms. One silver lining cure prescribes a trip to the beach. In all cases, it’s best to learn to identify poison ivy, respect it and keep a healthy distance.

I’ve made my peace with poison ivy. It took four decades to come to terms with P.I. after the misery I suffered from this humble, tenacious and all-too-common plant.

As a lad, I was constantly plagued with itchy, weeping poison ivy blisters or slathered with Calamine lotion. Why did it have to be so… pink? I was briefly hospitalized from a secondary infection inside my fingers. Poison ivy made me suffer.

My grandfather’s cure instructed my parents take me to the beach to spend the day in astringent, icy-cold salt water. He said be sure to use a stiff scrub brush to open blisters and lather-up with a cake of old-fashioned, brown laundry soap, The lye and saltwater burned worse than any itchy rash. Eventually our family doctor prescribed cortisone steroid shots to lessen my allergic reaction. Now I rarely even get a faint hint of a rash. Of course I now also avoid poison ivy like the vegetative plague it is.

Poison ivy is easy to simply avoid once you learn to instantly recognize the plant. Learn poison ivy by its glossy three leaves and its common habit of forming a dense nasty mat of multiple stems and fence or tree-climbing vines. “Leaves of three? Let it be! Berries white? A poisonous sight!” was a familiar rhyme that apparently wouldn’t keep me out of the woods.

More important is to learn poison ivy by its preferred habitats. Some plants are fussy specialists with tight growing site tolerances for sun vs. shade, wet vs. dry and poor sandy soils vs. rich, deep loam. Poison ivy is a generalist. It wins by default on all disturbed sites including dry riverbank sand or rich, fertile silt in the deep shade of forest edges. The shifting soils of riverbanks, beach dunes, sand pits or roadside medians and ditches just beyond fences and guardrails are where poison ivy thrives. It spreads in a low carpet and it can climb fences, buildings and trees with its thick, reddish-hairy vines.

The oily glossy leaves of noxious plants in the genus “Toxicodendron” employ chemical warfare tactics. Vines, stems and leaves produce pale yellow oil called “urushiol” that causes contact dermatitis, the familiar poison ivy rash. Before oil is absorbed by the skin it can be removed with soap and water if caught immediately. But as much as 50% of the oil may be absorbed in the first ten minutes. Once oils penetrate skin, the immune system activates lymphatic defenses that dispatches a type of white blood cell called T-cell “lymphocytes” to the site of plant oil contact to wage an allergic reaction response that damages skin through the formation of weeping blisters.

The American Academy of dermatology estimates up to 50 million cases of urushiol-induced rashes annually. One local mom, Heather Moran recently passed along her family’s natural remedy for poison ivy rash. Ingredients: Cosmetic clay, fine grain sea salt and peppermint essential oil. Make a paste with clay and a pinch of sea salt in a small bowl, add 1-2 drops of peppermint. Apply this paste to the rash and let dry. Keep reapplying until the rash stops oozing.

Urushiol is the plant-specific “oleoresin” contained in poison ivy sap released when plant tissues are damaged or crushed. It seeps to leaf surfaces in late autumn to form a black lacquer in contact with oxygen. Oleoresins are valued for production of certain varnishes, sticky adhesives and glazes. Urushiol lacquer is used to produce the traditional Chinese, Korean and Japanese lacquer-ware pottery.

Poison ivy dominates sites altered by natural and human-caused disturbances. It thrives in dry sand and gravel or rich silt edges of parking lots and roadside ditches. In near-coastal forests and sandy dunes of pine and oak, poison ivy becomes the ubiquitous understory because it tolerates salt-spray and brackish flood tides. Poison ivy rapidly colonizes areas in the aftermath of severe storms including hurricane tidal surges. One legacy of more frequent severe weather events will include creation of more and better poison ivy habitats.

By human standards, poison ivy is a nasty, noxious weed. Ironically, people have done more to favor its recent success within its native range than nature would have otherwise provided. Poison ivy is far more common now than four centuries ago when Europeans first arrived in North America. People opened the forest canopy to sunlight and scraped-away damp spongy humus layers of soil. Countless thousands of fallow acres of disturbed sites lie in full or partial sun on the fringes of forests or areas under intensive cultivation as agricultural fields or as asphalt and lawn acreage of commercial and residential real estate. Creation of these extensive “edge habitats” has favored expansion of poison ivy beyond its former limitation to rare edges of dense eastern deciduous forests. We’ve brought this plant curse entirely upon ourselves.

Each summer, new generations of suburban kids find ways to escape the civilized confines of tidy playgrounds and manicured backyards to unintentionally become acquainted with this humble three-leaved plant. Poison ivy is weedy, opportunistic, tenacious and highly successful. It chemically teaches self-defense and adaptability. Poison ivy mirrors us. It follows us.

Alert Barbara Walters - If humans could collectively be any plant, we’d likely be poison ivy.