Is it Springtime Yet?

The Waiting is the Hardest Part
Dave Anderson
Wildlife 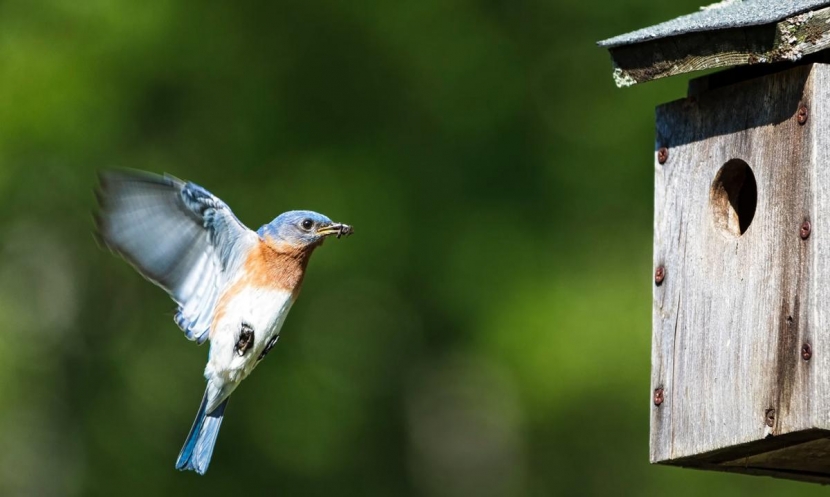 I heard the first soft lisps of bluebirds this weekend... Photo Garrett Evans

April pulls the same dirty tricks every year — particularly after we relax or let our guard down at the end of winter. A few decent days, then April delivers a gut-punch: swirling snow, sleet and freezing temperatures under gray skies.

While it hurts to see tender green daffodil and crocus shoots buried in snow, that’s a classic sign of northern spring.

It could be my fault: I took the snow tires off. Or it might be your fault: Did you put the skis and snow shovel back in the garage? Dig out your golf clubs? I saw a few really big dudes riding Harleys one recent warm afternoon. You tell them for me: it’s all their fault.

People welcome birds back to snow-free southern areas of the state while in northern counties, deep snow will prolong the delayed spring. There are season end celebrations at ski areas. There are annual small-time betting pools for lake “Ice Out” dates. The worst of the mud season along our back dirt roads is now behind us. Birds are singing — and someday soon, the sun will allegedly shine.

Where I live at the edge of a receding glacier between Mount Kearsarge and Mount Sunapee, flocks of juncos and a few song sparrows also arrived. I heard my first winter wren song and the first soft lisps of bluebirds. Bluebirds mixed in with the robins — both are thrushes — even as a thin coat of fresh snow fell.

The urgency of spring bird migration by males returning to breeding grounds is driven by real estate. Early males claim and defend the best territories with ample nest sites. Later-arriving females are attracted to the territories with the most promising access to food resources and take whichever male controls that territory. Make your own analogies. 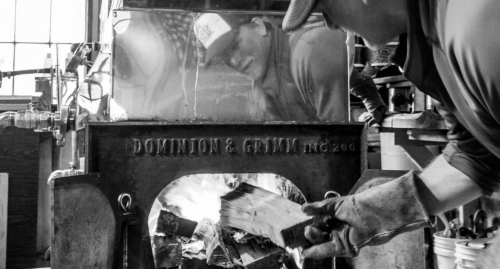 Unlike birds, maple sugar-makers heed weather and temperatures rather than daylight. Our maple season started two to three weeks late compared with recent early years. We waited a month after tapping in late February for the sap to finally get going. I played Tom Petty on repeat loop: the waiting is the hardest part. St. Patrick’s Day weekend has traditionally been our mid-season mark; this year it was opening weekend in our sugarhouse. I didn’t think we’d ever really catch up, but we continued into April.

We were ready to call it quits last weekend but then the weather hit the “reset” button. This weekend will be our last, yet maple season will likely continue a week (or more?) up north where there is a lot of remaining snow and with overnight temperatures below freezing. 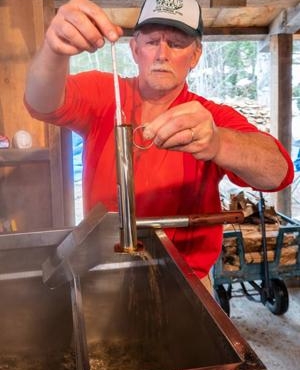 Pulling the taps will be a mercy now. Even as small-scale backyard producers, we’re fatigued from consecutive weekends boiling sap. There’s a lot of work ahead to pull taps, wash tanks, flush lines and scrub evaporator pans and sap buckets.

The standard metric of what is a respectable “crop” is a yield of one quart of syrup per tap or roughly 10-plus gallons of raw sap per tap. We didn’t quite hit that this year, but we got a whole lot closer than I would’ve guessed back in March.

Once I hear the April bluebirds and the first chilly spring peepers overnight, it’s definitely all over folks.