What's on the horizon for the Merrimack River?
Anna Berry
Recreation
Clean Water 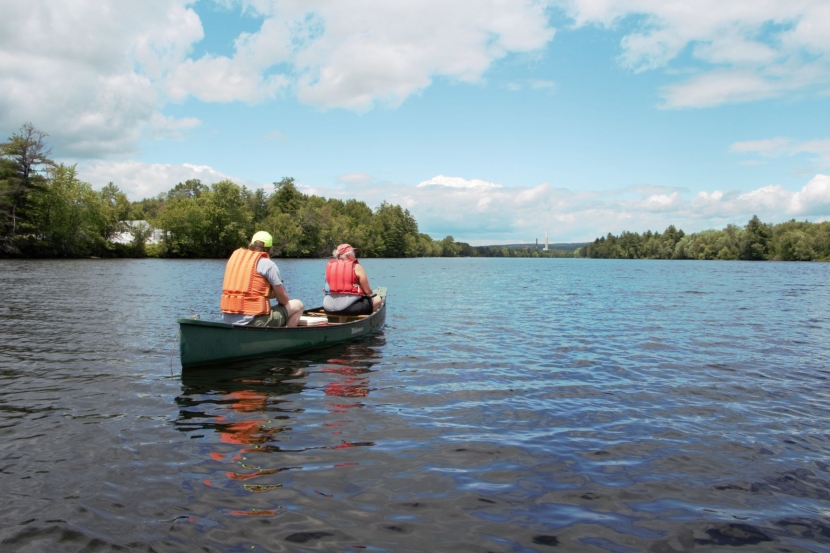 A family canoe trip on the Merrimack River brought back childhood memories.

Five years ago, when I found out my parents were moving to New Hampshire from Alaska — where I was born and raised — I had big plans for the outdoor adventures we’d have together.

I have many vivid memories of camping, fishing, and canoeing with my family around Alaska. However, it might surprise you to find out, we were not avid hikers. In many families, there is non-official, designated trip leader and in my household, it was my mom. She could start a fire in the snow or rain and was an expert paddler.

My mom learned to canoe from my grandfather, who taught his four daughters on the Potomac River in Maryland. And, during summers at Camp Walt Whitman in Piermont, New Hampshire, my mom canoed the Connecticut River and swam nearby on Lake Armington.

Then, as our family legend continues, she started her own family in Alaska and quickly realized how challenging it was to hike with both gear and children across the tundra. So, she returned to canoeing as a favorite mode of recreation.

It was easy, she says, to pack all four of us into a canoe and camp along a sandbar or beach. From the icy waters of the Gulkana River to the meandering Chena River, much of my childhood was spent on a canoe.

This summer, I was eager to finally introduce my children to the wonders of boating, and the hot, humid, pandemic conditions made socially-distanced paddling an ideal activity.

The premiere of a documentary the Forest Society has been working on for four years — called The Merrimack: River at Risk — also gave us the motivation to plan our first family canoe trip to explore the watershed.

From its start in Franklin, New Hampshire, the Merrimack flows through eight of the state’s 10 largest cities, and then runs through Lowell and Lawrence to its mouth at Newburyport. The Merrimack River watershed — the land area that ultimately drains to the river — totals about 3,275 square miles or 2.1 million acres.

The watershed’s 2.6 million residents directly depend on the Merrimack watershed for drinking water, local food and forest products, and close-to-home outdoor recreation. And, the Merrimack Valley is a haven for wildlife, also contributing to the larger Gulf of Maine marine ecosystem, according to the Merrimack Conservation Partnership.

The birthplace of the Industrial Revolution in America, the Merrimack River was left heavily polluted as a result of industrial growth. But, thanks to the Clean Water Act of 1972, the Merrimack has been cleaned up considerably over the last 50 years. Remarkably, more than 80 percent of the Merrimack watershed is still undeveloped and largely forested. However, in 2016, it was named one of the most endangered rivers in the United States by the nonprofit American Rivers.

The ominous designation prompted the Forest Society to begin working on the documentary as a way to educate people across the region about the urgent need to protect this river at risk.

Behind the scenes, the Forest Society and members of the Merrimack Conservation Partnership — representing 33 private organizations and public agencies in New Hampshire and Massachusetts — have been working together on water protection, advocacy, restoration, outreach, and education for nearly a decade.

Although I’ve spent more than 10 years living in the Merrimack River watershed, I generally take the river for granted and I was eager to rediscover it after learning what was at stake.

With my parents as our guides, my family and I set off for our first river trip on a hot, humid afternoon last month. We packed up cold drinks and lifejackets, and put our canoes in the Merrimack near the dog park in Hooksett.

It was not an epic journey — my strokes were rusty and my children were still getting their sea legs. But, in less than a mile, we enjoyed a leisurely float north, pointing out ducks and dragonflies and watching for fish. 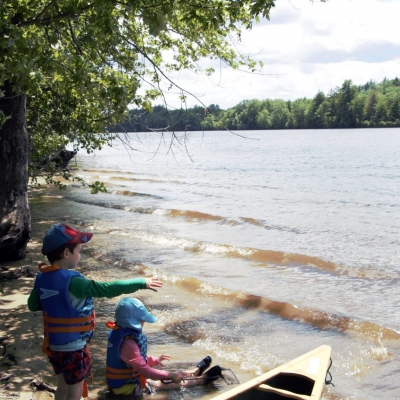 We took a break to swim in the very warm, very shallow water, and refueled with snacks on dry land. The whole trip took less than two hours. But, it was meaningful to me to introduce my children to the peaceful rhythm of paddling and to travel a corridor together that has been used for thousands of years, starting with Indigenous peoples including the Abenaki and Pennacook.

Two days after our trip, we learned that our state is another step closer to saving the Merrimack, as the Environmental Protection Agency announced that the City of Manchester will “implement a comprehensive set of corrective measures and improvements to the city’s sewer system that will result in significant reductions of sewage,” according to a press release.

The 20-year, $231 million cleanup project will mean a healthier, more resilient watershed for my children, future generations, and beyond.

Anna Berry is the digital outreach manager for the Society for the Protection of New Hampshire Forests. 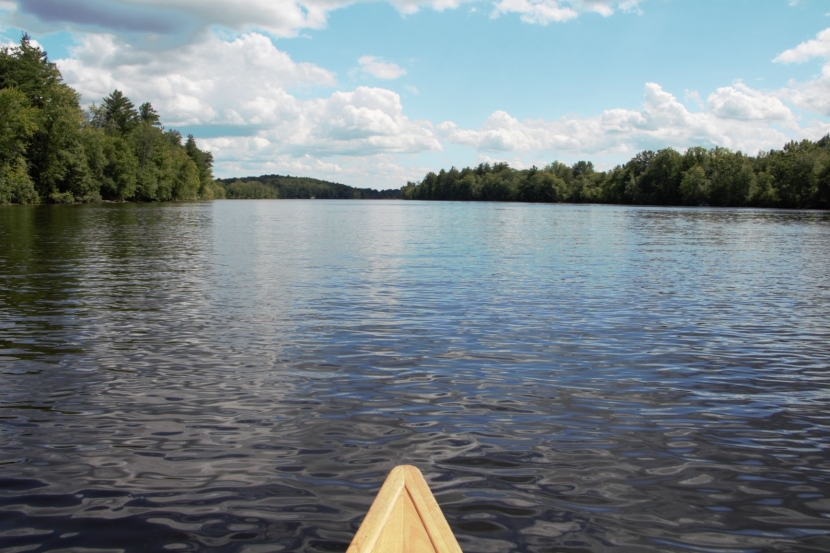 Take a Virtual Field Trip on the Merrimack

Join Anna Berry and her family on a canoe trip along the Merrimack River in this episode of Lunchtime Live, an ongoing video series keeping you connected with the natural world.