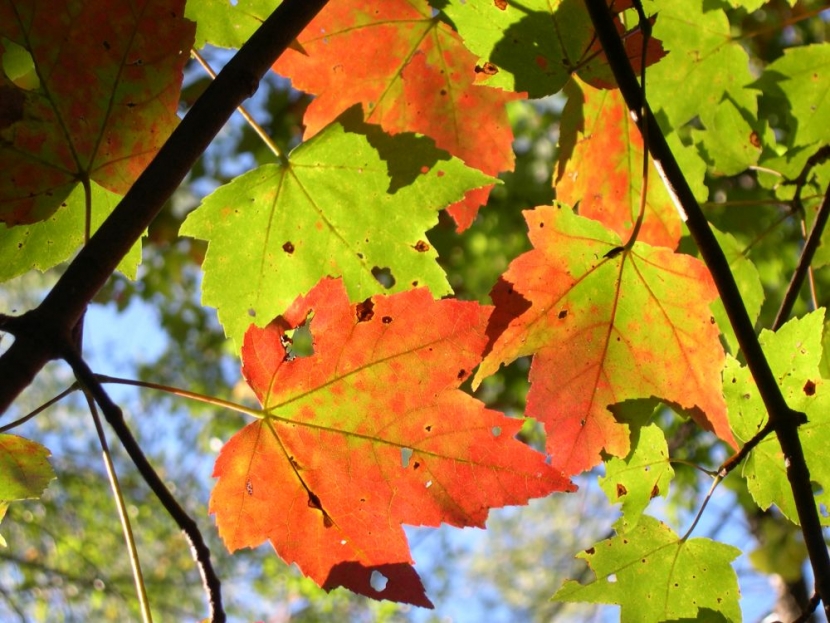 The brightest reds -- and some of the earliest color -- in the fall foliage palette come from swamp maples. Photo Dave Anderson

For lovers of NH forests, nothing beats fall foliage season. The cresting wave of tourism sweeps into our state already awash in fall colors - yellow, orange and red… don’t forget that green!

Annually before September, the Forest Society and state tourism officials field earnest inquiries: “How’s the foliage going to look this year?” Serious journalists beat a path right to our door to ask breathlessly “when will fall colors peak?” It’s likely the same for Santa Claus at the North Pole come December? The attention lasts for but a few, brief shimmering weeks. Now like Santa on Christmas Eve, it’s time to deliver.

People talk about the weather – just for talking’s sake. Like baseball pundits at Spring Training in March speculating about the prospects for October, someone has to venture a foliage forecast even before the first frost. It’s all good news by most accounts this year: the foliage display promises to be spectacular once again. 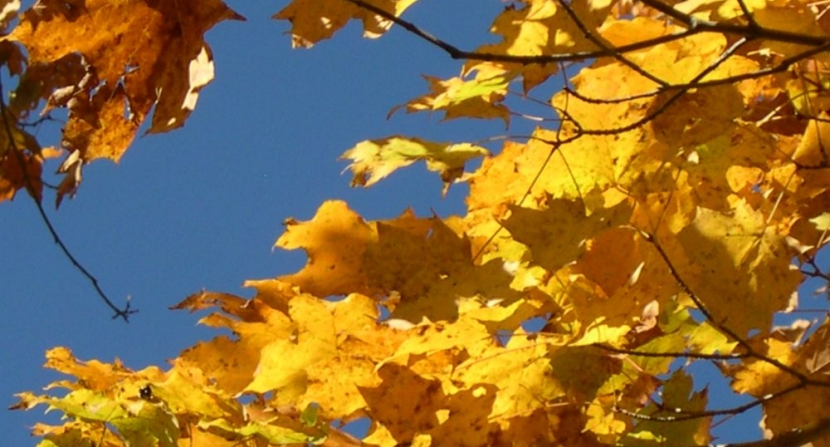 It all began as a “hurry up and wait” kind of season. Early color arrived before the end of September, even earlier in the North Country and White Mountains. Cool temperatures yield earlier foliage colors. Early leaf-peepers were treated to surprising early colors up north. We experienced a cool late summer – sweatshirts at Labor Day following a not too wet nor too dry summer. Forecasting foliage is as fitful as the weather. The rate of change slowed when hot summer weather arrived in late September. Remaining green leaves resumed their progression to yellows and orange as October arrived with a light dusting of snow on the high peaks, frost in the valleys and seasonally-cool temperatures.

Foliage season varies from year to year in intensity and color and the duration of peak colors. It’s never the same show twice. Compared to anywhere else on Earth, the display is astounding in any given year. It’s like seeing the aurora borealis – the northern lights. I think most people are grateful to ever witness a natural phenomenon of such beauty. Only locals might dare argue how many angels can dance on the head of a pin.

Whether vibrant, muted or pastel, foliage colors are not only a function of weather but also of forest composition. Colors vary by species, tree vigor and forest health which in turn is a function of tree age, growing conditions and stress. Older trees and those subject to stress from insects or disease are late to leaf-out in spring and lose leaves earlier each autumn. Droughts like the summer of 2016 can cause trees to lose leaves early. Wet weather including periodic heavy summer rains allow fungal agents – molds, powdery mildew, rusts - to gain the advantage. Wet weather increases occurrence of black tar spot on non-native Norway maples and native sugar maples. Anthracnose fungus can cause leaves to appear yellow and spotty and then shrunken and dry. Street trees and ornamental shade trees in suburban or urban settings with roots beneath asphalt streets and concrete sidewalks experience more stress than trees growing in vast forests blanketing NH mountainsides.

In general, spectacular scarlet colors that people seek most are those of the maples. Red maples aka “swamp maples” grow in wetlands and along rivers. They turn red early due to the stress of growing on wet sites. Often red maples in beaver swamps blush before Labor Day, betraying summer. “Judas trees” I heard one old-timer call them. While red maples tolerate wet sites, sugar maples prefer moist, enriched sites and are often associated with plantings along rural roads near farms. Red pigments are manufactured in leaves in autumn when sugars trapped in the leaves interact with sunlight. Sunny weather yields brighter red colors. Cool cloudy, rainy days yield more pastel pink and pale orange colors.

Birches, aspens and ash tend to turn brilliant yellow without the red display characteristic of maples. Yellow and orange colors are present in the leaves all summer long but are masked by green chlorophyll. When chlorophyll breaks down in autumn, the yellow and orange colors are revealed. American beech and red oak in central NH and white oak and shagbark hickory in southern portions of NH are nut-bearing trees important for wildlife. Beeches and oaks turn directly from green to pale yellow, copper and brown. Beech and oak are among the last to lose leaves, often in November days relegated to “past peak” on fall foliage maps. 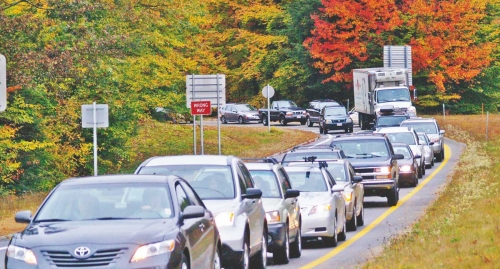 According to Taylor Caswell, Commissioner of the New Hampshire Department of Business and Economic Affairs, “fall tourism, particularly viewing foliage and enjoying varied outdoor recreation, is a major contributor to New Hampshire’s tourism businesses.” The New Hampshire Division of Travel and Tourism 2017 fall foliage forecast predicts all-time high for both visitation and spending. The agency projects a total of 9.75 million visitors – a 4% increase over 2016 – and total spending of $1.5 billion - a 5% increase over 2016. Columbus Day weekend is projected to bring 710,000 visitors and more than $100 million in spending to NH. 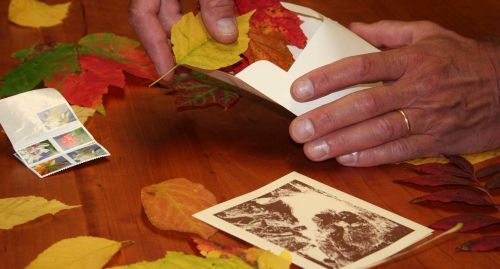 Colorful leaves hold their colors for a time after they've given up their hold on autumn tree limbs. A collection of fallen leaves can make a unique autumn postcard to areas of the country less colorful than NH in autumn.

With an initial early onset to fall colors, the last question is typically “how long will the fall colors last?” Typically after colors peak, leaves become more vulnerable to wind and rain. Without heavy rains or high winds, autumn leaves may remain attached to twigs longer and we might experience an extended season; even more so in sheltered locales well south of the White Mountains. It’s all about the weather.

Leaves do remain colorful - even if briefly - while swirling in the air and lying on the ground. Yet people tell me they prefer viewing leaves on the trees. All too soon, cold, wind-driven rain will shred the colorful tapestry, stripping trees to bare naked limbs. The flurries of fallen leaves rustling in the streets at night will give way to less colorful flurries - silent, cold and white.